Hawley tweeted a statement that he would be objecting to the electoral college certification process in the Senate on Jan. 6. Walmart responded, saying: “Go ahead. Get your 2 hour debate. #SoreLoser.” (RELATED: Sen. Josh Hawley To Object Electoral College Certification Process On January 6) 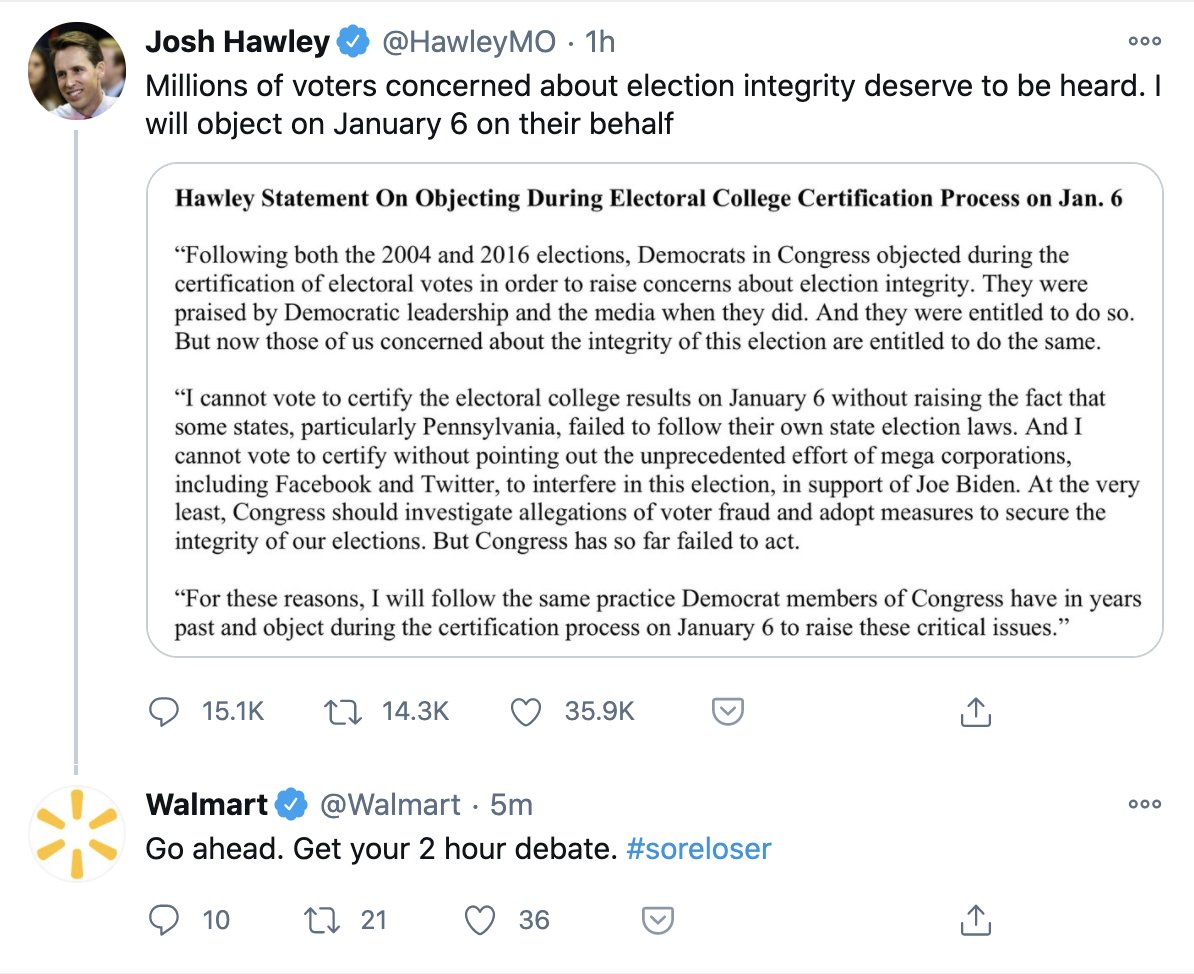 It’s possible the tweet was the result of a mixing up of accounts, although Walmart has not offered an explanation of the incident yet at this time. Social media managers have accidentally tweeted inappropriately from corporate accounts in the past, thinking they were tweeting from a personal account.

Millions of voters concerned about election integrity deserve to be heard. I will object on January 6 on their behalf pic.twitter.com/kTaaPPJGHE

This will certainly be deleted. But for a brief moment in time, Walmart was in The Resistance. pic.twitter.com/Xal3bf0F69

Hawley is one of a number of Republican lawmakers who have expressed interest in contesting the electoral college certification on Jan. 6. The Missouri senator is thought to be a potential GOP presidential candidate in 2024.