China granted conditional market approval for its first homegrown coronavirus vaccine Thursday and officials say they plan to vaccinate up to 50 million people in the coming weeks.

The vaccine was developed by state-owned pharmaceutical company Sinopharm although phase-three clinical trials were already put into emergency use over the past few months for frontline medical workers and other vulnerable groups, National Health Commission vice-minister Zeng Yixin said in a statement. 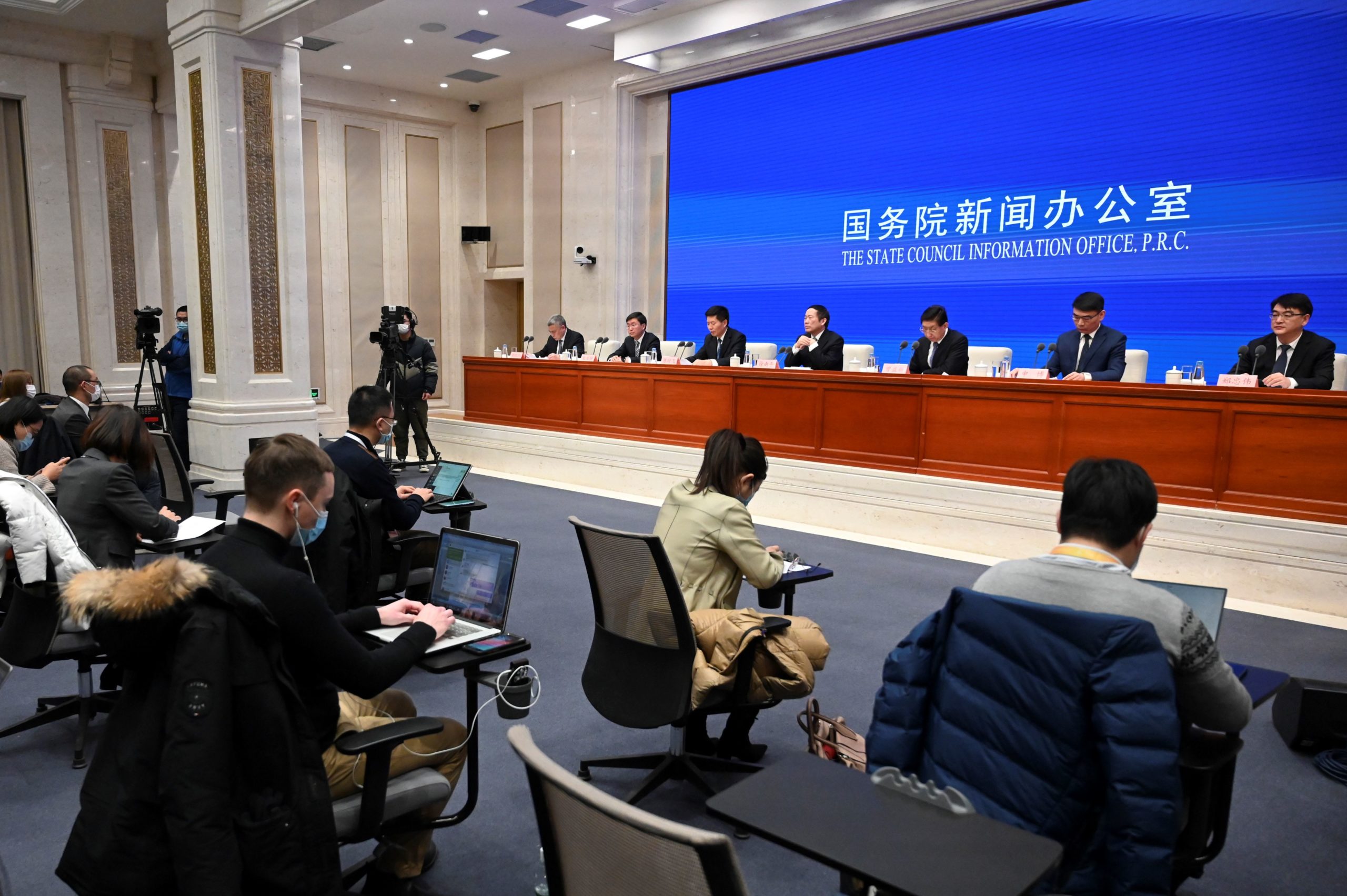 A press conference on COVID-19 coronavirus vaccinations is held by the State Council Information Office in Beijing on December 31, 2020. (Leo Ramirez/AFP via Getty Images)

Chen Shifei, deputy head of the National Medical Products Administration, noted in a Thursday press conference that the vaccine demonstrated a 79.3% efficacy rate in clinical studies. There are 14 additional coronavirus vaccines currently under clinical trials, including five under phase-three trials.

Chinese health officials also promised to deliver vaccinations for free and hope to inoculate as many as 50 million people before the Lunar New Year celebrations in February, according to CNN. “Vaccine is a public good by its nature, and the price may vary based on the scale of use, but an important premise is that it will be provided to the public for free,” Zeng said.

The Sinopharm vaccine is less effective than those developed by Pfizer-BioNTech and Moderna, both of which demonstrated efficacy rates over 90% in clinical studies. A lack of details from Chinese authorities could also contribute to skepticism about the quality of China’s vaccines, according to CNN. (RELATED: China Sentences Citizen-Journalist For Challenging China’s State COVID-19 Narrative)

China has confirmed roughly 95,000 coronavirus cases and close to 5,000 deaths, according to the Johns Hopkins Coronavirus Resource Center. But official government statistics may be unreliable as a Monday study from the National Health Commission suggested that Wuhan experienced almost 10 times its official number of confirmed cases.

Sinopharm chairman Liu Jingzhen said in a statement Nov. 27 that the company’s vaccines would not require freezing temperatures for storage, unlike those developed by Pfizer-BioNTech and Moderna. He noted this would make it easier to export vaccines to developing countries and claimed Sinopharm could produce more than a billion doses next year.

Pakistan science minister Fawad Chaudhry has already said his government will buy 1.2 million doses of the Sinopharm vaccine, according to the Associated Press.