Democratic New York Gov. Andrew Cuomo announced Wednesday that 6,700 fans will be permitted to attend an upcoming playoff game at the Buffalo Bills stadium, and the governor said he’ll be in attendance.

The game, which is set for the weekend of Jan. 9 through Jan. 10, is reportedly part of the state’s plan to begin “re-opening businesses safely,” according to the New York Post. Anyone wishing to attend the match must show proof of a negative COVID-19 test and drive-up virus checks will be stationed in the parking lot, the Post reported.

“We’re looking to test a hypothesis,” Gov. Andrew Cuomo said of the plan last week, according to a separate Post report. “The National Football League currently does games without testing. The Buffalo Bills are going to have a playoff game. … Could we allow fans to the game with testing and then contact trace after the game? That’s what the Department of Health has been working on.” 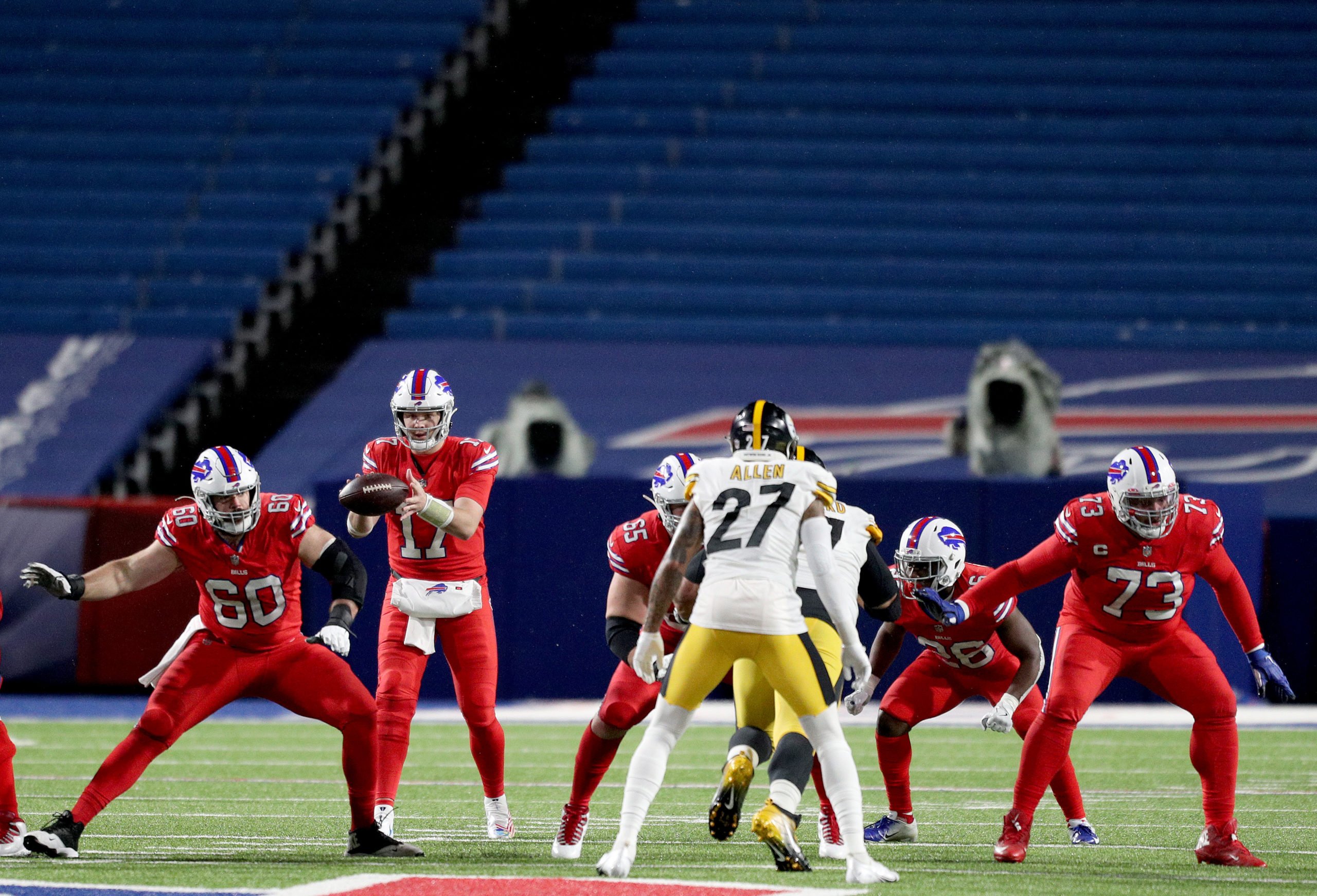 Josh Allen #17 of the Buffalo Bills takes the snap against the Pittsburgh Steelers during the third quarter in the game at Bills Stadium on December 13, 2020 in Orchard Park, New York. (Bryan M. Bennett/Getty Images)

Masks are required for entrance, and tailgating is prohibited, the Post wrote. Additionally, a positive coronavirus test bars access to the event, according to the New York-based outlet.

Cuomo; however, has not signaled that he plans to re-open restaurants and bars, which have been shuttered for indoor dining since mid-December. The Democrat’s closure order follows a survey that approximately 54% of New York restaurants are set to close in the next six months if relief does not arrive, Eater New York wrote, citing statistics it obtained from 238 businesses. (RELATED: Cuomo Says Addicts In Rehab Facilities Are Next In Line For Coronavirus Vaccine)

“They have captured a certain energy and charisma that is effective,” Cuomo said of the Bills, according to the Post. “We really have to take this seriously. We really don’t want the fact that the Bills are in the playoffs to be a negative in terms of COVID.”