President-elect Joe Biden overruled numerous objections while overseeing the 2017 certification of President Donald Trump’s Electoral College victory, but advisers to Vice President Mike Pence have not said whether he intends to do the same while presiding over Biden’s victory certification on Jan. 6. 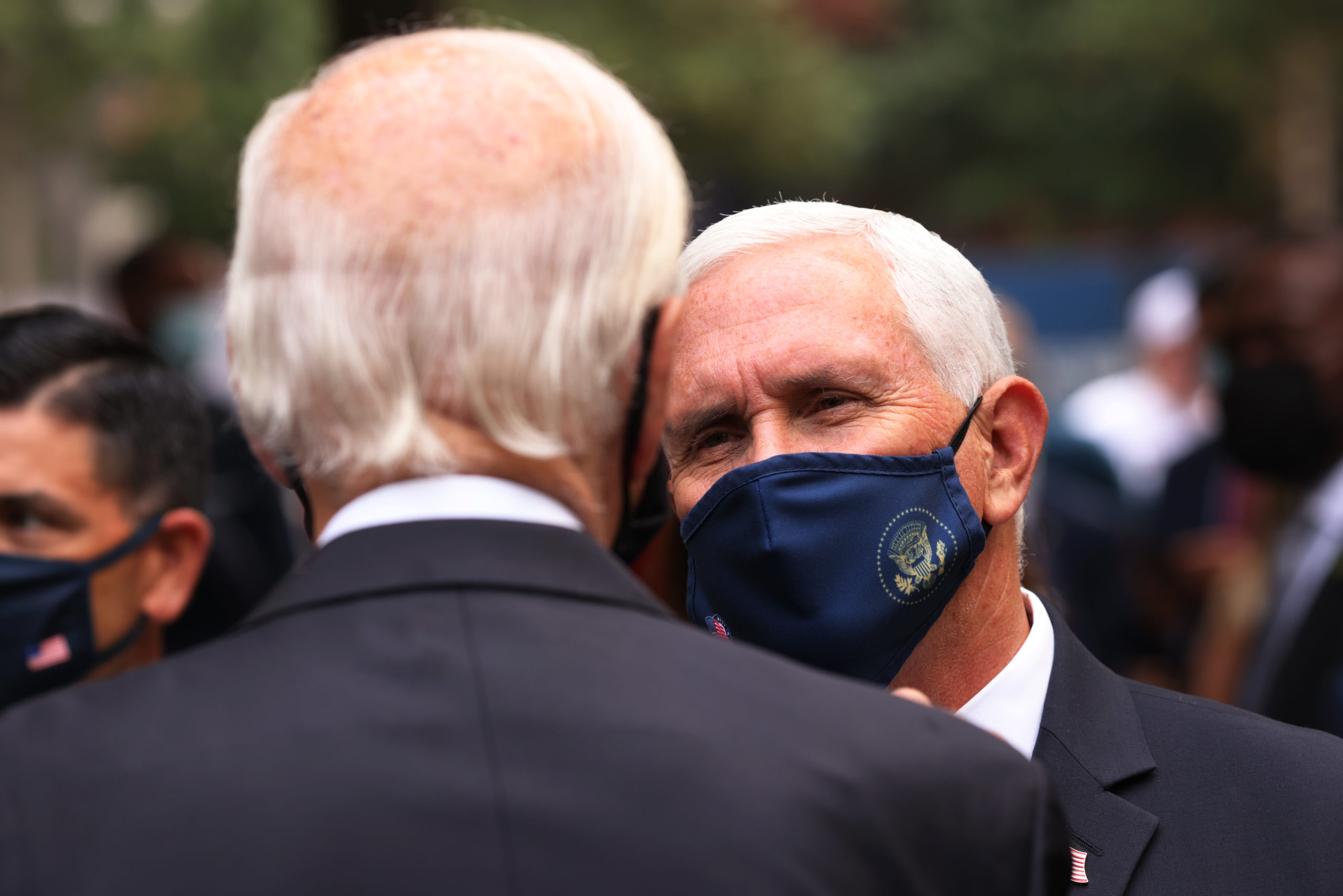 NEW YORK, NEW YORK – SEPT. 11: Democratic presidential nominee and former Vice President Joe Biden and Vice President Mike Pence speak during a 9/11 memorial service at the National September 11 Memorial and Museum on Sept. 11, 2020 in New York City. The ceremony to remember those who were killed in the terror attacks 19 years ago will be altered this year in order to adhere to safety precautions around COVID-19 transmission. (Photo by Michael M. Santiago/Getty Images)

Additionally, gallery protesters were removed from the chamber after standing and reciting the Constitution. (RELATED: Trump Ditches Last Mar-A-Lago New Year’s Eve Party As President, Heads Back To DC Early)

Multiple Pence staff members did not return Daily Caller’s inquiries on the subject by press time.

Trump has reportedly privately pressured Pence to overturn the election results during the special joint session. The president has also openly encouraged Republican members to object to the certification of the results and additionally has invited his supporters to protest in Washington, D.C. that day.

JANUARY SIXTH, SEE YOU IN DC!

“Following both the 2004 and 2016 elections, Democrats in Congress objected during the certification of electoral votes in order to raise concerns about election integrity,” Hawley said in a statement released Wednesday. “They were praised by Democratic leadership and the media when they did. And they were entitled to do so. But now those of us concerned about the integrity of this election are entitled to do the same.”

“I cannot vote to certify the electoral college results on January 6 without raising the fact that some states, particularly Pennsylvania, failed to follow their own state election laws. And I cannot vote to certify without pointing out the unprecedented effort of mega corporations, including Facebook and Twitter, to interfere in this election, in support of Joe Biden. At the very least, Congress should investigate allegations of voter fraud and adopt measures to secure the integrity of our elections. But Congress has so far failed to act.”

Though Hawley is the only senator to publicly commit to objecting on Jan. 6, any states’ results he and a House member jointly object to must then be debated and voted on by the entire Congress.

“I hope I’m wrong,” Kinzinger stated on The Bulwark Podcast. “I’m guessing it could be upwards of 100.”