The National Guard has reportedly been called to Los Angeles to help overwhelmed county workers dispose of bodies due to a spike in coronavirus cases.

Hospital morgues have become filled as private mortuaries are running out of space, according to The Los Angeles Times. The National Guard is now helping workers move corpses into storage at the L.A. County Department of the Medical Examiner-Coroner, according to the report.

As conditions worsen in the state, doctors, nurses and paramedics are also being forced to make decisions as to who gets care and at what level, according to the report.

“No one would believe this is in the United States,” Scott Byington, a critical care nurse at St. Francis Medical Center in Lynwood said, according to The Times. “Everyone is doing what they can do. It’s not that anybody is slacking. It’s just that it’s too overwhelming for everyone.”

Byington said on a recent shift, a sick patient had to be treated in the ER hallway because the hospital had run out of space. Unfortunately the patient did not survive, according to the report. 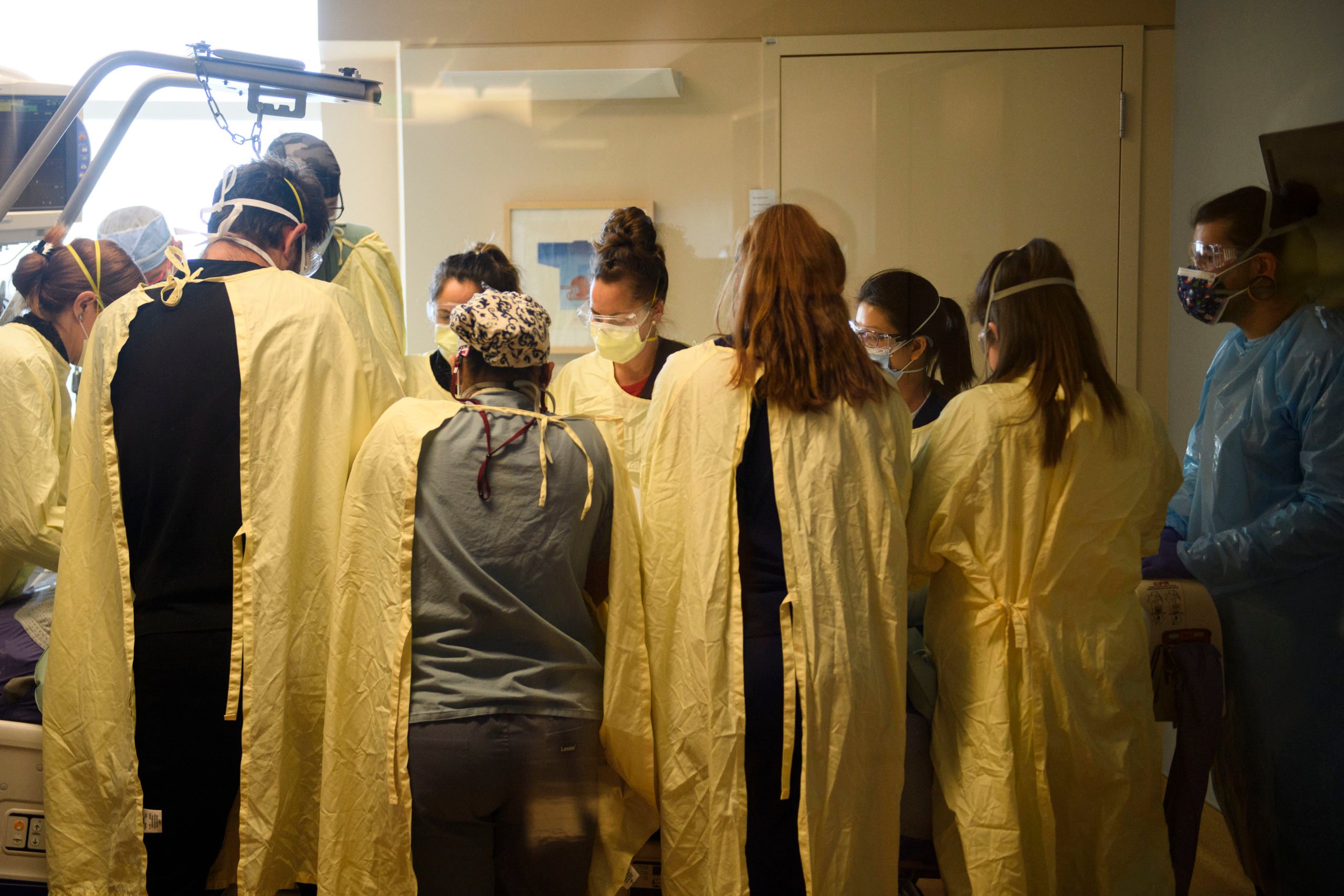 A team of health care workers including physicians, nurses, certified nursing assistants, and respiratory specialists wear personal protective equipment (PPE) while turning a patient from their stomach onto their back in the Covid-19 intensive care unit (ICU) at Renown Regional Medical Center on December 16, 2020 in Reno, Nevada.  (PATRICK T. FALLON/AFP via Getty Images)

“When it came time for them to pass, they passed in the hallway.”

Cathy Chidester, director of the county Emergency Medical Services Agency said that in order to deal with the large influx of patients, 9-1-1 patients with a do-not-resuscitate directive will not be taken to acute-care facilities like a hospital. Some trauma patients whose hearts have stopped will also not be taken in, according to the report.

As of Wednesday the county reached 10,000 coronavirus deaths since the pandemic began, recording 262 deaths that day alone which broke the single-day record for COVID-19 deaths, according to the report.

Democratic Gov. Gavin Newsom announced Wednesday that the more contagious mutant strain of the virus from the United Kingdom had been found in the state.

Regional stay-at-home orders in Southern California and the San Joaquin Valley were extended indefinitely as of Tuesday due to the dramatic spike in cases.