The U.S. Census Bureau will fail to meet a Dec. 31 deadline for reporting data used to draw congressional seats, the agency announced Wednesday.

If the data is not submitted before President Donald Trump leaves office on Jan. 20, his attempt to exclude unauthorized immigrants from the tallies used to establish seats in the House of Representatives could be in jeopardy, the Associated Press first reported.

The bureau said in a statement that it is aiming to deliver its state-by-state data “in early 2021, as close to the statutory deadline as possible.” It is the first time in 44 years that the deadline has been missed.

“This important process, which has been a part of every decennial census, is critical to produce data that can be used for apportioning seats in the House of Representatives among the states. The schedule for reapportioning this data is not static. Projected dates are fluid. We continue to process the data collected,” the statement said. 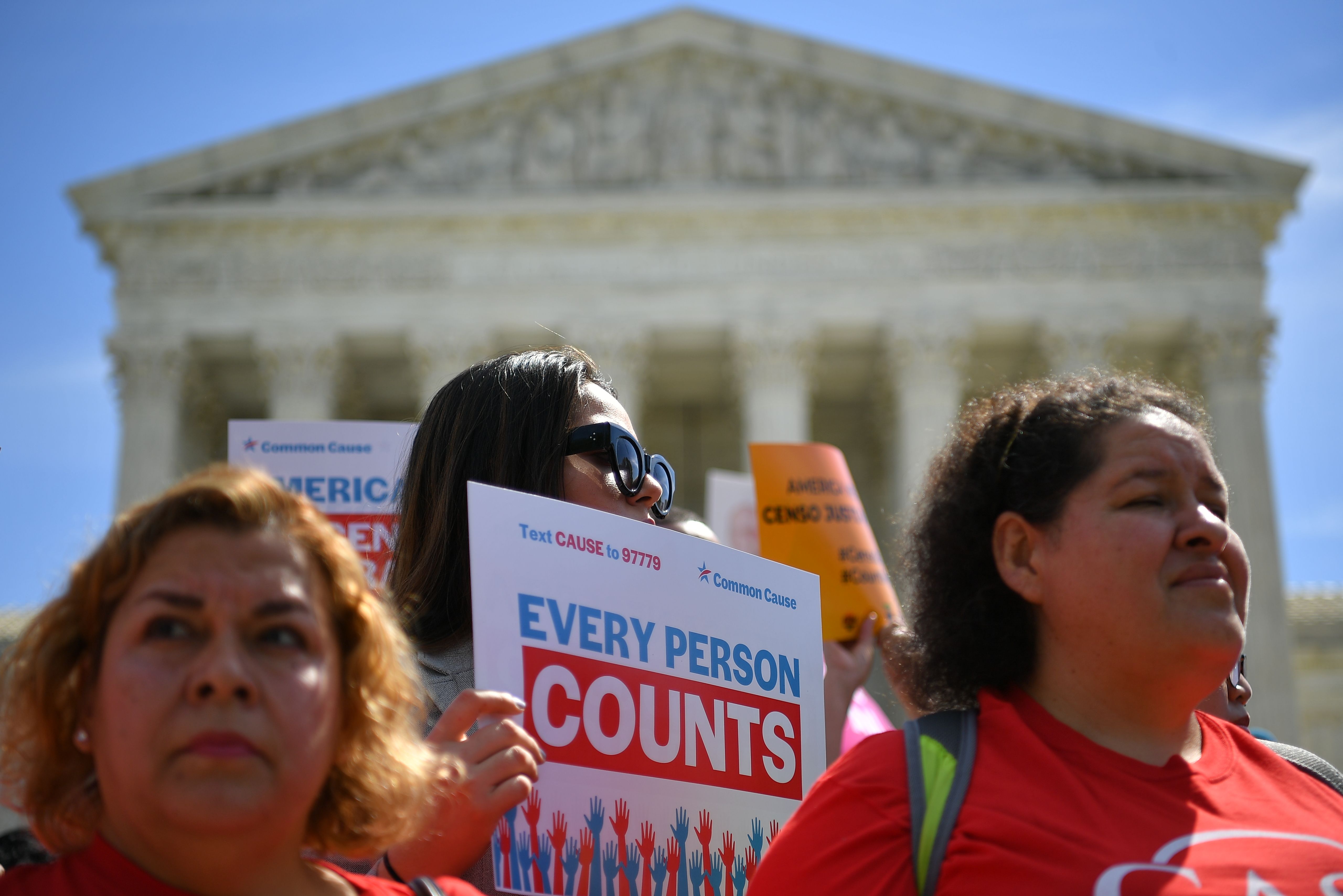 Demonstrators rally at the Supreme Court to protest a proposal to add a citizenship question in the 2020 Census on April 23, 2019. (Mandel Ngan/AFP/Getty Images)

Census Bureau documents released by the House Oversight Committee in early December indicated that the data may not be delivered until late January, possibly giving Biden a path to reverse the Trump administration’s efforts seeking to exclude undocumented immigrants.

One document said that the likely reporting date is Jan. 23, after Biden is sworn in, while another details 13 “anomalies” that the agency still needed to address.

The Supreme Court rejected the Trump administration’s bid to alter the census count in July 2019 after finding that its true rationale for seeking to do so did not match its arguments, but left open the possibility for the administration to present future arguments.

The court punted on the issue again earlier in December, rejecting a challenge to block the administration’s effort because its plans remained unclear.

Removing unauthorized immigrants from the count could benefits Republicans in the upcoming redistricting process since doing so would likely lead to an undercount in more Democratic areas with higher immigrant populations. (RELATED: Republican Success Down-Ballot Could Give Them An Advantage For Redistricting Process)

Biden has spoken out against the move, saying that it ignores the Constitution, which does not say that census counts should be limited to U.S. citizens.

“Congress must give the experts at the Census the time to make sure everyone gets counted correctly,” Biden said earlier this month.