The maneuver was the 13th U.S. mission through the disputed strait this year but was the first time in 2020 when the Navy sent two destroyers there, the South China Morning Post (SCMP) reported. (RELATED: American B-52s Fly Over Persian Gulf To Show Military Power As Tensions With Iran Heat Up)

The transit of the Arleigh Burke-class guided-missile destroyers USS John S. McCain (DDG 56) and USS Curtis Wilbur (DDG 54) through the Taiwan Strait, “in accordance with international law,” was a demonstration of “the U.S. commitment to a free and open Indo-Pacific,” the U.S. Navy announced Wednesday.

“The United States military will continue to fly, sail and operate wherever international law allows.” 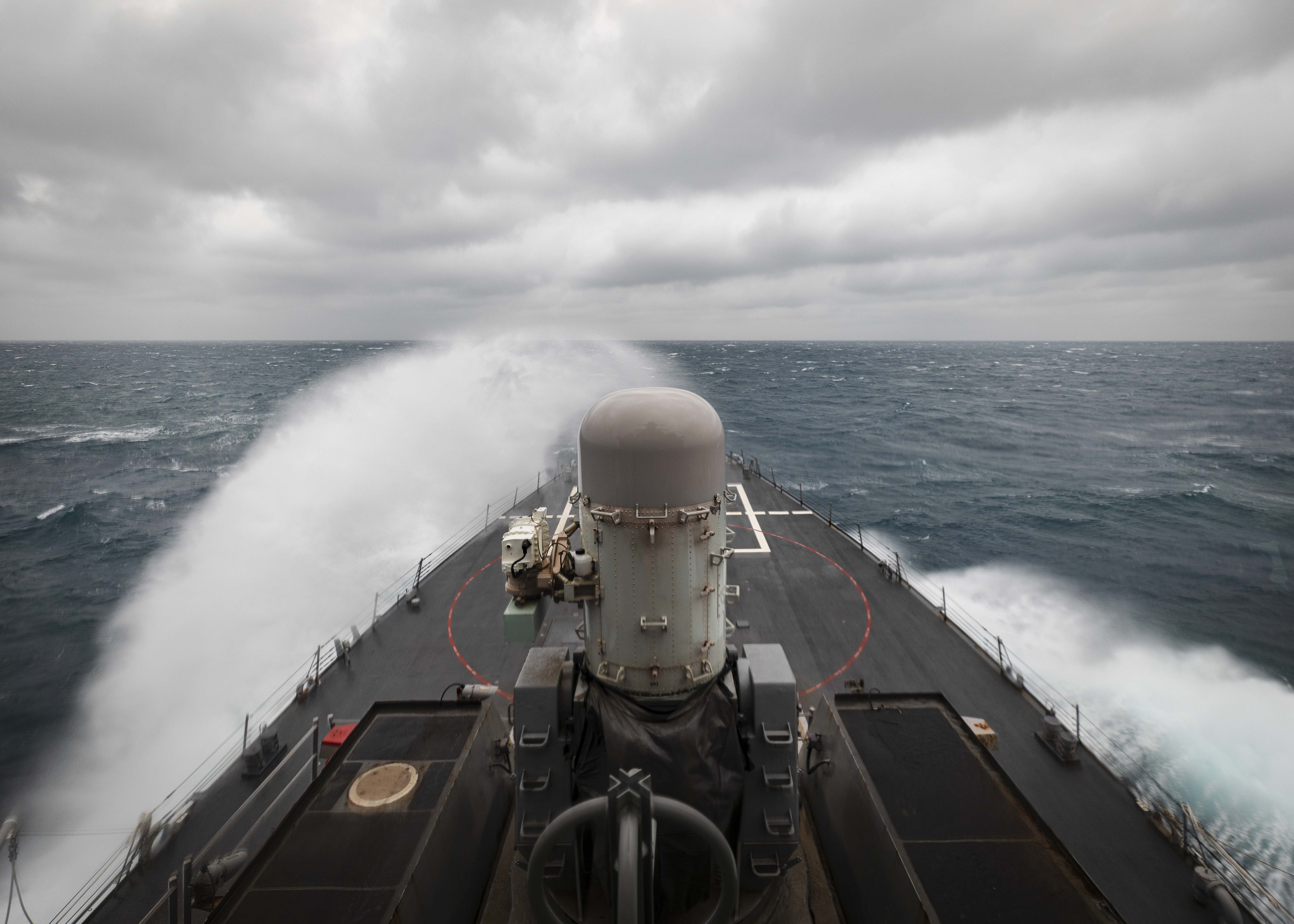 The maneuver follows the Chinese Navy beginning three “massive” 10-day exercises simultaneously off its southern coast, in which China’s first indigenous aircraft carrier “Shandong” and the Type 075 amphibious assault will participate, on Tuesday, according to the SCMP.

“The PLA keeps high alert all the time and is ready to respond to any threats and provocations and will resolutely safeguard China’s national sovereignty and territorial integrity,” an official press release stated.

Taiwan’s Defense Ministry said it had observed the American ships’ passage and that “the situation is normal,” according to the Associated Press (AP).

The U.S. sent the USS Mustin guided-missile destroyer through the Taiwan Strait early in December to demonstrate American commitment to “a free and open Indo-Pacific,” the SCMP reported. China followed up by sending its aircraft carrier Shandong through the waterway, according to SCMP.

Earlier on Wednesday, the U.S. conducted a similar demonstration of military power against Iran by flying B-52 bombers over the Persian Gulf, ostensibly cautioning Iran against threatening American interests in the region ahead of Gen. Qassem Soleimani’s first death anniversary.