President Donald Trump on Thursday extended the work visa and green card ban through March 31, noting the continued threat of the coronavirus and high unemployment.

The ban applies to immigrants who want to come to the U.S. on an H-1B and other employment-based visas. The ban also applies to those seeking a green card.

“The effects of COVID-19 on the United States labor market and on the health of American communities is a matter of ongoing national concern, and the considerations present in Proclamations 10014 and 10052 have not been eliminated,” the White House said in a statement.

“Moreover, actions such as States’ continued imposition of restrictions on businesses still affect the number of workers that can be hired as compared with February 2020.”

The ban was set to expire Thursday. (RELATED: California Judge Strikes Down Trump Administration Rules That Would Limit Visas To Skilled Workers)

Trump issued a 60-day ban in April that limited the amount of green cards issued in order to limit competition in the job market as unemployment soared. 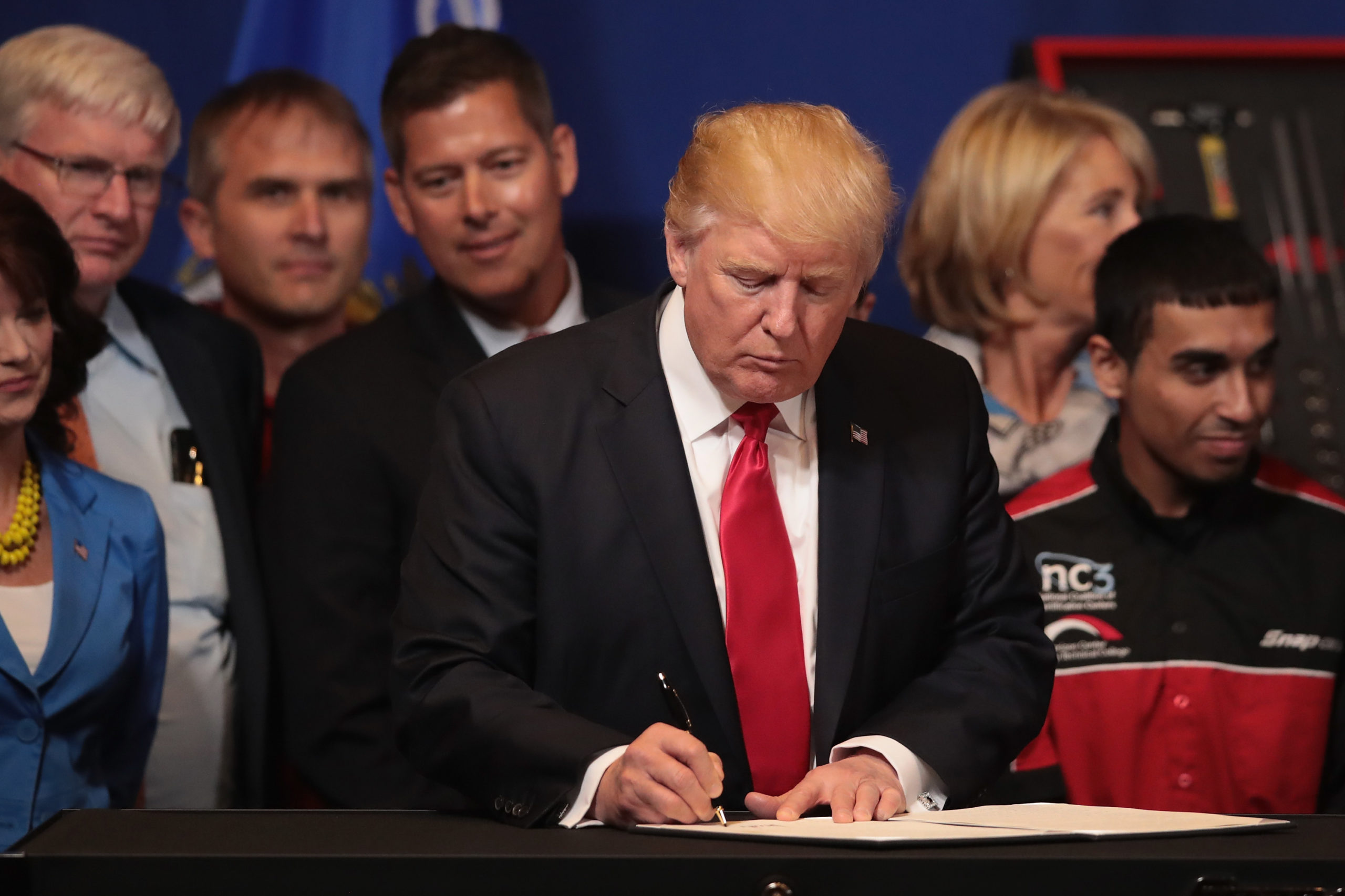 KENOSHA, WI – APRIL 18: President Donald Trump signs an executive order to try to bring jobs back to American workers and revamp the H-1B visa guest worker program during a visit to the headquarters of tool manufacturer Snap-On on April 18, 2017 in Kenosha, Wisconsin. (Scott Olson/Getty Images)

“To protect American workers I will be issuing a temporary suspension of immigration into the United States,” Trump said at a White House briefing in April, according to CNBC.

The president signed a temporary order in June that expanded April’s order, barring immigrants seeking employment-based visas such as H-1B and H-2B visas, along with J-1  and L-1 visas. The order made exceptions for lawful permanent residents, foreign workers involved in treating and researching the coronavirus and those working in the food-supply chain.

It is unclear whether President-elect Joe Biden will lift the ban. Biden has previously said he would lift immigration bans that cover several Muslim-majority and African nations. Biden has also been clear that his administration wants to control COVID-19 and his team has said that winding down all of Trump’s policies too fast could cause issues, according to The Wall Street Journal.