A study published Friday in the journal PLOS One argues that female leaders were not inherently better than male leaders in responding to COVID-19.

The study was conducted by political scientists and mathematicians at American and British universities. They reviewed COVID-19 infection and fatality rates, finding “no statistically significant differences between Covid-19 fatality rates in countries run by women versus men. Instead, political and national culture were bigger indicators of success during the pandemic. The authors argue that the narrative around women being better than men at responding to COVID-19 formed due to media focus on the success of female leaders like New Zealand’s Jacinda Ardern and Norway’s Erna Solberg.

Throughout the pandemic, media outlets and some politicians have argued that female leaders are best able to lead their countries through the COVID-19 pandemic. An April Guardian article claimed, “women have managed the coronavirus crisis with aplomb… few [countries] with female leaders have done badly.” Forbes lauded “women [for] stepping up to show the world how to manage a messy patch for our human family.”

Former Democratic presidential candidate Hillary Clinton claimed that the pandemic was proof that the world needs more female leaders. “There is a correlation between countries with women leaders and very positive responses to COVID-19.” Therefore, in order to defeat the pandemic, “women have to be at the table,” she said at a virtual summit hosted by CARE International.

Former head of the International Monetary Fund Christine Lagarde echoed Clinton’s sentiments. “I’ve learned that women tend to do a better job” as leaders, she said. 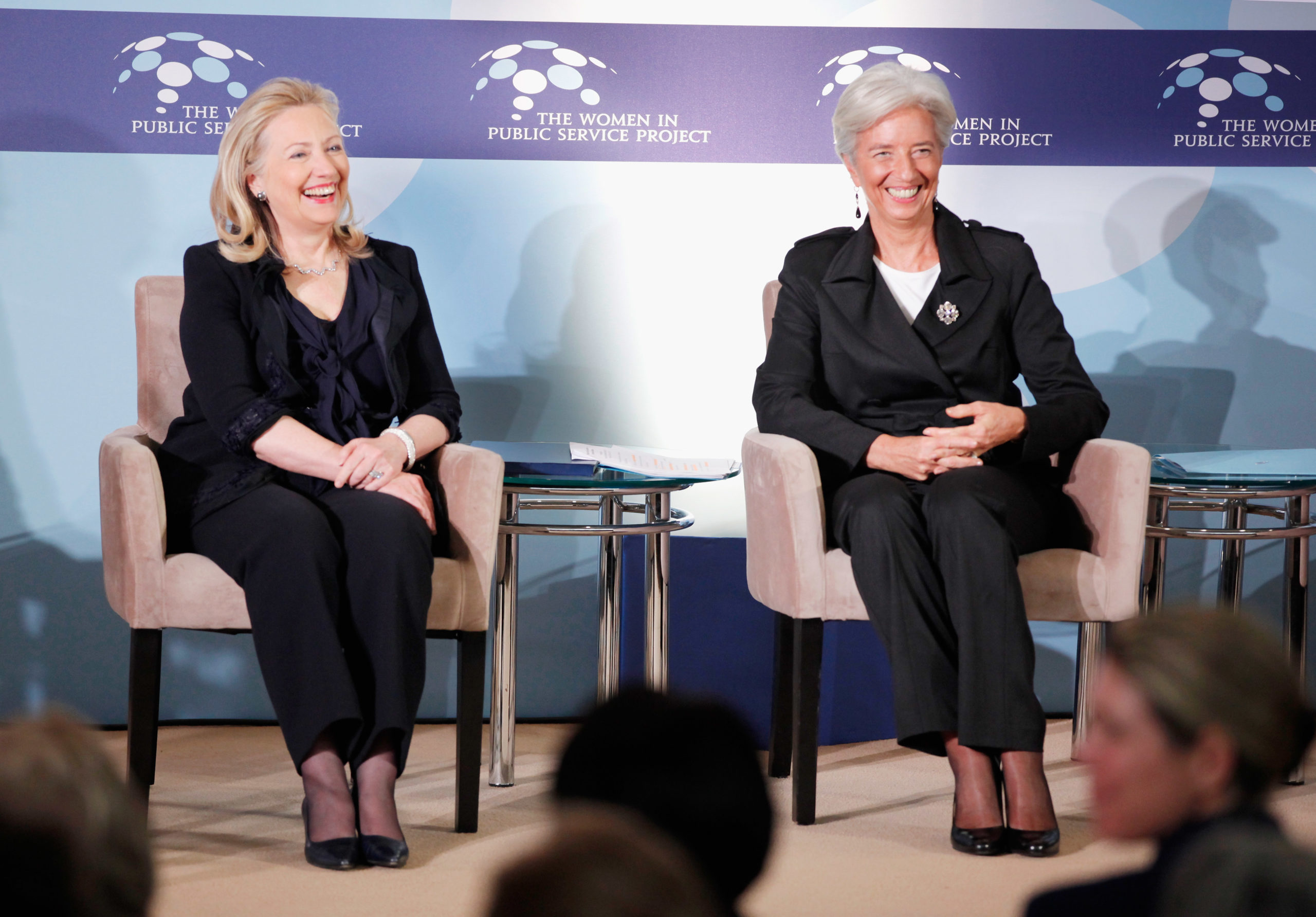 U.S. Secretary of State Hillary Clinton (L) and International Monetary Fund Managing Director Christine Lagarde participate in the Women In Public Service event at the Department of State December 15, 2011 in Washington, DC. Both Clinton and Lagarde argued that the COVID-19 pandemic would be best solved by female leaders. (Photo by Chip Somodevilla/Getty Images)

However, many female chief executives lead countries that were already positioned to respond well to the pandemic. The PLOS One study argues that national culture informs both the likelihood of a country having female leaders and of responding to COVID-19 in an effective manner. Those countries’ cultures are more likely to value “minimal role differentiation between genders, encourage sympathy for the weak, and elect women to multiple political positions.” The mere fact of a woman leading a country did not make that country more likely to have a successful response to the pandemic.