The number of deaths in large commercial aircraft crashes worldwide rose to 299 in 2020, despite the number of crashes dropping by more than 50% compared to the previous year, according to a Dutch aviation consulting firm.

The Netherlands-based aviation consulting company To70 said that there were 40 accidents involving big commercial passenger airplanes in 2020, Reuters reported. Five of those accidents were fatal, with 299 total deaths. In 2019, there were 86 accidents, eight of which were fatal, resulting in 257 total deaths. (RELATED: Report On Military Plane Crashes Finds Most Due To Lack Of Training)

More than half of all 2020 fatalities To70 reviewed were the 176 people that died in January 2020 after Iran accidentally fired missiles at a Ukrainian plane using a Russia-built Tor-M1 surface-to-air missile system, Reuters reported. 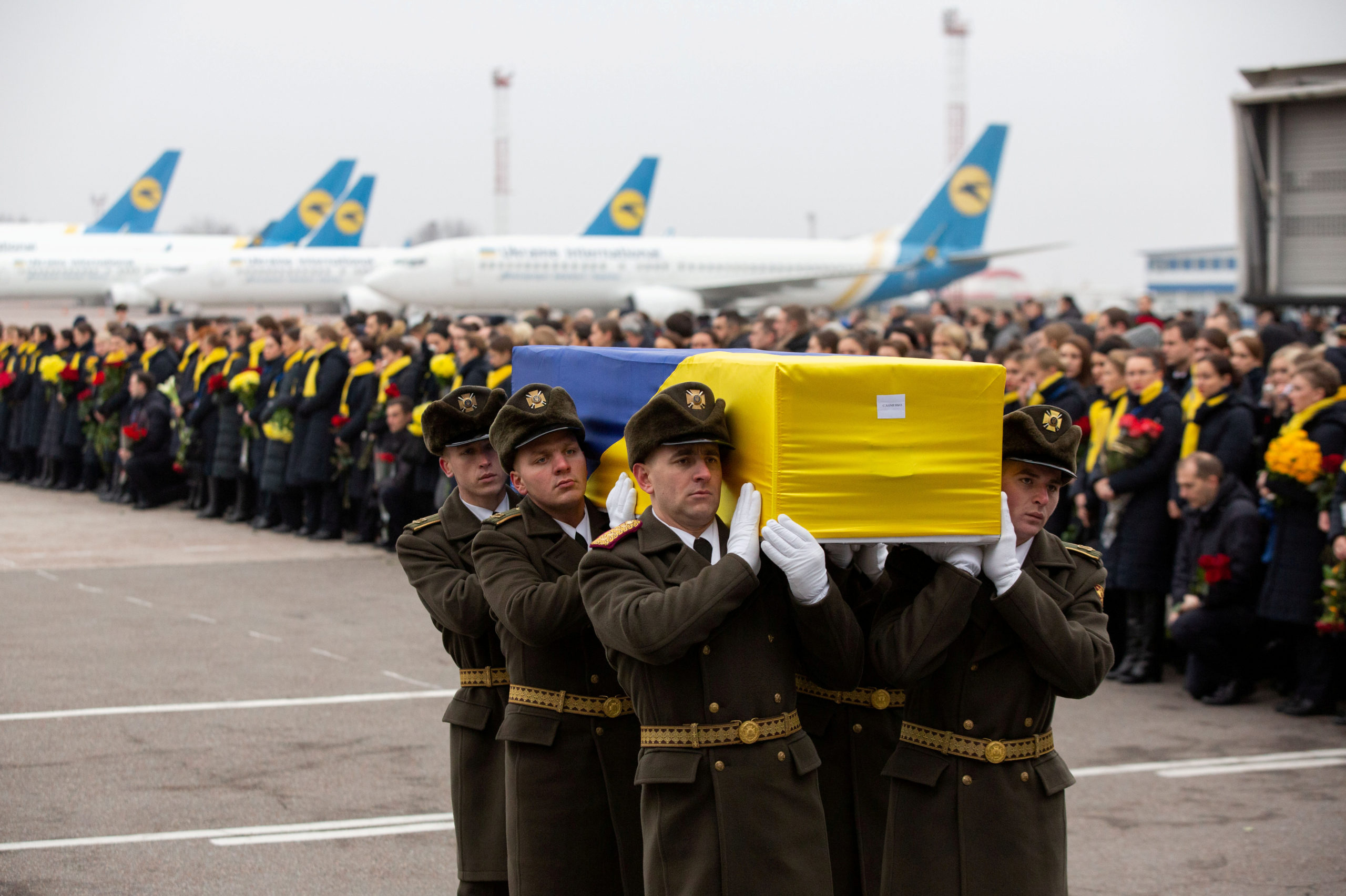 Soldiers carry a coffin containing the remains of one of the eleven Ukrainian victims of the Ukraine International Airlines flight 752 plane disaster during a memorial ceremony at the Boryspil International Airport, outside Kiev, Ukraine January 19, 2020. (Ukrainian Presidential Press Service/Handout via REUTERS)

The May 2020 crash of a Pakistani airplane, allegedly resulting from pilot distraction, involved 98 deaths, Reuters reported.

The decrease in the number of crashes in 2020 resulted from a steep slump in air travel due to the COVID-19 pandemic, according to Reuters. Despite the 2020 increase, aviation deaths have been dropping dramatically on aggregate over the past two decades, the Aviation Safety Network (ASN) said, according to Reuters.

The United States has not had a single fatal U.S. passenger aircraft crash since February 2009.