Democratic Speaker of the House Nancy Pelosi announced a resolution calling for the elimination of gendered terms for the 117th Congress Friday, but the California Democrat still has the terms “mother” and “grandmother” in her Twitter bio.

Pelosi and Democratic Massachusetts Rep. James McGovern announced a resolution Friday intended to “honor all gender identities” by modifying pronouns in the House rules and references to family relations, such as father, mother, son, daughter, brother, sister. These words would be changed to “parent, child, sibling, spouse, or parent-in-law,” according to the resolution. (RELATED: Pelosi Claims ‘Faith-Oriented’ Lawmakers Say They ‘Don’t Believe In Science’)

Though Pelosi herself announced the changes, the California Democrat’s Twitter profile retains language that does not follow these guidelines. As of 1:30 pm Saturday, her profile said, “Speaker of the House, focused on strengthening America’s middle class and creating jobs; mother, grandmother, dark chocolate connoisseur.” 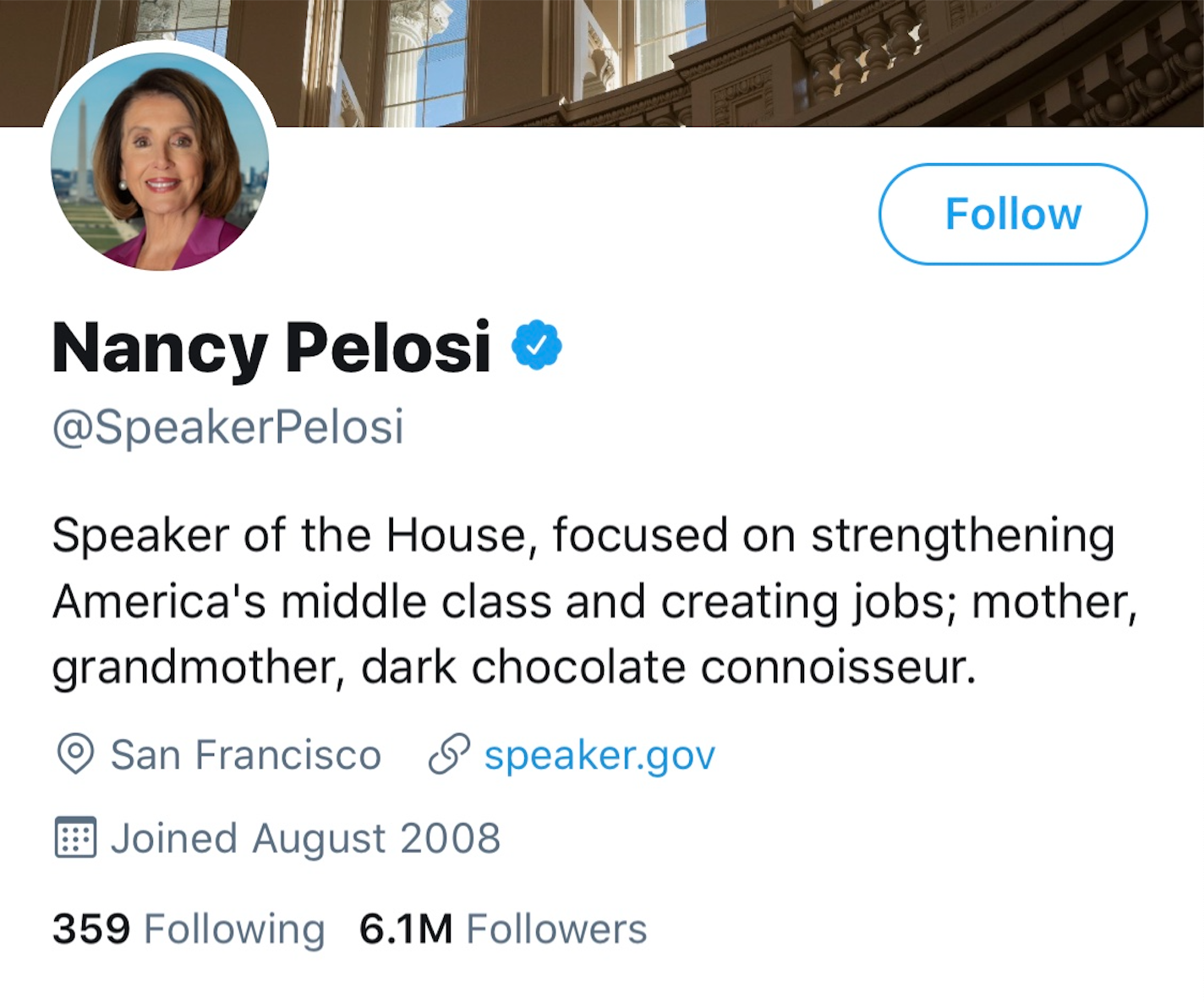 Her office did not respond to multiple requests for comment from the Daily Caller News Foundation as to why her profile contains the words “mother” and “grandmother.” She has often referred to herself using both of these words to describe her relationship to her children and grandchildren. (RELATED: Proposed House Rules Eliminate Gendered Terms Like ‘Father’ And ‘Daughter’)

As a mother & grandmother, I know that our children are the most precious and important things that life can offer. That’s why I will continue fighting to advance policies that help them, their mothers and their families. Happy #MothersDay! pic.twitter.com/jcdqTwIcA3

As mother of 5 & grandma to 9, I know how vital it is to ensure kids have the care they need. Make sure your kids get covered! #MomKnowsBest

The resolution would change “pronouns and familial relationships in the House rules to be gender-neutral or removes references to gender, as appropriate, to ensure we are inclusive of all Members, Delegates, Resident Commissioners and their families – including those who are nonbinary,” the announcement said. Extended family members, such as an aunt or uncle, would be referred to as “child’s parent.”