“Vice President Pence shares the concerns of millions of Americans about voter fraud and irregularities in the last election,” Pence’s chief of staff Marc Short said in a statement to The Hill. “The Vice President welcomes the efforts of members of the House and Senate to use the authority they have under the law to raise objections and bring forward evidence before the Congress and the American people on January 6th.”

At least 140 Republican House members intend to object to certification on Wednesday, according to a brief filed by Republican Texas Rep. Louie Gohmert as part of a lawsuit against Pence that asked him to throw out the election results in key battleground states. That lawsuit was quickly dismissed by a judge on Friday hours after it was filed. 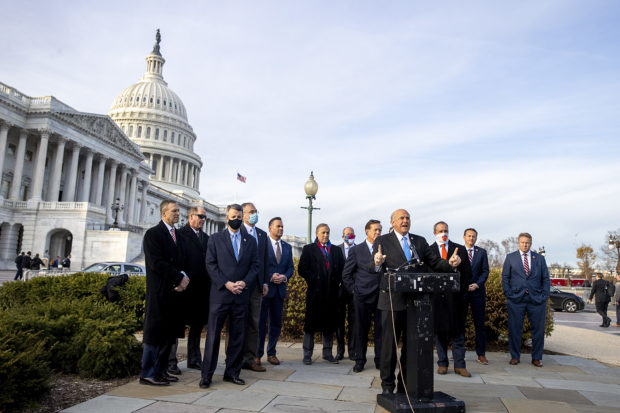 WASHINGTON, DC – DECEMBER 03: Rep. Louie Gohmert (R-TX) talks to the media at a press conference outside the US Capital on December 03, 2020 in Washington, DC. (Photo by Tasos Katopodis/Getty Images)

The Hill called Pence’s statement “the most extensive remark” the vice president’s office has made regarding the proceedings, over which Pence plays a mainly ceremonial role.

While the vice president has called for all “legal votes” to be counted, he has not echoed Trump’s claims that the election was “rigged.” (RELATED: Frank Luntz: Republicans May Lose Senate ‘Because Of What The President Is Doing Right Now’)

Efforts to overturn the election results are highly unlikely to succeed, but these objections do mean they will need to be debated in both chambers and be defeated by a majority of legislators in each. Biden currently leads in the Electoral College 306-232.