A Hill-Harris X poll found 75% of voters said the $600 stimulus checks were “too little,” the Hill reported Monday.

The poll was done from Dec. 30 until Jan. 3 and 15% said the checks were the right amount while eight percent said the amount was excessive, according to The Hill. Most from political parties were in agreement that the $600 wasn’t enough, with 77% of Democrats and independents and 71% of Republicans in agreement.

“Voters across party affiliation and income levels are of a consistent view that $600 in COVID relief is too little and a strong majority agree with President Trump and the Democrats that $2,000 is an appropriate amount and more support is needed,” Dritan Nesho, CEO and chief pollster at HarrisX, said to Hill.TV, according to The Hill.

“This sentiment is a pressure point for Senate Republicans as the Biden administration takes office and could lead to another round of COVID relief and stimulus,” Nesho said to Hill. T.V., according to The Hill.

Congress voted by an overwhelming majority on Dec. 21 to pass the $900 billion COVID-19 stimulus package as well as the $1.4 trillion government spending bill. The package designates Americans making less than $75,000 a year would get $600 and couples earning less than $150,000 would receive $1,200 and $600 for every child, according to a summary.

The president said Dec. 22 he wouldn’t sign the bill as it was and urged Congressional lawmakers to increase the $600 checks to $2,000 during a video he tweeted. Trump urged for additional help to small businesses, “in particular, restaurants.”

Trump said the bill Congress passed included several “wasteful items,” foreign aid and environmental funding assistance included and called for them to be withdrawn from the bill during the video. 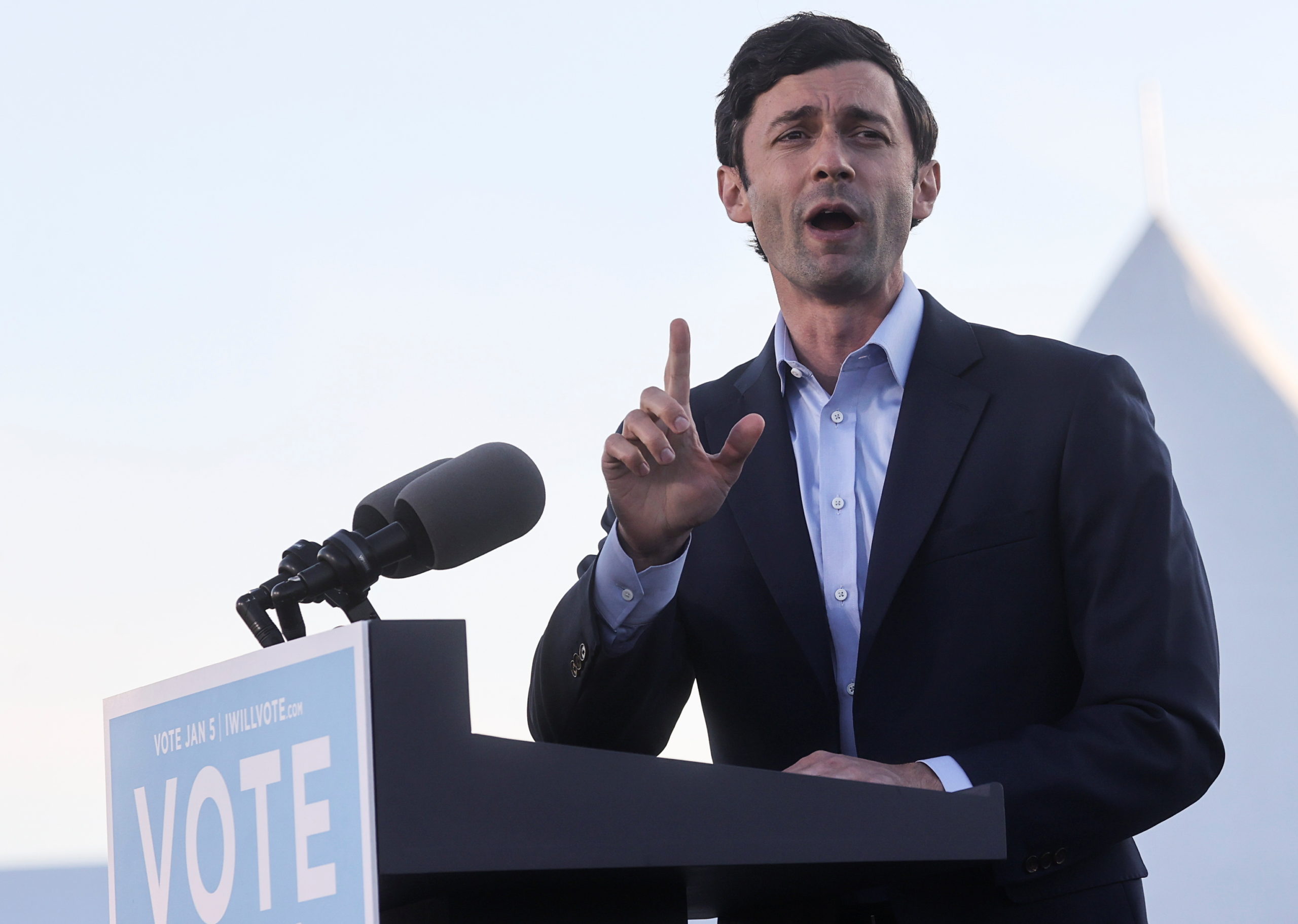 Democratic U.S. Senate candidate from Georgia Jon Ossoff speaks prior to the arrival of U.S. President-elect Joe Biden at a drive-in campaign rally ahead of the January 5 run-off elections, in Atlanta, Georgia, U.S., January 4, 2021. REUTERS/Jonathan Ernst

The poll was done with 3,787 registered voters and carried a 1.59 percentage point margin of error.