Obrador also welcomed British judge Vanessa Baraitser’s ruling the same day that they denied the U.S.’ request to extradite Assange to face charges of conspiring to hack government computers and infringing the Espionage Act, according to a transcript of his Monday morning press conference released by El Universal. (RELATED: WikiLeaks Founder Julian Assange Will Not Be Extradited To US, British Judge Rules)

“I am pleased that in England Mr. Assange has been given protection, that his extradition to the United States has not been authorized. I think it’s a triumph of justice. I welcome the fact that in England this is done because Assange is a journalist and deserves a chance, I am in favor of pardoning him,” said Obrador. “We’ll give him protection.”

Obrador also added that he would instruct Marcelo Ebrard, Mexico’s Secretary of Foreign Relations, to undertake necessary procedures, working with the U.K. government, to carry out the offer.

Mexico, the world’s deadliest country for journalists, where the government uses spyware to monitor the private communications of reporters, today offered political asylum to Julian Assange.

Mexico would take “responsibility” for ensuring that Assange “does not interfere in political affairs of any country,” Obrador also said.

Earlier that morning, U.K. judge Baraitser, citing Assange’s clinical depression and the likelihood of him attempt suicide if extradited, turned down the U.S. extradition request. Baraitser wrote that the isolation Assange would encounter in a U.S. maximum-security prison would be “oppressive.”

A federal grand jury indicted Julian Assange on Jun. 24, 2020 on charges linked to his role in one of the largest information breaches of information in U.S. history. (RELATED: Julian Assange Charged In WikiLeaks Hacking Case Involving Chelsea Manning: Court Documents) 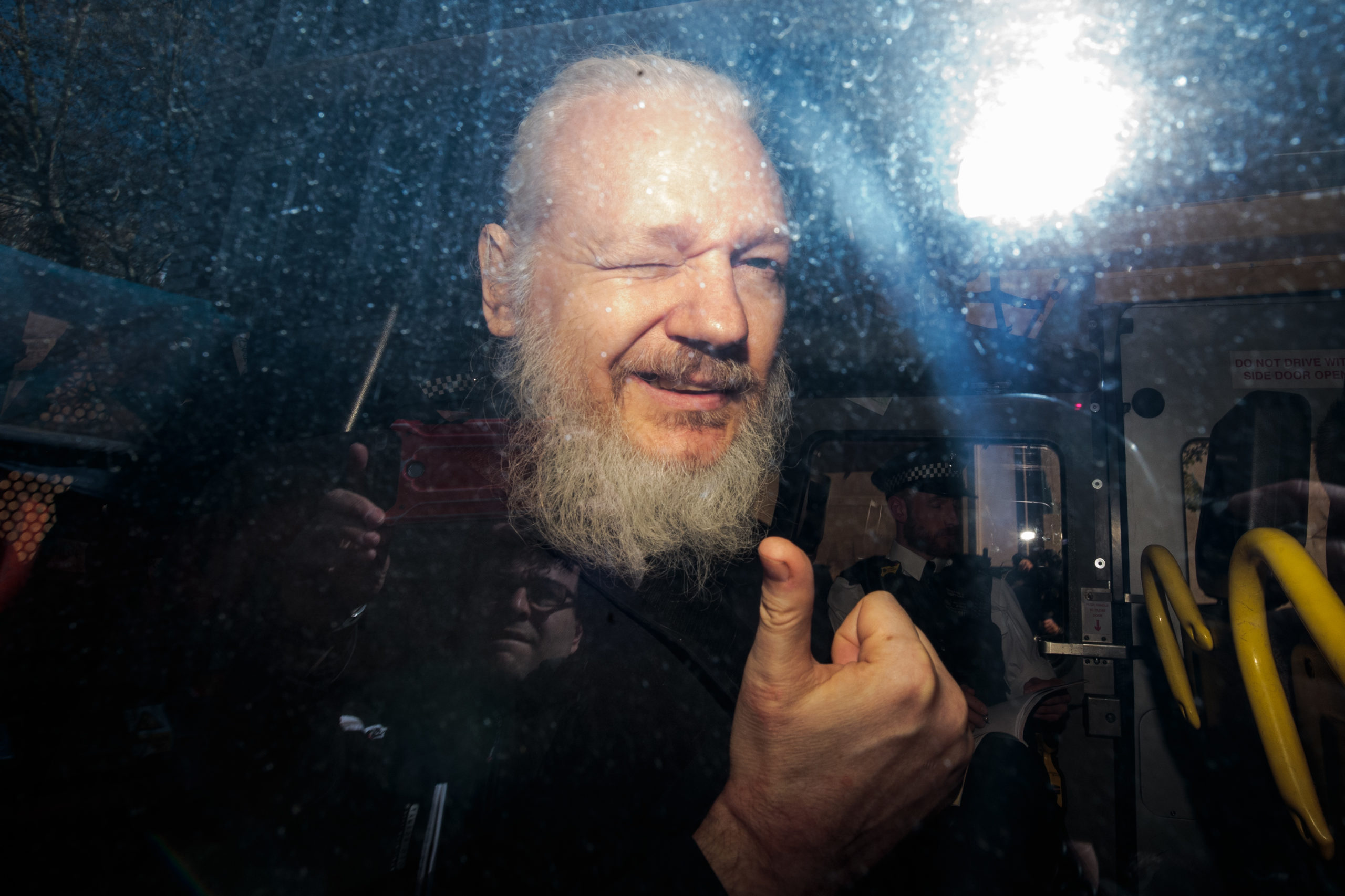 Julian Assange gestures to the media from a police vehicle on his arrival at Westminster Magistrates Court on April 11, 2019, in London, England. (Photo by Jack Taylor/Getty Images)

Critics of the indictment alleged it was a move by the U.S. to stop “war crimes” in Iraq from being publicly exposed, pointing to a Wikileaks-released video, unmentioned in the indictment, that documented an incident in Iraq where U.S. aircrew falsely claimed to have encountered a firefight and then laughed at the dead after launching an airstrike that killed several people, including Reuters correspondents, The Guardian reported.

A federal grand jury also indicted Assange in 2019 under the Espionage Act.