Washington, D.C. Mayor Muriel Bowser announced Monday that she was mobilizing roughly 100 D.C. National Guard troops to help police the thousands of Trump supporters expected to descend on the city in the coming days. 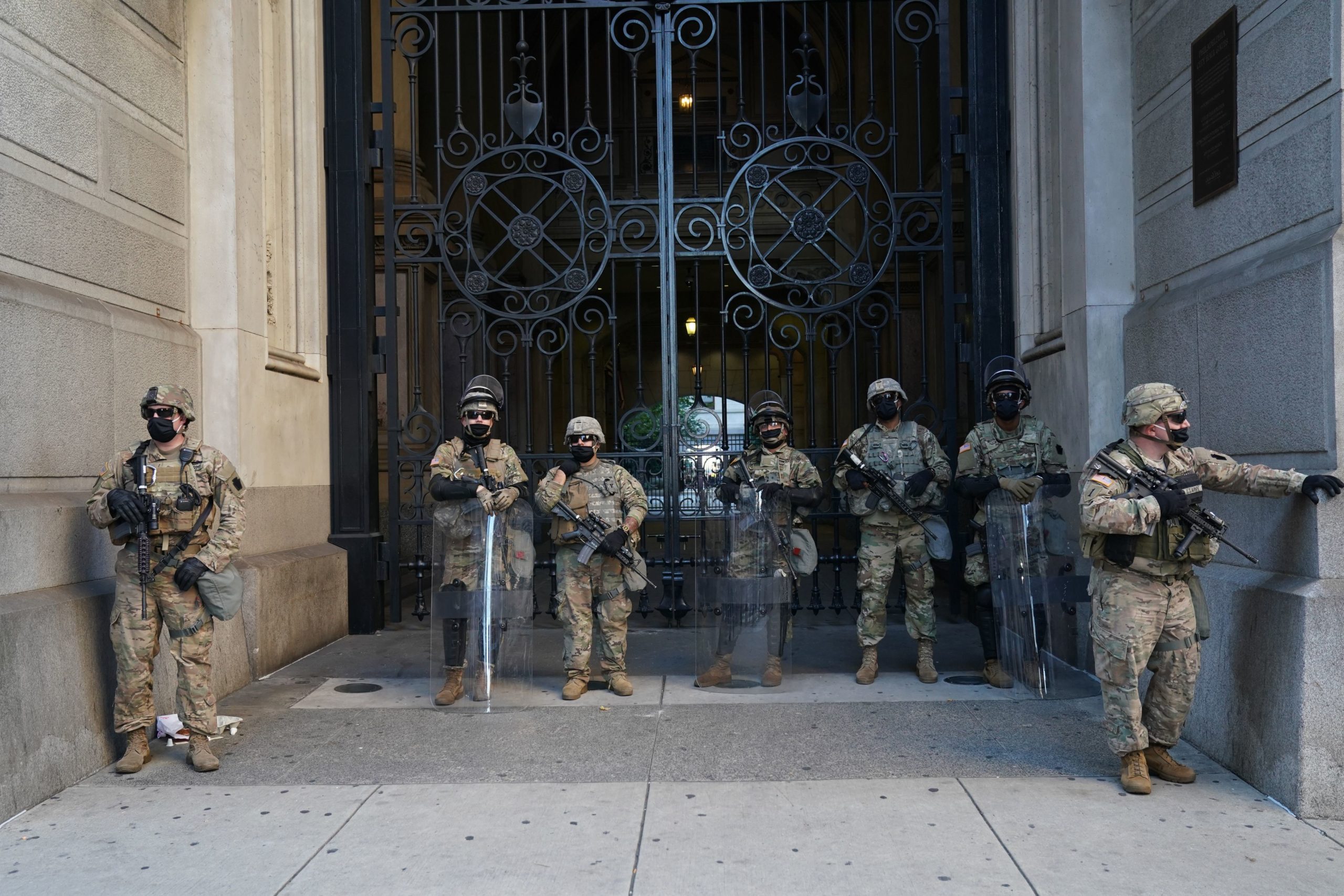 US Army National Guard troops stand outside City Hall after Joe Biden was declared winner of the 2020 presidential election on November 7, 2020 in Philadelphia, Pennsylvania. – Democrat Joe Biden has won the White House, US media said November 7, defeating Donald Trump and ending a presidency that convulsed American politics, shocked the world and left the United States more divided than at any time in decades. (Photo by BRYAN R. SMITH/AFP via Getty Images)

She stated during her Monday press conference that the troops will not be armed but will be expected to help Metro Police arrest individuals open carrying firearms. (EXCLUSIVE: Trump Activating 400 National Guard Troops To Protect Federal Monuments In DC)

“We will not allow people to incite violence, intimidate residents or cause destruction in our city,” Bowser stated before urging D.C. residents to avoid downtown and adding that she is contemplating instilling a curfew for Tuesday and Wednesday.

A spokesman for the D.C. National Guard confirmed troops’ involvement to the Daily Caller in a statement indicating more information would be released later in the day.

“The District of Columbia National Guard will provide support to the city during demonstrations this week,” the statement reads. “We will provide more information about our support later today.”

President Donald Trump has repeatedly urged his supporters to gather in D.C. ahead of the Congressional certification of the 2020 election results.

I will be there. Historic day! https://t.co/k6LStsWpfy

I will be there. Historic day! https://t.co/k6LStsWpfy