For months, scientists and public health experts have assured the public the COVID-19 pandemic didn’t originate from a lab in Wuhan. A new investigative essay in New York Magazine’s Intelligencer brings to light a shocking number of discoveries that cast those assertions in doubt.

The case that the coronavirus pandemic ravaging the globe may very well have been engineered in a lab is thoroughly fleshed out over the course of 12,000 words by Nicholson Baker. Here are the ten biggest revelations you need to know:

In the early 2000’s, Dr. Anthony Fauci, America’s top infectious disease expert, reportedly shifted his focus from an AIDS vaccine to combatting biological warfare. By 2003, his anti-terrorism budget at the National Institute of Health had reached nearly $2 billion. A significant chunk of this funding, and NIH research, went to genetically modifying certain pathogens, both in search of vaccines and to investigate their possible use as bioweapons.

Scientists raised red flags about these “gain-of-function” (GoF) experiments, arguing the danger of creating new, deadly, highly transmissible diseases outweighed any possible benefits. “The consequences, should the virus escape, are too devastating to risk,” read a 2012 New York Times editorial.

Fauci disagreed, co-authoring a Washington Post op-ed which argued, “Important information and insights can come from generating a potentially dangerous virus in the laboratory.” 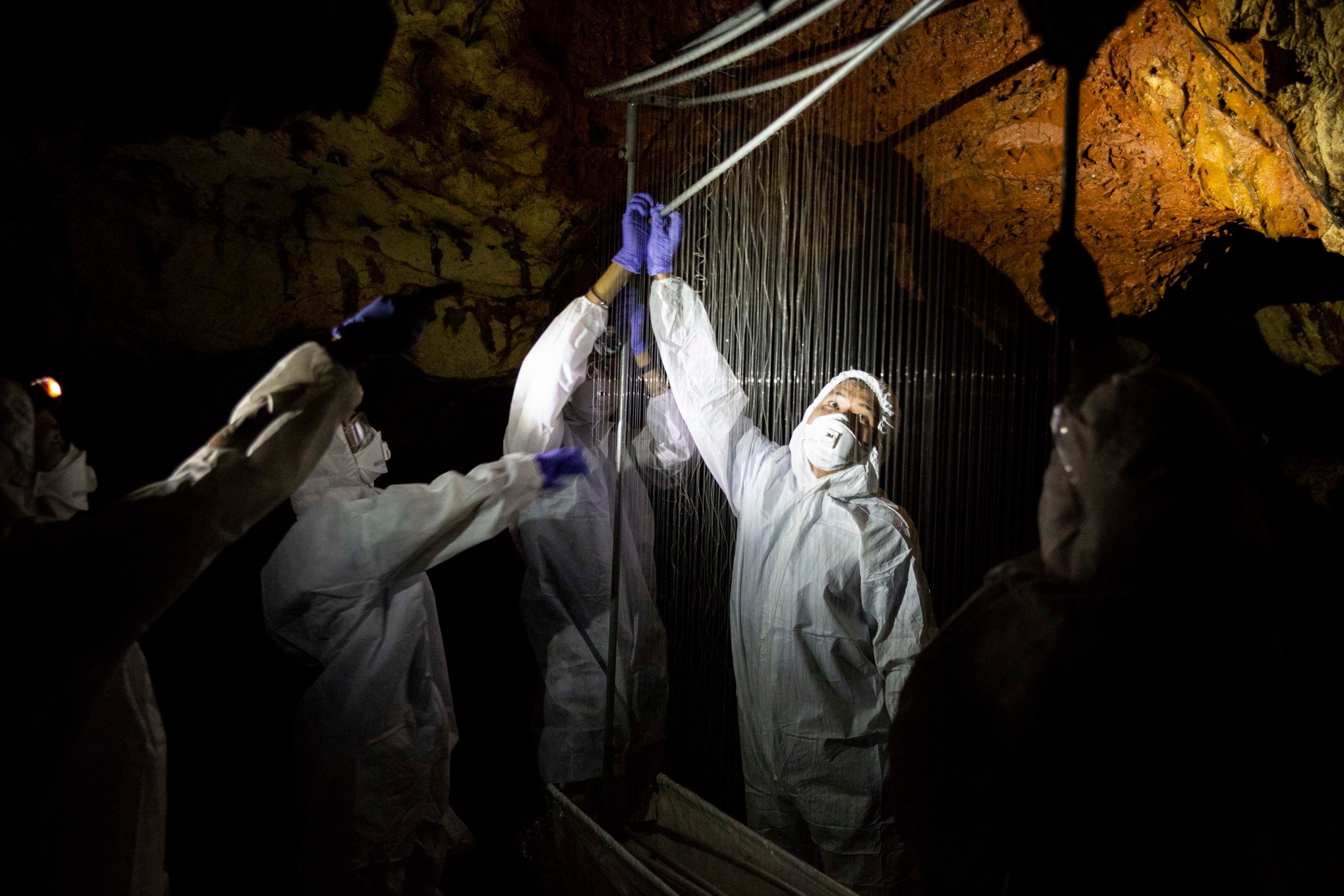 A team of researchers set up a net to catch bats at the Khao Chong Pran Cave on September 12, 2020 in Ratchaburi, Thailand. (Photo by Lauren DeCicca/Getty Images)

The research lab at the center of the pandemic in Wuhan, China’s only level-4 biomedical research facility, received funding from the United States. The essay reports Shi Zhengli, China’s “bat woman” expert on diseases carried by the flying animals, had some of her work funded by the NIH and the U.S. Defense Threat Reduction Agency.

Funding for Shi was secured through grants from those two organizations with the help of a non-profit called EcoHealth. The head of EcoHealth is Peter Daszak, who allegedly played an instrumental role in directing NIH funds to Shi’s Wuhan lab. (RELATED: ‘That’s Life. People Die’: Anti-Mask Protesters Reportedly Clash With Authorities, Store Owners In California Shopping Mall)

Chinese Scientists Feared The Virus Came From The Wuhan Lab

It has been previously reported that Shi admitted she had “not slept a wink for days” for fear that the virus infecting thousands of people might have escaped her lab. While she claims to have determined with certainty it did not, other Chinese scientists sounded alarms before being quieted.

Botao Xiao, a professor at the South China University of Technology, published a paper in Feb. 2020 which stated, “The killer coronavirus probably originated from a laboratory in Wuhan.” His paper was removed from the server on which it was published.

Another professor, National Taiwan University’s Fang Chi-tai, gave a lecture in the same month. He said the virus was “unlikely to have four amino acids added all at once… From an academic point of view, it is indeed possible that the amino acids were added to COVID-19 in the lab by humans.” Fang later disavowed his own lecture, and the Taiwan Public Health Association told Intelligencer, “It has been taken down for a certain reason. Thank you for your understanding.”

In Feb. 2020, many media outlets cited a statement in The Lancet signed by 27 scientists condemning “conspiracy theories suggesting that COVID-19 does not have a natural origin.”

The statement’s organizer was allegedly the aforementioned Daszak, who had been working directly with the Wuhan scientists in question for years, funneling them NIH money to support their work.

Daszak is also set to be one of the ten experts leading the World Health Organization’s January 2021 investigation into the origin of COVID-19, according to Intelligencer. The WHO, who recently said they would not be seeking to assign blame as part of their investigation, has been widely criticized as being too close with Chinese leadership to properly lead during the pandemic.

Daszak also went on a bizarre tangent in a 2008 paper that seemed to liken his work to a religious quest, including a comparison to The Fall of the Rebel Angels: “Will we succumb to the multitudinous horde? Are we to be cast downward into chthonic chaos represented here by the heaped up gibbering phantasmagory against which we rail and struggle.” 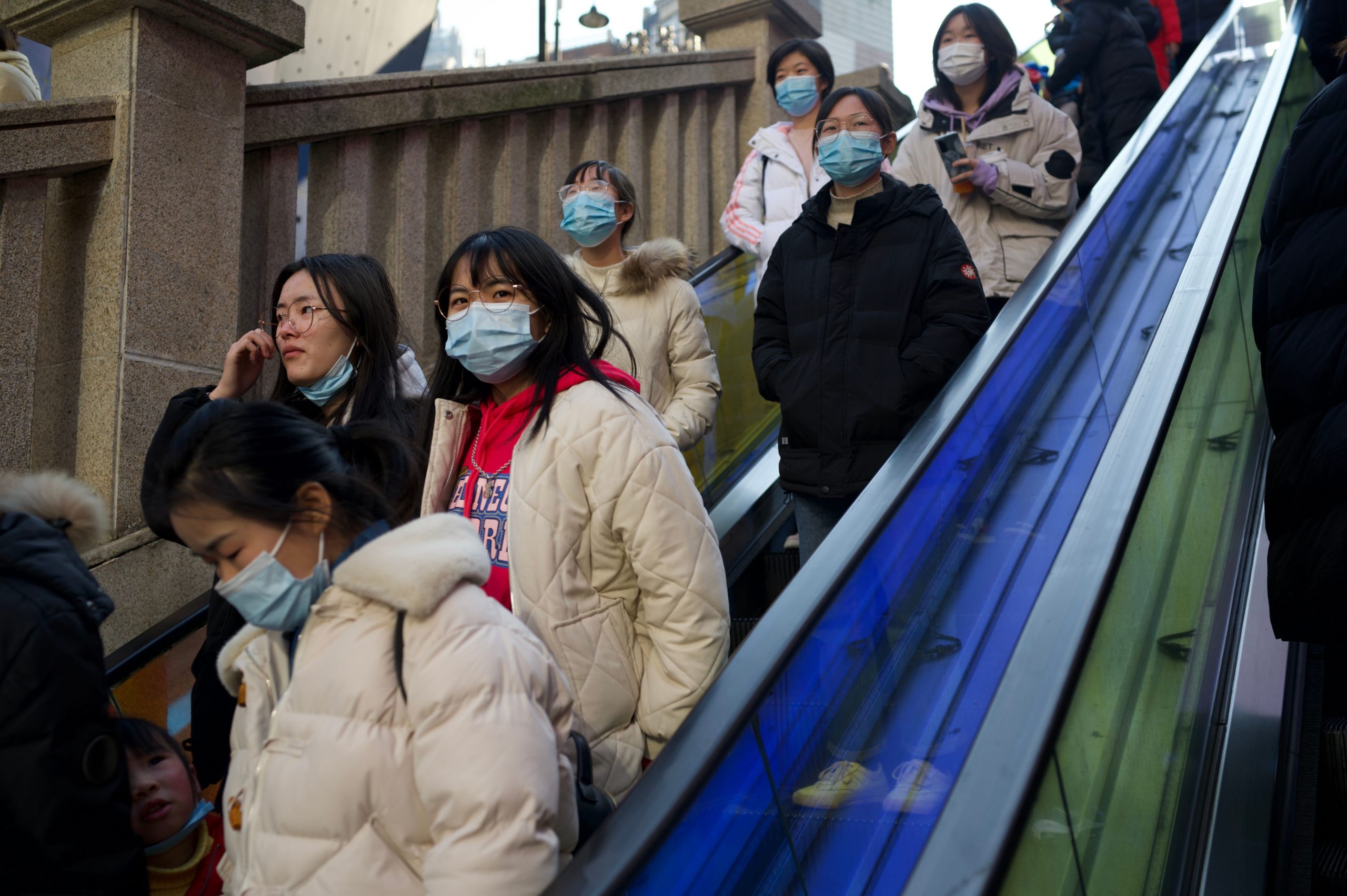 One of the scientists working on this disease-mutation research was the University of North Carolina’s Dr. Ralph Baric. Baric and his team filed for a patent in 2006 for a “seamless, no-see’m” method which allowed them to clone the entire deadly SARS virus that emerged from Chinese bats in 2002. Their method allegedly showed no signs of human intervention and made it so nobody could tell if the virus was natural or lab-grown.

Baric and Shi, from the Wuhan Institute of Virology, reportedly began collaborating on bat-to-human coronaviruses in 2015. (RELATED: New Coronavirus Strain From The UK Found In New York)

The new BSL-4 lab in Wuhan, the first in China with the highest level of safety classification, was opened in 2015. However, it reportedly took time to become fully certified and there were numerous concerns about its staffing.

A leaked 2018 State Department memo obtained by the Washington Post alleged that the lab had “a serious shortage of appropriately trained technicians and investigators needed to safely operate this high-containment laboratory.” The memo said the lab needed more help from the U.S. to do the dangerous work they were trying.

According to Intelligencer, lab accidents are more common than people think and scientists had previously warned that this type of pandemic could very realistically result from one. “More than 1,100 laboratory incidents involving bacteria, viruses and toxins that pose significant or bioterror risks to people and agriculture were reported to federal regulators during 2008 through 2012,” according to a USA Today report.

In 2012, in the Bulletin of Atomic Science, Lynn Klotz wrote that there was an 80 percent chance a potential pandemic pathogen would leak from a laboratory environment given the number of experiments being run in the field across the world.

A number of scientists in addition to the previously mentioned Chinese and Taiwanese researchers had suspicions of a lab-leak early in the pandemic, but were reportedly pressured not to raise too much alarm about the possibility. (RELATED: Here Are All The Ways China Lied To The World About COVID-19)

Alina Chan, a scientist at MIT and Harvard, told Baker in Jul. 2020, “There is a reasonable chance that what we are dealing with is the result of a lab accident… The Chinese government has also restricted their own scholars and scientists from looking into the origins.”

Richard Ebright of Rutgers University said the outbreak “screamed” lab release, given the context in which it happened. Jonathan A. King, also of MIT, allegedly told Intelligencer there were “very intense, very subtle pressures” on them not to push the issue of laboratory biohazards.

Nobody Was Willing To Definitely Rule Out A Lab Leak

Of everyone interviewed for the Intelligencer report, including dozens of scientists, medical experts, and people with hands-on roles in the Wuhan lab, not one is said by Baker to have definitively ruled out the lab-leak theory. That even includes Baric, who said: “Can you rule out a laboratory escape? The answer in this case is probably not.”