Republican Texas Sen. Ted Cruz is leading a group of twelve Republican senators who are objecting to the certification of electoral votes Jan. 6 that would solidify President-elect Joe Biden’s win. While something similar hasn’t happened in recent years, Congress has been involved in a hotly contested election once before.

In a joint statement, Cruz and other senators said in light of recent allegations of voter fraud, there should be a ten day audit to ease any concerns about election integrity.

“Congress should immediately appoint an Electoral Commission, with full investigatory and fact-finding authority, to conduct an emergency 10-day audit of the election returns in the disputed states. Once completed, individual states would evaluate the Commission’s findings and could convene a special legislative session to certify a change in their vote, if needed.”

The group cited the 1876 presidential election between Republican nominee and future president Rutherford B. Hayes and Democrat Samuel J. Tilden, which was rife with allegations of voter fraud and required Congressional action to decide the outcome.

Republicans alleged that black voters, who predominantly voted Republican at the time, were intimidated at polling places, artificially keeping Republican vote count low. There were also allegations that ballot boxes were being stuffed and that fraudulent ballots were printed to trick illiterate black voters into voting Democrat. Both parties were subject to a slew of fraudulent allegations, however.

Florida, Louisiana, South Carolina and Oregon remained in dispute when the 44th Congress met in 1877 to certify the electoral votes. Florida, Louisiana and South Carolina’s tallies were of particular concern since both Tilden and Hayes electors submitted votes from the the three states, each claiming they rightfully won.

To solve the dispute, the Republican led Senate and Democrat controlled House came up with the Electoral Commission, a bipartisan commission that would investigate any election disputes. The committee was comprised of 15 members, five senators, five house members and five Supreme Court Justices.

The committee first met Feb. 1 and met a grand total of 15 times before an 8-7 vote along party lines awarded Hayes the disputed votes and declared him the winner of the election. The Senate then confirmed Hayes as the winner on March 2.

Similar to the 1877 commission, Cruz and others aren’t necessarily objecting solely on the basis that there are allegations of fraud. Rather, the dozen lawmakers are asking for an audit into contested states such as Pennsylvania.

Despite the objections, it’s unlikely that an Electoral Commission will even be set up.

In order for an objection to be heard, there is the requirement that a member of the Senate and the House must endorse the objection in writing. Once the objection meets the criteria, the session will be suspended for at most two hours while the House and Senate convene separately to consider the issue. A simple majority is required in both chambers to uphold the objection and throw out the state’s votes.

If the objection doesn’t receive both votes of the majority the objection is tossed out, meaning a commission is likely not to materialize without bipartisan support.

Joseph diGenova, former U.S. Attorney for the District of Columbia and member of President Donald Trump’s legal team told WMAL Monday morning that it’s unlikely an election commission will be set up following the objections.

“I think it’s a vehicle for Senator Cruz to have a legitimate debate about the illegality and unconstitutional actions of a number of states who violated their own laws in order to process ballots which should not have been processed,” he said.

diGenova said Cruz is doing this the right way.

“This is exactly the right way to proceed– raise objections, have debates and take some votes. There are going to be votes…anyone who thinks this is subverting Democracy doesn’t understand the process of voting.” 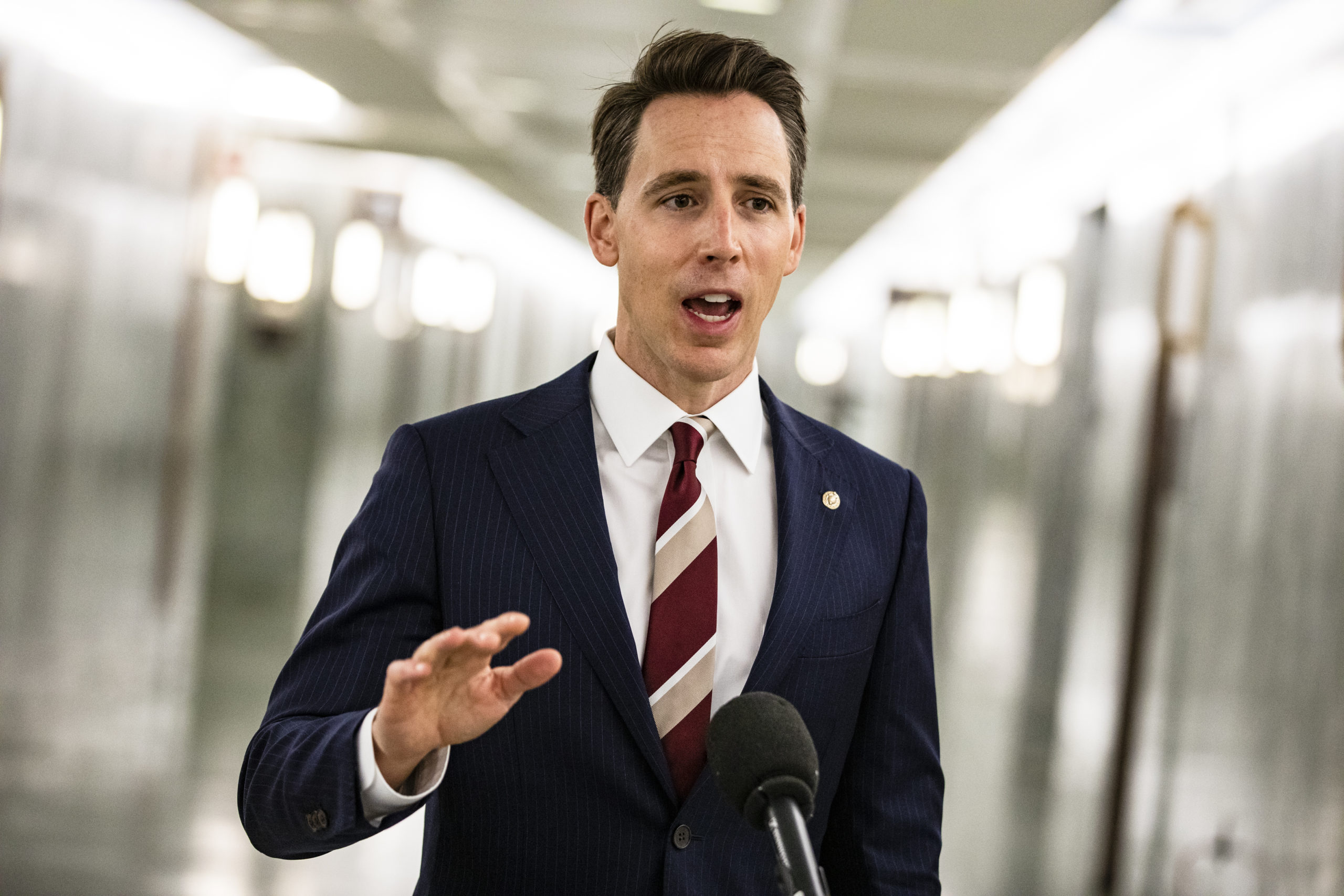 WASHINGTON, DC – OCTOBER 22: Senator Josh Hawley (R-MO) makes a statement after voting in the Judiciary Committee to move the nomination of Judge Amy Coney Barrett to the Supreme Court out of committee and on to the Senate for a full vote on October 22, 2020 in Washington, DC. (Samuel Corum/Getty Images)

Hawley and others allege that the Pennsylvania elections board changed the election laws without the state legislature’s approval, which they say is unconstitutional.

One issue of contention in the commonwealth was whether late ballots are valid. Pennsylvania Secretary of State Kathy Boockvar announced Oct. 27 that mail-in ballots received after Nov. 3 would be kept separate and segregated from all other ballots while waiting on the Supreme Court to determine whether the ballot extension, made possible by executive action, was unconstitutional.

Two days before the election Boockvar updated the guidance last minute calling for late ballots that arrive by Nov. 6 to be counted, whether or not they were late or missing a postmark.

Boockvar’s move was rebuked by Supreme Court Justice Samuel Alito who ordered on Nov. 6 that all ballots received after 8 p.m. on Election Day must be segregated and if counted, counted separately and not tallied into the final vote.

The Supreme Court has yet to say whether they will take up the challenge, which is being brought by Pennsylvania Republicans, according to NBC News.

The high court, however, had denied another attempt by Pennsylvania Republicans to toss out the state’s election results. Rep. Mike Kelly and others filed a suit claiming the state legislature violated the Pennsylvania constitution when it passed a law last year that allowed no-excuse mail-in voting, according to NBC News. State courts dismissed the claims, saying the suit was filed far too late. The Supreme Court rejected an appeal.