Trump will give Nunes the award at the White House on Monday and a Republican source told the Daily Caller that Jordan will be given the award on Jan. 11. Both Nunes and Jordan have been staunch supporters of the president and helped defend the president during his impeachment hearings in the House.

Nunes’ press secretary Jack Langer confirmed to the Daily Caller that Nunes will be receiving the award Monday.

“On Monday, President Donald J. Trump will award the Presidential Medal of Freedom to Devin Nunes. This prestigious award is the Nation’s highest civilian honor, which is awarded by the President to individuals who have made especially meritorious contributions to the security or national interests of the United States, to world peace, or to cultural or other significant public or private endeavors,” the statement said. 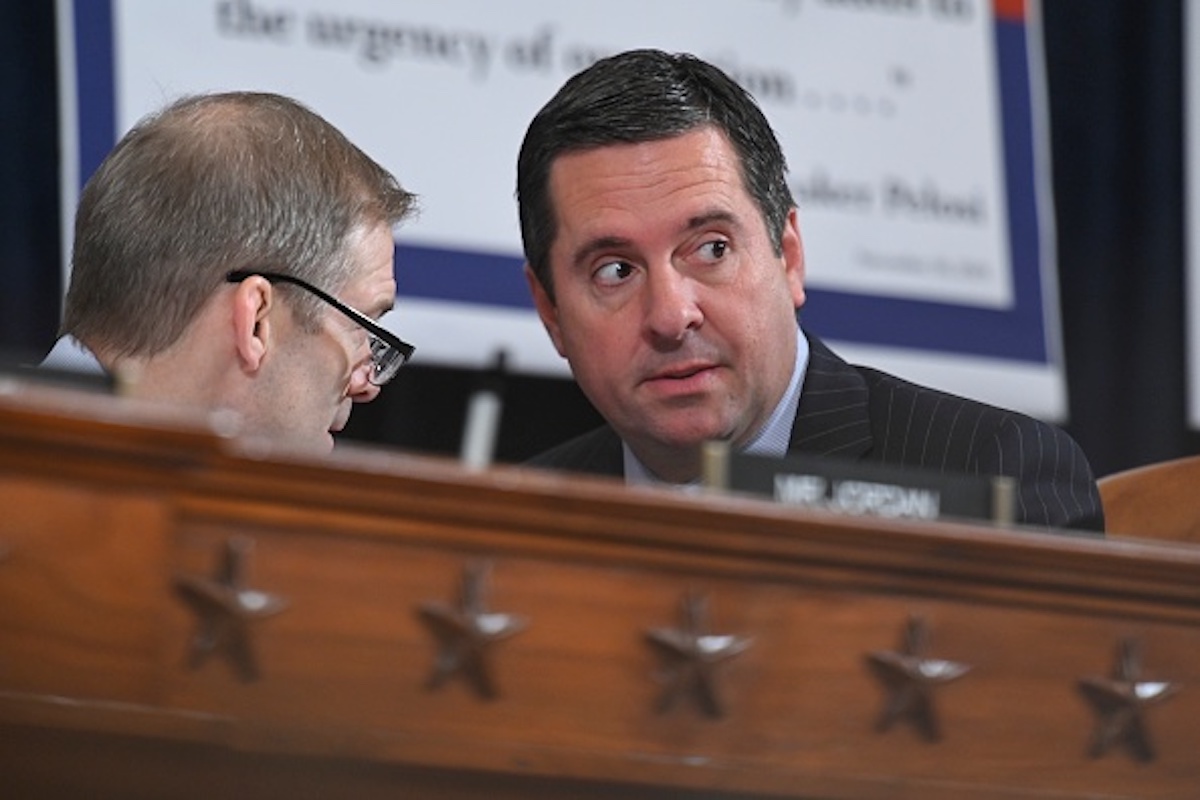 Republican representatives Jim Jordan, L, and Devin Nunes, R, confer with one another as Gordon Sondland, the U.S. ambassador to the European Union, testifies before the House Intelligence Committee at the Longworth House Office Building on Wednesday, November 20, 2019, in Washington, DC. (Photo by Jahi Chikwendiu/The Washington Post via Getty Images)

The ceremony is reportedly not on the White House’s public schedule, but according to CNN, Nunes will be presented with the Presidential Medal of Freedom on Monday. Nunes is the ranking Republican on the House Intelligence Committee. (RELATED: Rep. Jim Jordan Rips The Hypocrisy Of Bars Violating Curfew While NFL Fans Can Attend The Cleveland Game)

Jordan will reportedly receive the award next Monday. The White House did not immediately respond to the Daily Caller when asked about the two Congressman. (RELATED: Jim Jordan Sends Letter To US Park Police Asking For ‘More Information’ On Protecting Historic Statues)

Famous American wrestler Dan Gable was the last person to receive the Presidential Medal of Freedom, receiving the award in the Oval Office in December.