Half of Chicago public school teachers required to attend class preparation did not show up in defiance of city orders, the city said Tuesday.

“We have sent notices to staff who did not return to ensure that our expectations are clear. And we are optimistic that more staff will report to work in the coming days,” Jackson said, according to NBC Chicago. “If staff choose not to attend and support the students who are relying on them, we will handle those on a school-by-school and case-by-case basis.”

Jackson added that the city might institute a discipline policy that could potentially result in termination if teachers continued to stay home when required to show up, NBC Chicago reported. (RELATED: We Asked Teachers Unions Nationwide Why They Oppose Reopening Schools. Here’s What They Said) 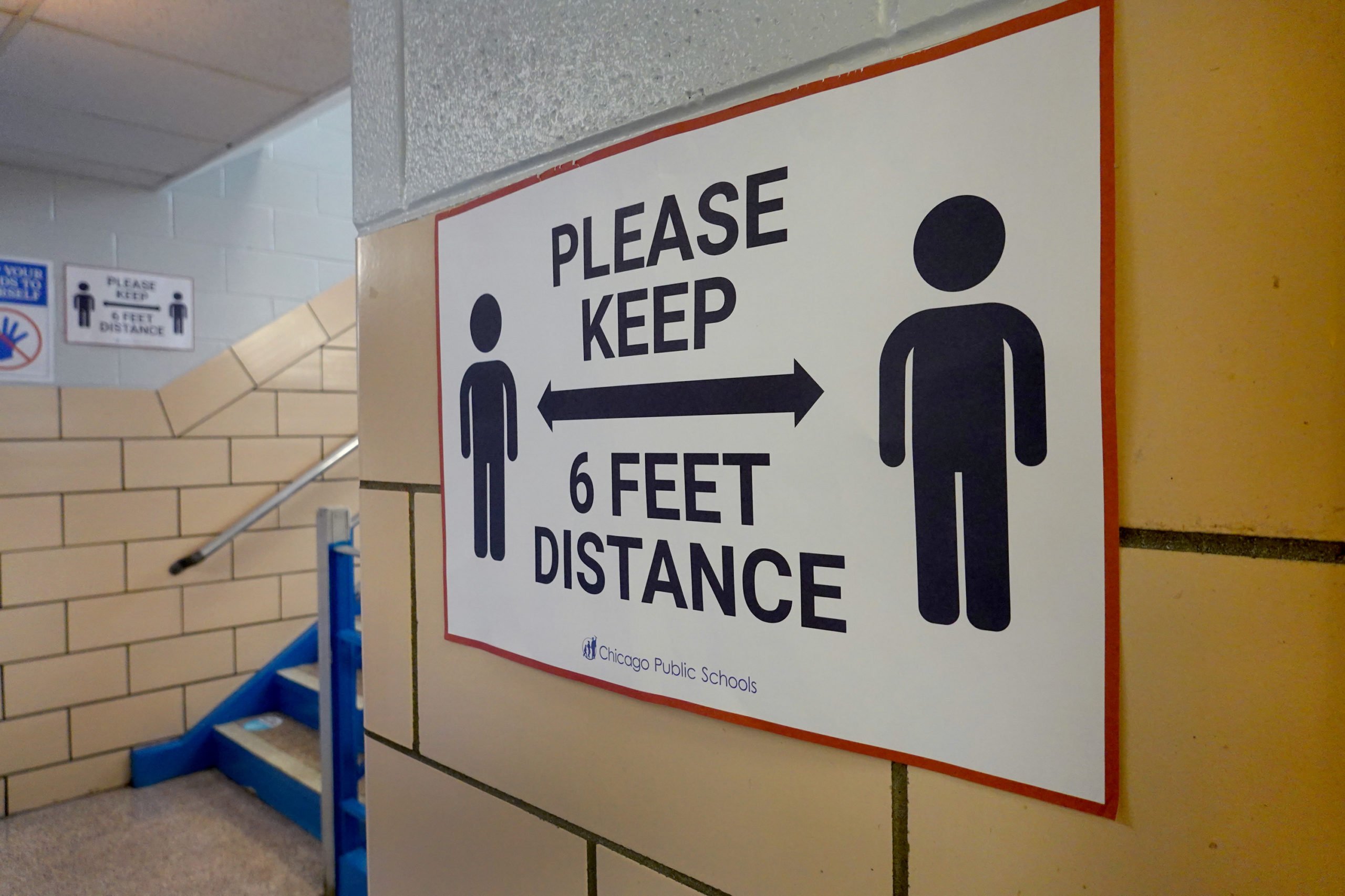 A sign in a hallway at King Elementary School in Chicago encourages social distancing as the school works to maintain a safe environment during the coronavirus pandemic. (Scott Olson/Getty Images)

The Chicago Teachers Union (CTU) has strongly opposed Chicago’s plan to return to in-person class instruction. The union hosted press conferences on Monday and Tuesday to sound the alarm on the dangerousness of returning to schools.

“Rank and file CTU members across the city are rejecting CPS’ effort to force thousands more back into unsafe buildings beginning this Monday,” the union said in a statement Sunday.

While Monday’s attendance was low, Jackson said it was still “significant, considering the fact that they were pressured” by the CTU not to attend, according to NBC Chicago.

“We know that the best place for your child to learn is in the classroom, and we have been working tirelessly to prepare our buildings to welcome students and staff back to school,” Jackson and LaTanya D. McDade, CPS chief education officer, wrote in a letter.

Chicago Mayor Lori Lightfoot said Tuesday that teachers should be prioritized to receive the coronavirus vaccine during the next phase of vaccinations, NBC Chicago reported.

“We want to make sure that teachers are in the queue for the next round,” Lightfoot said, according to NBC Chicago.