Though Tuesday marks the end of Georgia’s high-stakes senatorial runoffs, the two winners of the races, which will determine control of the Senate, will likely not be known until Wednesday at the earliest.

The two races have seen record turnout, with over three million votes cast throughout Georgia’s early voting period, according to the U.S. Elections Project. Georgia Secretary of State Brad Raffensperger said Tuesday that results would likely not be available until the next day due to the overall turnout and high volume of mail-in ballots. (76,000 Georgians Have Registered To Vote Since November)

“Most likely [the races] will be called Wednesday morning,” Raffensperger said on Fox News, adding that his office had encouraged states to begin tabulating absentee ballots ahead of time in order to have a result as soon as possible. 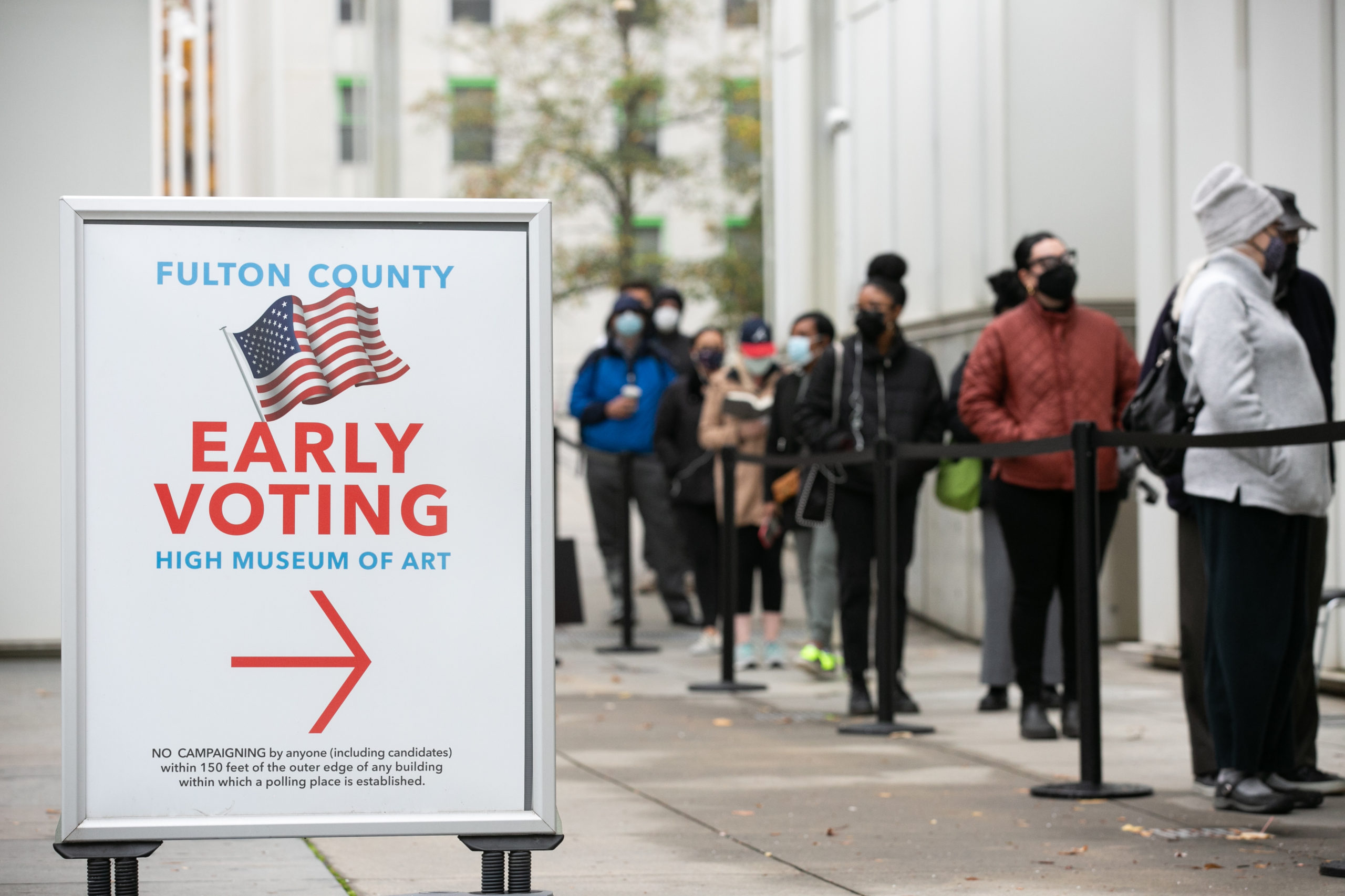 Voters line up for the first day of early voting outside of the High Museum polling station on December 14, 2020 in Atlanta, Georgia. (Jessica McGowan/Getty Images)

Election officials are allowed to begin processing early votes before polls close, but cannot begin counting ballots until polls across the state close at 7 p.m. EST, according to the Associated Press. And while absentee ballots must be received by the time polls close, military and overseas ballots postmarked by Jan 5. are valid as long as they are received by Friday, and absentee voters have until Friday to fix any problems to their ballot that disqualify their vote.

Even with the head start, election officials doubt that winners will be known late Tuesday due to the increased turnout and expectations that whoever wins will do so by a tight margin. If the races resemble the two-point spread seen between Republican Sen. David Perdue and Jon Ossoff in November, then officials may have to count a greater share of the votes before declaring a winner. (RELATED: The Numbers In Georgia Point To Two Tossup Races)

It took 10 days for the Associated Press to call Georgia for President-elect Joe Biden in November, when he beat President Donald Trump by just 0.24% – the closest margin in the country.