Police say rioters shot fireworks at motorists and spray-painted “Abolish Prisons” and “Kill Cops” on Minneapolis buildings including the Federal Reserve Bank and the Hennepin County Juvenile Detention Center, according to Fox 9.

Jordan Abhold, 26, and Nelson Mendez, 31, were charged with felony riot. Thomas Moseley, 29, Marc Holley, 32, and Laura Galaviz, 29, were also charged with rioting. Police say they recovered knives, mace, fireworks, gas masks and other weapons during the arrests. Abhold was allegedly carrying a loaded .38 special revolver, for which he had a permit, and two speed loaders with ammunition. Moseley had a knife, according to police.

The rioting followed the fatal shooting of a man after an exchange of gunfire with Minneapolis police on Dec. 30. The man, Dolal Idd, was under a probable cause weapons investigation, KARE 11 reported.

Following the shooting death, police noticed social media posts organizing people to meet in downtown Minneapolis with black clothes and instructing them to “mask up.” The posts also encouraged property damage, with messages like “BURN THE PRECINCTS & THE PRISONS,” the criminal complaint said, according to the Hennepin County Attorney’s office. 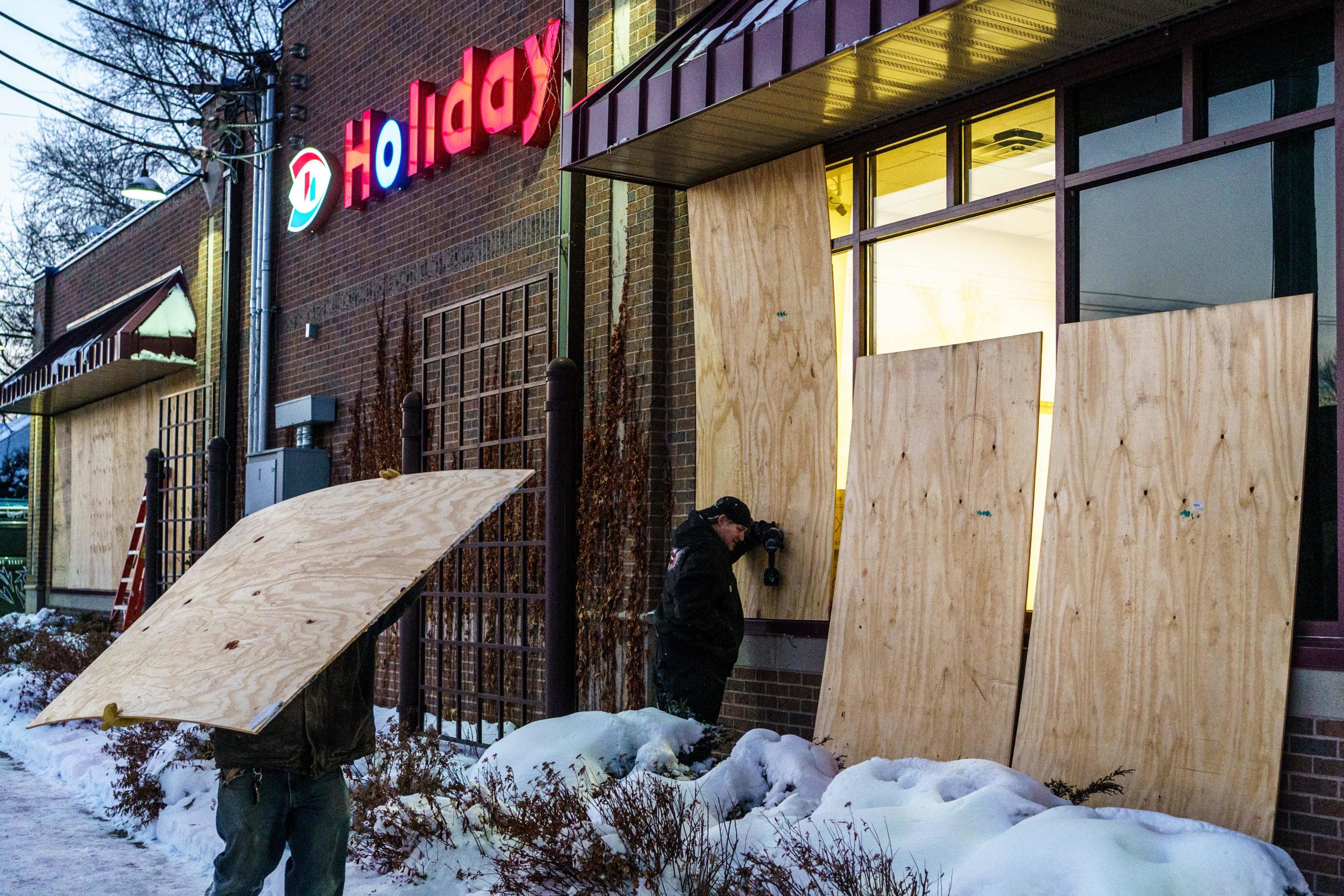 A gas station is boarded up as local businesses prepare for demonstrations near the site where police officers shot and killed Somali-American Dolal Idd in Minneapolis, Minnesota, on Dec. 31, 2020. (Photo by KEREM YUCEL/AFP via Getty Images)

Roughly 75 people gathered to march to the county’s medical examiner’s office and the juvenile justice center. The criminal complaint alleges that members of the group were spraying graffiti on buildings and shooting fireworks at motorists. Police were soon ordered to move in, and 35 people were arrested. (RELATED: Man Arrested In Colorado For Allegedly Lighting Molotov Cocktail Used To Blaze Minnesota Police Precinct)

Minneapolis was previously the site where violent rioting took place following the death of George Floyd in May 2020. Dozens of buildings and businesses in the Minneapolis area were destroyed, and the Minneapolis Police Department’s third precinct was set ablaze.