Around 50 Hong Kong pro-democracy activists were reportedly arrested Wednesday for breaking the new national security law, according to the Associated Press (AP).

Among those arrested include former lawmakers, activists and even members of Hong Kong’s Democratic Party, such as former chairman Wu Chi-wai, according to the AP.

American lawyer John Clancey, who was chairman of the Asian Human Rights Commission and a member of a pro-democracy group, was also arrested, according to Reuters.

Local outlets reported that members of the group were arrested on suspicion of subversion, according to the AP.

Benny Tai, a former law professor and a key figure in Hong Kong’s 2014 Occupy Central protests was also arrested, according to the report. Tai was reportedly one of the main organizers of the unofficial primaries. (RELATED: Hong Kong Democracy Protesters Support Trump, View Biden As Weak)

“Chairman Xi sees a divided and distracted America, and he isn’t wasting the moment. These despicable raids expose the Chinese Communist Party for the cowardly dictators they are,” the statement said.

Pro-democracy activists and lawmakers held an unofficial primary in July to determine which candidates would be most likely to win and help their chances of securing a pro-democracy majority in the legislature, according to the report. Had they gained a majority, pro-democracy lawmakers would have been able to vote against anti-democracy bills. 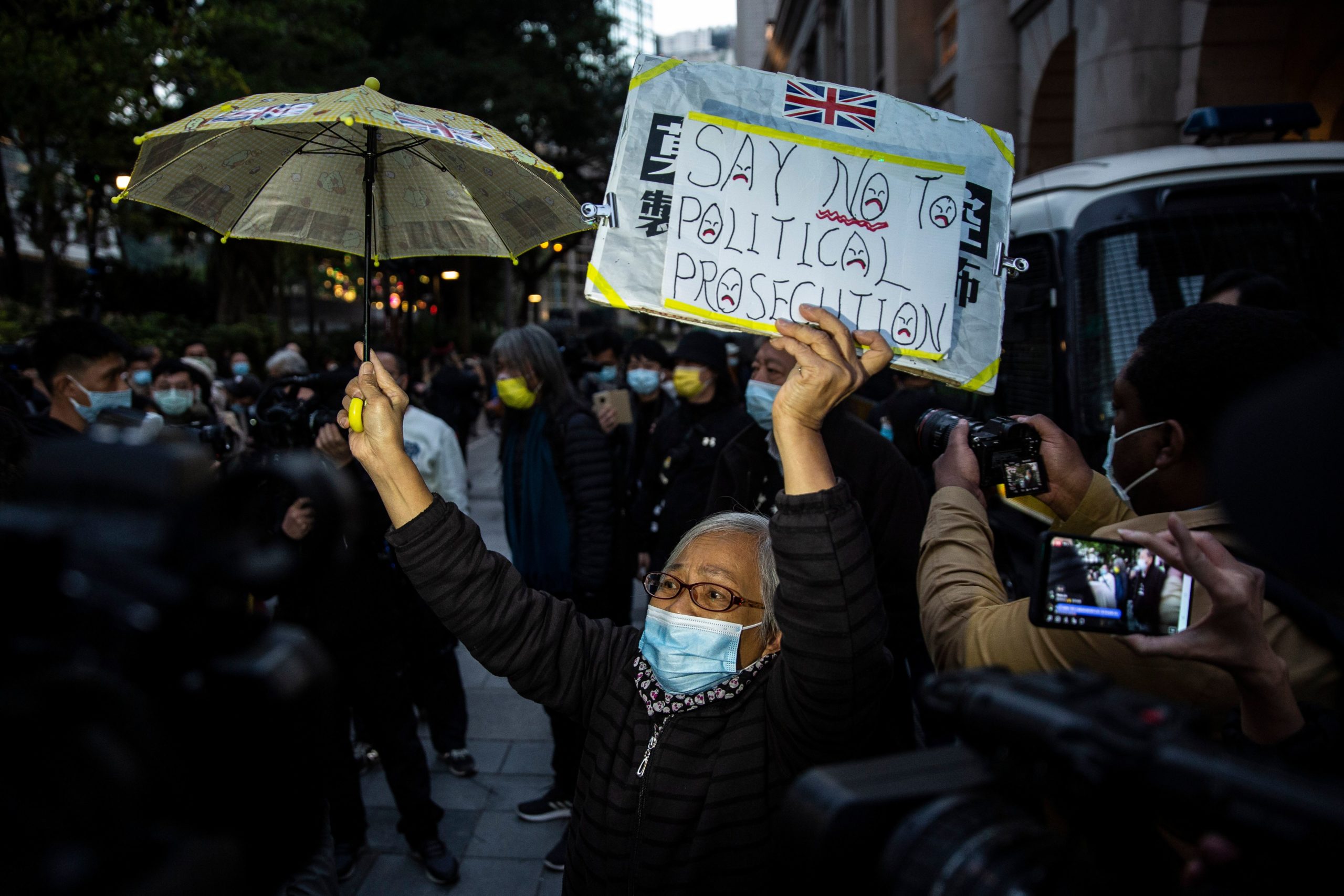 Pro-democracy activist known as grandma Wong shows her support for media tycoon Jimmy Lai at the Court of Final Appeal in Hong Kong on December 31, 2020, where he faced the prosecution’s appeal against his bail after he was charged with the new national security law. (Photo by ISAAC LAWRENCE / AFP) (Photo by ISAAC LAWRENCE/AFP via Getty Images)

Pro-Beijing lawmakers and politicians criticized the primary event and said it could be a breach of the security law. Legislative elections were set to be held in September but were postponed after Hong Kong’s Beijing-backed leader Carrie Lam claimed that it was too risky to hold an election given the coronavirus, according to the report. Pro-democracy activists said the postponement was unconstitutional.

All of Hong Kong’s 15 pro-democracy lawmakers resigned in November after four members were kicked out of the legislature. China’s National People’s Congress Standing Committee passed a resolution that called for any lawmaker that supports Hong Kong independence to be expelled, according to the AP.