The unnamed security official told Iranian outlet Nour News in a statement Tuesday that Israel was “waiting for the consequences of its evils” and vowed that Iran would hold the “Zionist regime” accountable. 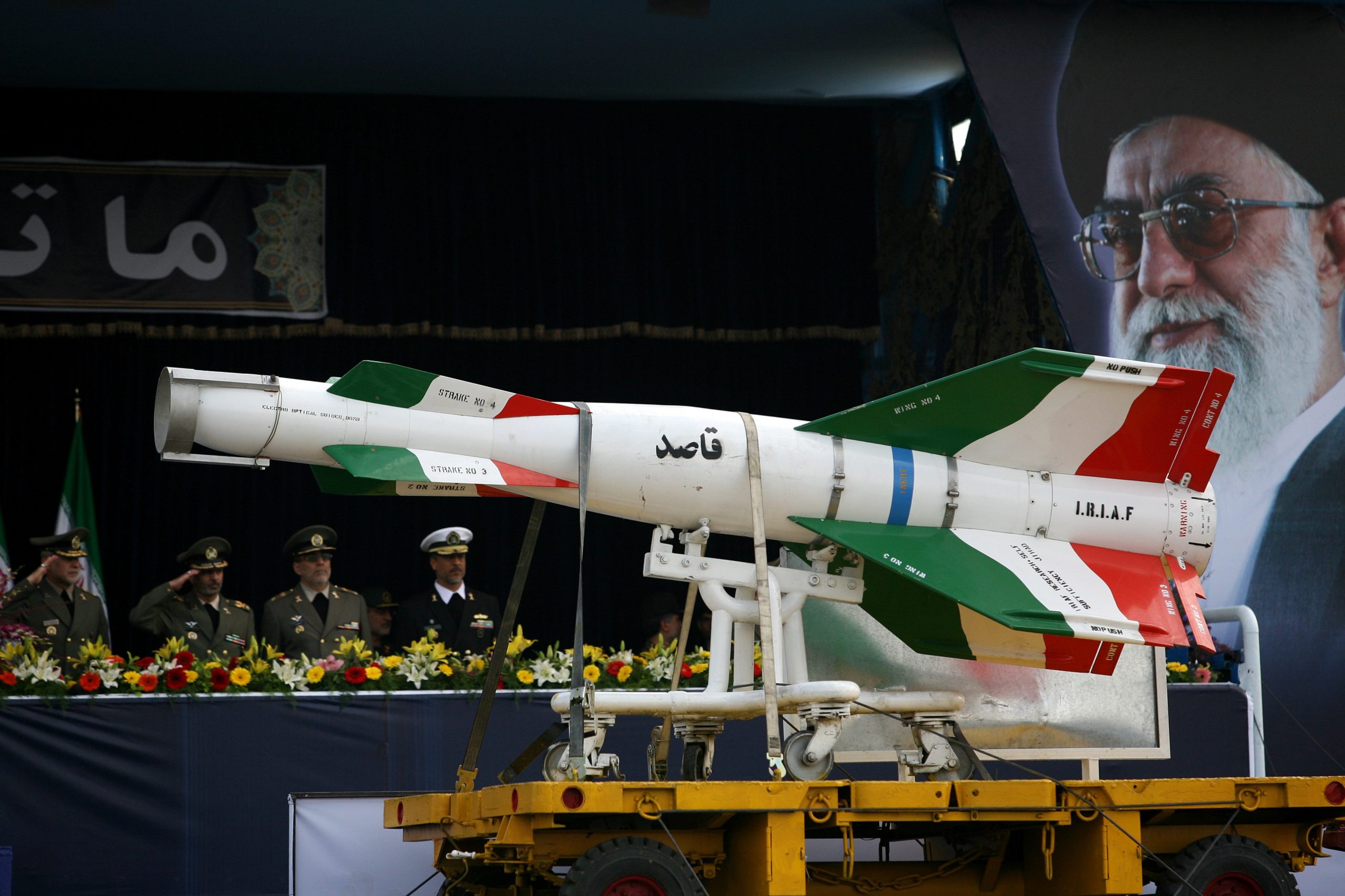 An Iranian surface to surface Ghasedak missile is driven past portraits of Iran’s late founder of the Islamic Republic, Ayatollah Ali Khamenei, during a military parade (Majid/Getty Images)

“This regime should be aware that any aggression against Iran’s interests and security from any side and in any way, whether [Israel] admits or denies responsibility, will face a decisive response from Iran against this regime,” the official said.

Nour News is reportedly close to the country’s Islamic Revolutionary Guard Corps, according to Reuters.

Iran currently enriches its uranium stockpile up to around 4.5% according to CNN. This figure is much lower than the 90% enrichment considered weapons-grade, but higher than the 3.67% cap imposed by the 2015 nuclear deal. Iran has breached the deal multiple times since President Donald Trump withdrew from the agreement in 2018.

Netanyahu said the announcement was proof of Iran’s nuclear ambitions and vowed during remarks Monday that Israel would “not allow Iran to develop nuclear weapons,” according to The Jerusalem Post.

We condemn #Iran’s blatant crossing of a red line in its nuclear weapons development as it begins to enrich uranium to 20%. In light of these developments, #Israel calls upon the international community to act with a decisive and immediate response. #NoNuclearIran

“Iran’s decision to continue violating its commitments, to increase the level of enrichment and advance its abilities to enrich uranium underground cannot be explained in any way other than the continued implementation of its intention to develop a military nuclear program,” the Israeli prime minister said.