The Trump campaign accidentally tweeted out a 28 year-old’s phone number on Jan. 3.

“My phone can’t even take it anymore—it’s breaking,” the California resident, identified by the pseudonym O. Rose, told the Washington Post.

Rose first realized what happened when their father’s friend texted the number, hoping to interact with Chatfield, Rose explained. “I can’t take any more voicemails, my voicemail has 44 voicemails in it right now,” Rose said in an interview with the Petoskey News-Review, which first reported the story. Rose is a Petoskey native.

Rose did not respond to a request for comment the Daily Caller. 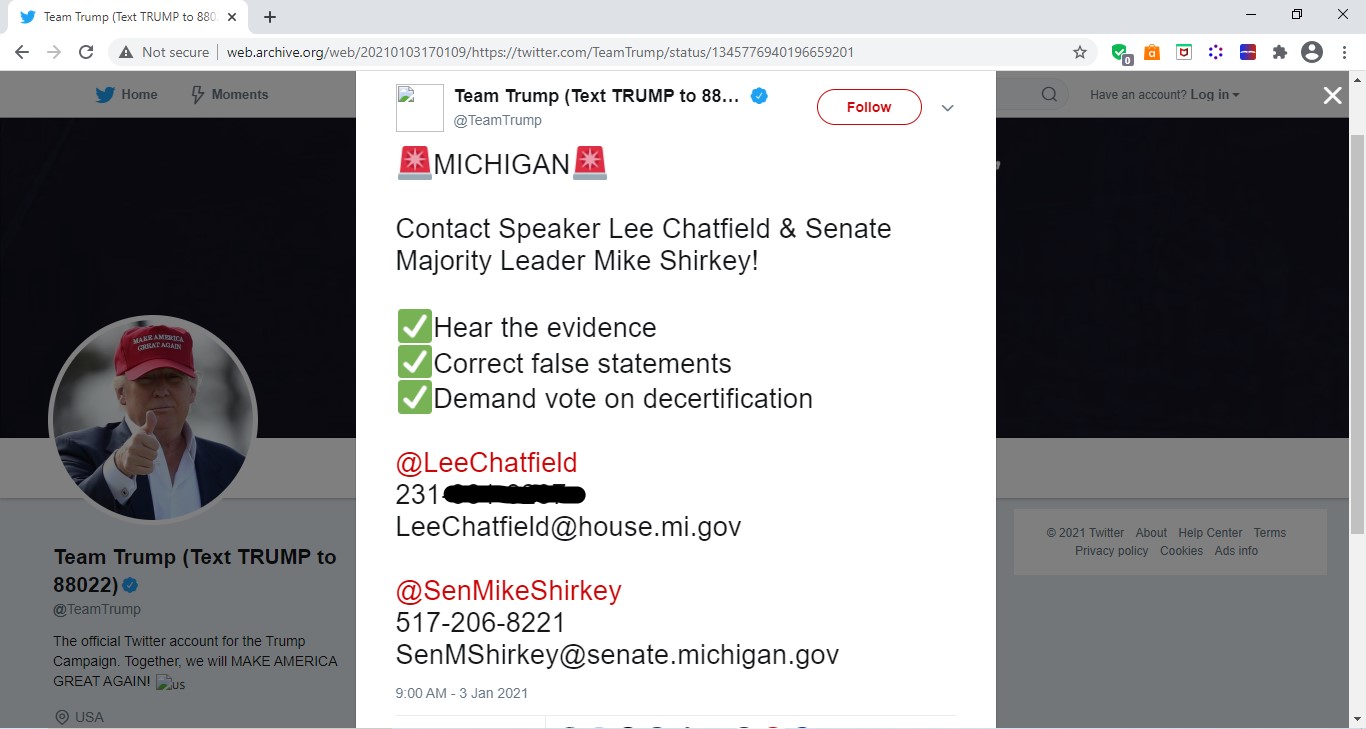 The tweet can still be found using the Wayback Machine. The Daily Caller has blacked out the incorrect phone number (Screenshot/WebArchive).

Team Trump has since deleted the tweet.  The Trump Campaign did not respond to a request for comment from the Daily Caller.