Britain’s Royal Mail will reportedly compensate a Hindu mail manager around £200,000 after a tribunal found that he had faced harassment and discrimination at work.

A coworker called the Hindu manager, Mathan Shunmugaraja, a “sly dog,” while mistaking him for a Muslim, in a dispute over using a room at the Cardiff Royal Mail center, The Guardian reported. (RELATED: DOJ Sues Alabama Housing Authority For Segregating White And Black Residents)

Shunmugaraja used to conduct work-related meetings in a room one of his Christian colleagues, Adam Day, used to pray in, according to the Daily Mail.

Day interrupted one of Shanmugaraja’s meetings and said that since he didn’t use the “Muslim prayer room” for work, Shunmugaraja shouldn’t use his, the Daily Mail reported.

The tribunal also learned that after Shunmugaraja took time off of work because of anxiety following the incident, one of his supervisors threatened to halt his sick pay, The Guardian reported.

Shunmugaraja was eventually dismissed, and he unsuccessfully applied for several other jobs, failing to secure employment.

The worker who called Shunmugaraja “a sly dog” in 2017 claimed his slur lacked any racial connotations. However, the tribunal accepted the term “dog,” and the phrase “sly dog,” could be regarded as an insult in many cultures and could have racial undertones, The Guardian reported. 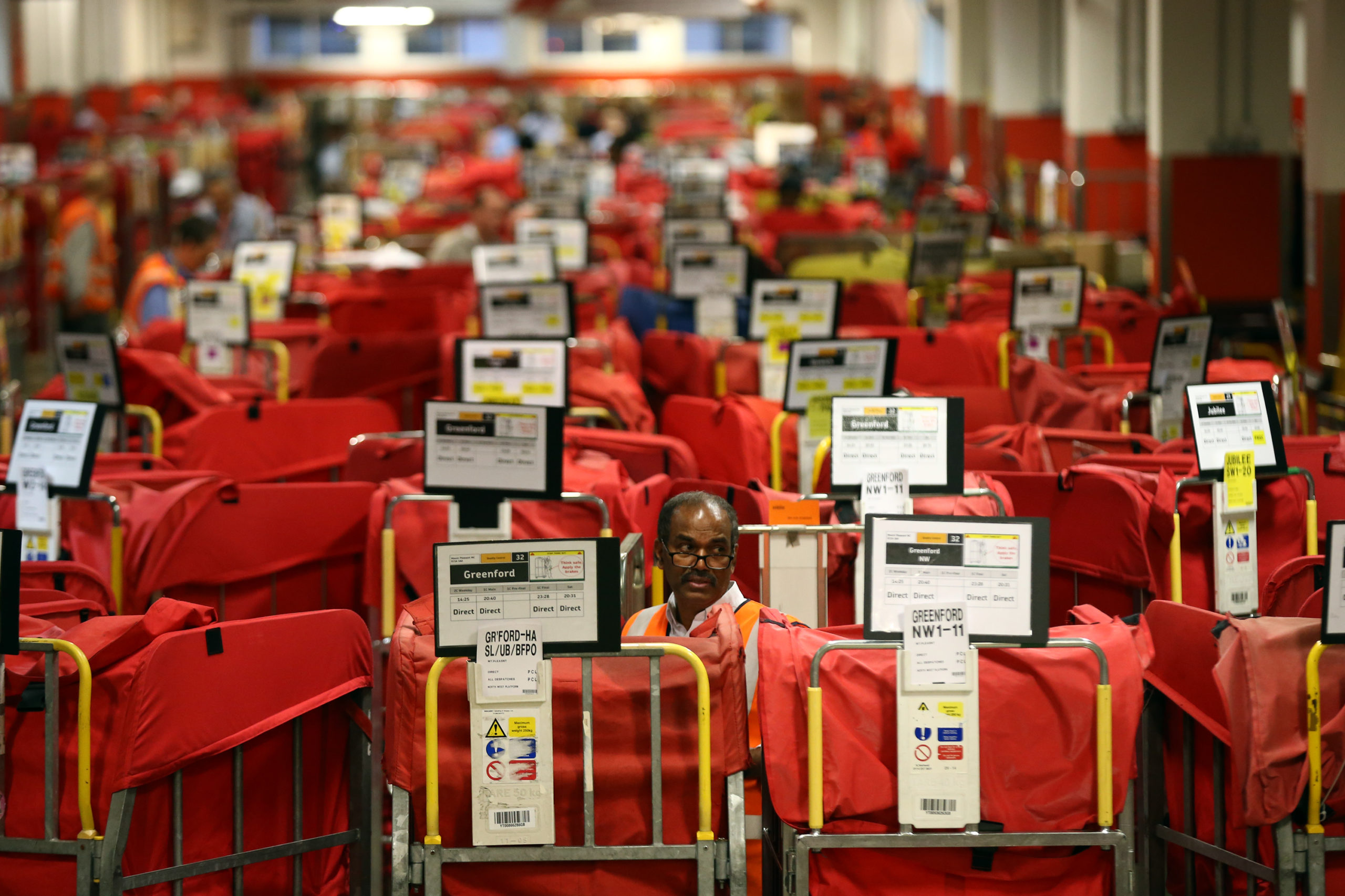 An employee sorts deliveries at Royal Mail’s Mount Pleasant Mail Centre on December 21, 2015 in London, England. This week is expected to be the busiest of the year for Royal Mail as they deal with deliveries in the run up to Christmas. (Photo by Carl Court/Getty Images)

“The claimant loved his job, was clearly performing at a very good level and had every expectation that he would continue to progress his career at Royal Mail until his retirement,” the tribunal stated, The Guardian reported. The tribunal ordered Royal Mail to pay £229,000 ($310,638), which includes compensation for lost and future earnings and injury to feelings, to Shunmugaraja.

“Royal Mail is disappointed by this decision. We are now carefully reviewing the findings. Royal Mail takes its equality and diversity obligations very seriously and is committed to a workplace free of discrimination and harassment, where our colleagues feel respected and able to thrive,” a Royal Mail spokesperson said, according to The Guardian.