A London judge denied bail for WikiLeaks founder Julian Assange Wednesday morning, forcing him to stay in prison while courts in the U.K. deliberate on whether he will be sent to the U.S. to face espionage charges.

District Judge Vanessa Baraitser gave the order for Assange to remain behind bars while the courts decide on the appeal by the U.S. against Baraitser’s ruling to not extradite Assange, according to the Associated Press. 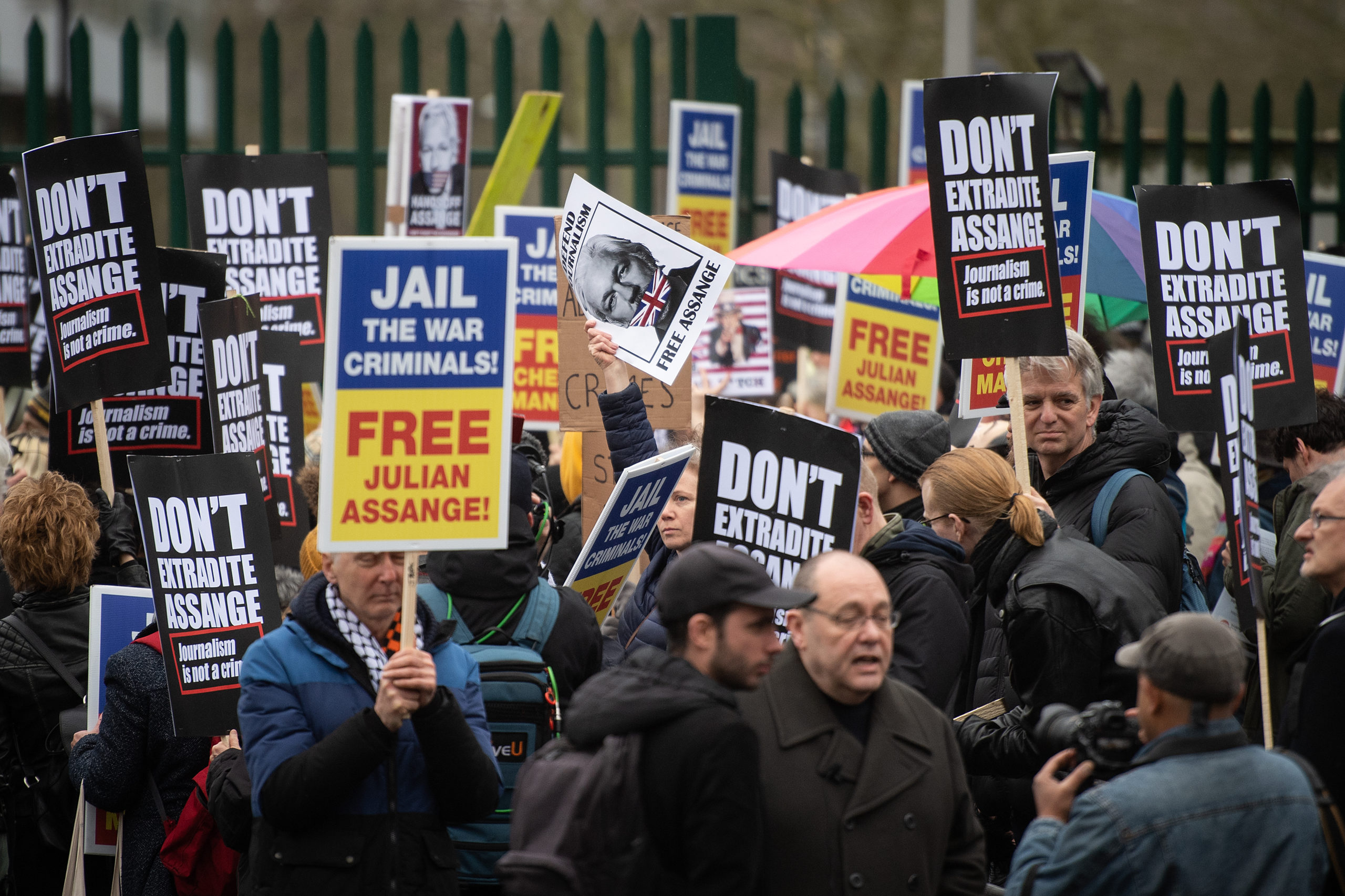 LONDON, ENGLAND – FEBRUARY 24: Protestors hold placards as they block the entrance to Woolwich Crown Court at Belmarsh prison prior to Julian Assange’s extradition hearing on February 24, 2020 in London, England. Assange is wanted by the United States on charges related to the publication of classified US military documents and faces a possible maximum 175-year prison sentence. (Photo by Leon Neal/Getty Images)

Baraitser denied a request on Monday to send Assange back to the states so he could face spying charges over WikiLeak’s release of classified military documents more than ten years ago. Her reasoning for denying the extradition was based on the health of Assange, saying he was likely to kill himself if held in the U.S. prison system’s harsh conditions.

Assange will stay in London’s Belmarsh Prison, a high-security facility on the city’s East side. He has been at Belmarsh since his arrest in April of 2019 for skipping bail on a different legal issue seven years earlier, AP reported.

Stella Moris, Assange’s partner, said the decision was “a huge disappointment.” Kristinn Hrafnsson, spokesman for WikiLeaks said “it is inhumane. It is illogical,” according to AP.

Clair Dobbin, a British lawyer who is acting for the U.S. on Assange’s case, noted that Assange had spent seven years in the Ecuadorian Embassy in London after taking refuge there from a 2012 Swedish extradition request. Dobbin said Assange has the “resources, abilities, and sheer wherewithal” to elude justice again, noting that Mexico has offered him asylum, AP reported.  (RELATED: Mexico’s President Says He’s Willing To Give WikiLeaks Founder Julian Assange Asylum)

Assange’s lawyer, Edward Fitzgerald, said the decision to not extradite “massively reduces” any motivation to flee. “Mr. Assange has every reason to stay in this jurisdiction where he has the protection of the rule of law and this court’s decision.”

The judge disagreed, saying, “Mr. Assange still has an incentive to abscond from these as yet unresolved proceedings.” Noting that “as far as Mr. Assange is concerned this case has not yet been won.”

Fitzgerald is unsure if the incoming administration for Joe Biden will pursue prosecution that Donald Trump started, according to AP.

U.S. prosecutors indicted Assange on 17 charges of espionage and one charge of computer misuse for WikiLeaks release of thousands of diplomatic and military documents. Prosecutors also say Assange illegally helped U.S. Army intelligence analyst Chelsea Manning, then Bradley Manning, obtain classified military files that were then published on WikiLeaks. These charges have a maximum sentence of 175 years in prison.