The capital and largest city of China’s Hebei province is reportedly preventing nearly 11 million people from fleeing the city as of Thursday, in an apparent bid to slow coronavirus spread.

Authorities in Shijiazhuang, which has roughly 11 million residents, have barred people from fleeing the city after Hebei had 51 of the 52 local cases reported by the National Health Commission on Thursday, according to Reuters. Authorities only recorded 20 cases in the province Wednesday, according to the report.

All of mainland China, including Hebei, reported 63 cases Thursday — compared to 32 cases reported the previous day — marking the sharpest increase in cases since July, Reuters reported. (RELATED: China Didn’t Alert WHO To Coronavirus Outbreak – The Internet Did, New Timeline Shows)

Aside from preventing people from leaving the city, any persons or vehicles from areas of the city that are deemed high-risk are not allowed to leave their individual district, according to Reuters. 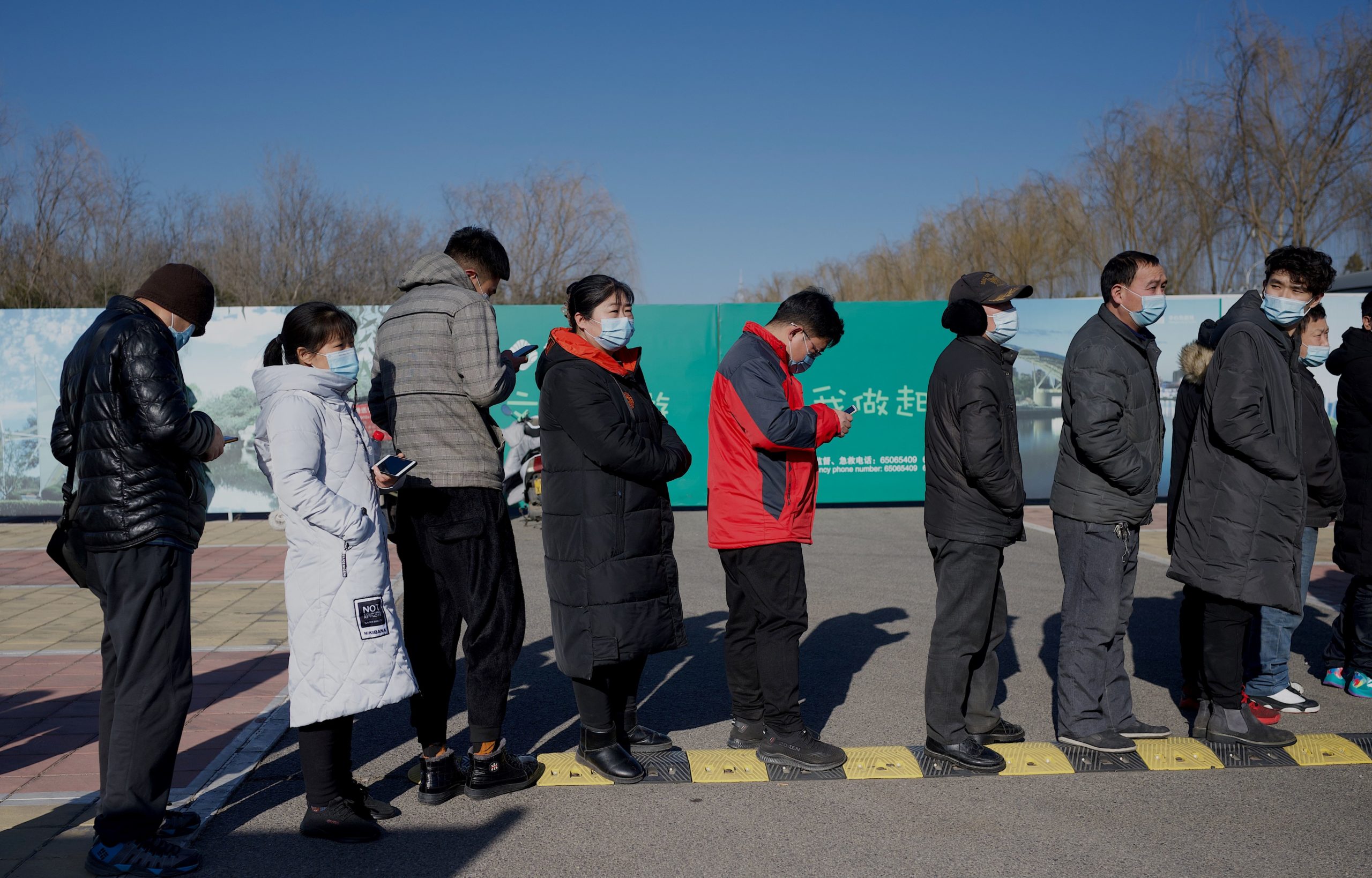 People wait to board shuttle buses to a COVID-19 coronavirus vaccine center in Beijing on Jan. 5, 2021, as China races to innoculate millions before the Chinese New Year Mass travel season in February. (NOEL CELIS/AFP via Getty Images)

Authorities have also set up mass testing sites and banned gatherings in order to further combat the surge in cases, according to the report.

Hebei is reportedly operating under “wartime mode” as of Tuesday, which means provincial, city and district level investigation teams would be set up to trace contacts of those who have tested positive.

China has been swift in locking down cities where coronavirus outbreaks occur, notably locking down Wuhan – the epicenter of the pandemic – for more than two months. The communist nation also locked down more than 100 million citizens in May following 34 infections, Bloomberg reported.