New York City saw a surge in shootings and murders in 2020 despite overall crime being down in the city, new data shows.

“Unprecedented events of 2020 presented significant challenges for New York City and its police,” the City said in a press release. “From a diminished headcount beginning at the onset of COVID-19 to large-scale protests sparked by the murder of George Floyd in May, the NYPD’s resources were stretched further than at any time in recent memory.”

Data shows that there was a 97% increase in shootings, with 1,531 shootings in 2020 compared to 777 in 2019. There was also a 44% increase in murders, which was attributed to the “challenges of an ongoing international health pandemic that has strained city residents and the police officers.”

Burglaries were up 42% while car theft increased by a whopping 67%. (RELATED: 4 Shot Across New York City In A Little Over An Hour)

Police, however, had a 29% increase in gun violence arrests for 2020, with 2,057 arrests made in the last four months of the year.

Despite isolated increases in specific areas of crime, overall crime was lower.

“What New York City and our nation experienced in 2020 will resonate for a long, long time,” Police Commissioner Dermot Shea said. “The NYPD recognizes this as a time for asking and answering difficult questions, for reflection and action and for all encouraging and serving New Yorkers.”

Shea called 2020 a “dark period” in December, according to the Associated Press (AP). 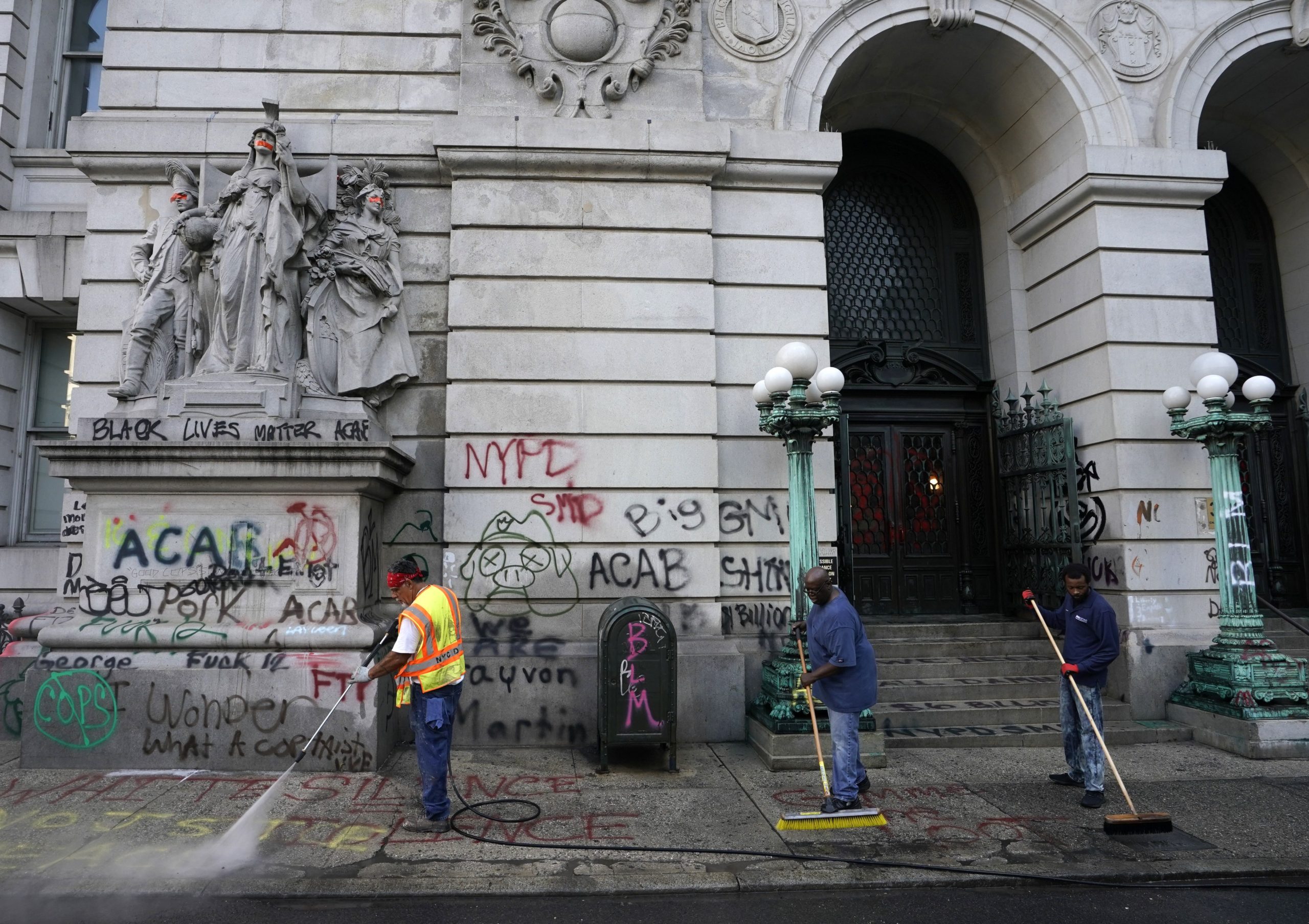 Sanitation workers clean up graffiti on July 22, 2020, after the Occupy City Hall protesters were cleared overnight by police – ( TIMOTHY A. CLARY/AFP via Getty Images)

“We’re definitely coming out of that dark period. The confluence of COVID into the protests into all of the debate about defunding the police – I can’t imagine a darker period,” he said.

A “Defund the Police” protest in June outside the city hall quickly turned into an occupation. Eventually city officials caved into the demands of the occupiers and slashed the police budget by $1 billion. Personnel overtime and a recruiting class of 1,200 was cut due to the city’s actions, according to the AP.