A joint session of Congress presided over by Vice President Mike Pence voted early Thursday morning to certify President-elect Joe Biden’s win against President Donald Trump after the Capitol was stormed earlier in the day by pro-Trump rioters.

Every state’s votes were verified throughout the night. The states that were objected to received enough votes to certify Biden’s win, despite a small group of Senate Republicans who objected against the certification of Arizona and Pennsylvania.

Just hours before the vote, pro-Trump rioters breached the U.S. Capitol and made their way onto the Senate floor, forcing lawmakers to go on lockdown.

Despite the chaos, Congress regrouped and voted to certify Biden’s victory after the building was cleared. 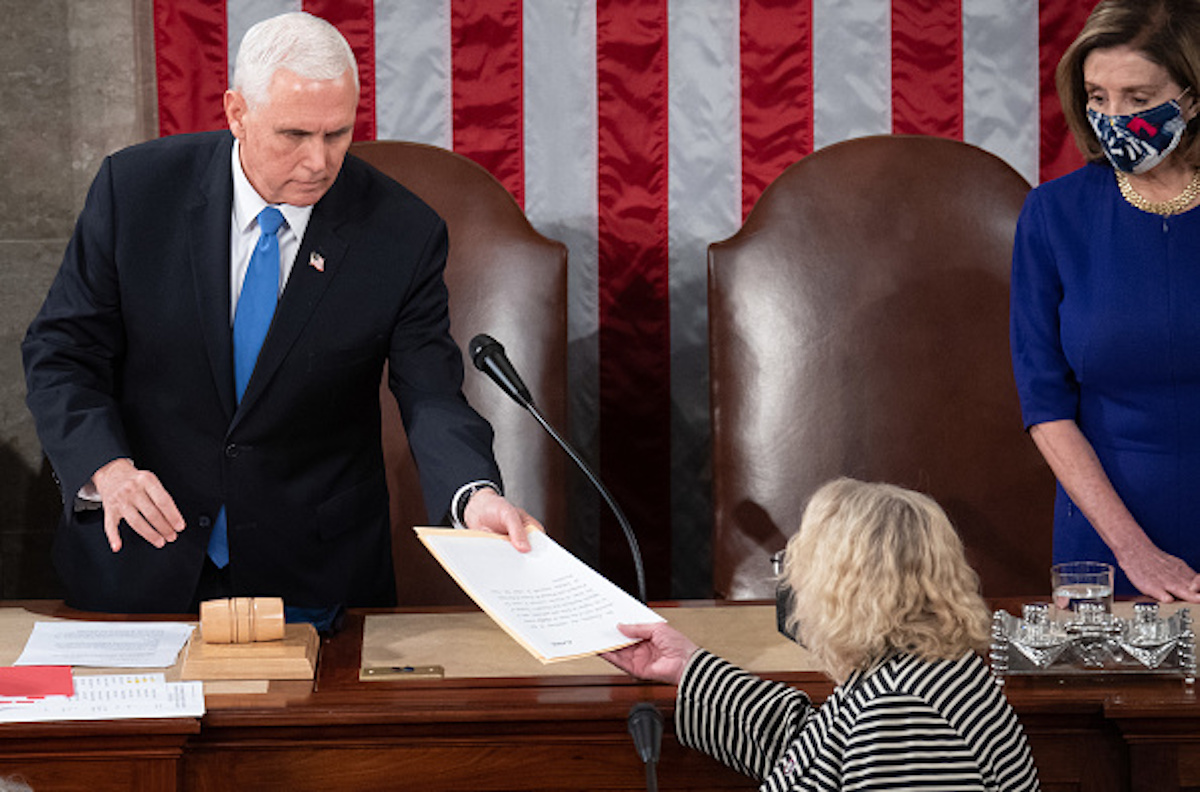 There were at least a dozen senators who said they would object during Congress’ counting of the Electoral College vote. Republican Missouri Sen. Josh Hawley was the first senator to make the announcement Dec. 30, citing Big Tech platforms’ alleged interference in the election in support of Biden and claiming election laws were broken in Pennsylvania.

The Trump campaign and Republican surrogates have filed around 40 lawsuits trying to overturn the election results since Nov. 3 without winning a single one for lack of evidence.

Pence announced Wednesday in a letter to Congress that he would not unilaterally attempt to overturn the results of the presidential election and returned to the Capitol Wednesday night after it was cleared by law enforcement.