“The violence we saw yesterday at our nation’s Capitol was appalling, reprehensible and antithetical to the American way. We condemn it,” she stated Thursday evening in the briefing room. “The president and this administration, in the strongest possible terms. It is unacceptable, and those people that broke the law should be prosecuted to the fullest extent of the law.”

McEnany harkened back to comments she made during the protests and riots over the summer: “the First Amendment guarantees the right of the people to peacefully assemble. What we saw last night in Washington and across the country was not that.” (RELATED: Biden Savages Trump For Capitol Riot, But Doesn’t Say If He Agrees With Invoking The 25th Amendment)

“What we saw yesterday afternoon in the halls of our Capitol likewise was not that,” she continued Thursday. “We grieve for the loss of life and those injured. We hold them in our prayers and close to our hearts at this time. We thank our valiant law enforcement officers who are true American heroes. What we saw yesterday was a group of violent rioters undermining the legitimate First Amendment rights of the many thousands who came to have their voices heard at our nation’s capital.” 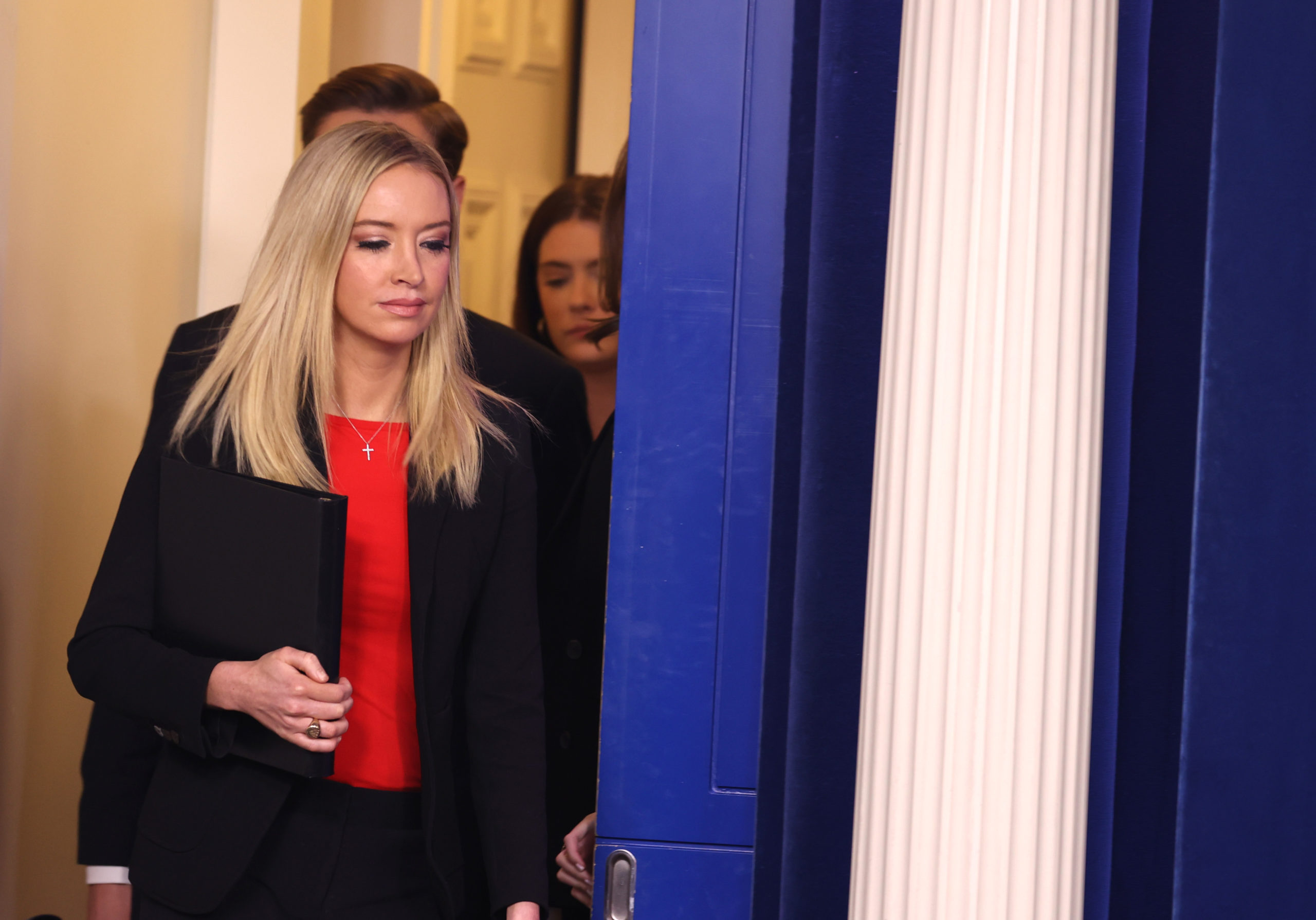 McEnany claimed the actions “are the opposite of everything this administration stands for.”

“The core value of our administration is the idea that all citizens have the right to live in safety, peace and freedom,” she said in closing. “Those who are working in this building are working to ensure an orderly transition of power. Now, it is time for America to unite, to come together, to reject the violence that we have seen. We are one American people under god.”

Numerous reporters in the briefing room audibly asked why President Donald Trump himself had not issued the statement, but McEnany did not take any questions.