“This really is the main problem, on the right anyway. The people who run the Republican Party don’t really like their own voters,” Carlson said on Fox News’ “Tucker Carlson Tonight.”

“And they especially don’t want the voters that Trump brought,” Carlson continued. “Trump brought the party’s ranks noticeably downscale, ‘from the country club to the trailer park,’ as they often sneer. And this horrifies them. Many Republicans in Washington now despise the people they’re supposed to represent and protect.”

Carlson claimed that this view is shared by “our entire leadership class” who have rejected Trump supporters. “You rarely hear it spoken out loud but this is the truth: a very specific form of intra-white loathing is at the core of the reaction to Donald Trump.” (RELATED: Jonathan Turley Says Removing Trump With The 25th Amendment Is ‘Extremely Unlikely’ But ‘Can Happen’)

Carlson claimed that “socially anxious white professionals” feel contempt for “working-class people who look like them.”

“So if you want to understand the hatred, the real hatred, not just disagreement but gut level loathing and fear of Trump — in say New York or Washington or L.A. — you’ve got to understand that first. It’s not really Trump; it’s his voters. The new money class despises them,” Carlson said.

The Fox News host said Trump didn’t despise this constituency and “did not judge his own voters.  In real life, Trump actually ate at McDonald’s: that’s true and they knew it was true.” (RELATED: ‘I’m Distraught’: Freshman GOP Rep Nancy Mace Says Trump’s Legacy Has Been ‘Wiped Out’)

Former Republican South Carolina Rep. Trey Gowdy said Thursday that he can no longer say what his party “stands for.” He joined other prominent Republicans who have chastised Trump for his role in Wednesday’s Capitol riot. There have been calls to impeach Trump after a mob stormed the Capitol building, bringing chaos and violence to the Electoral College vote certification proceedings. 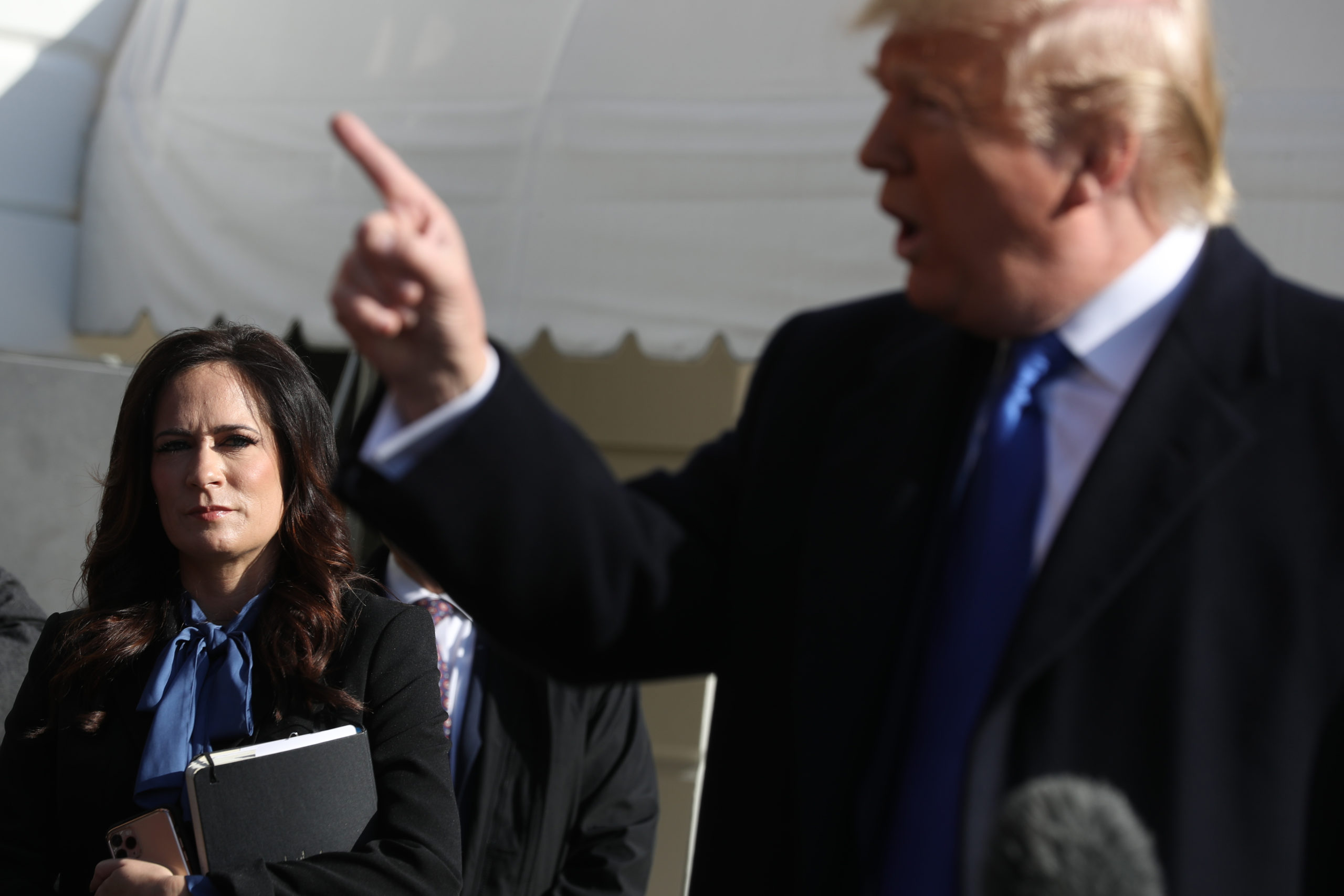 White House Press Secretary Stephanie Grisham (L) listens to U.S. President Donald Trump talk to reporters before he boards Marine One and departing the White House Nov. 8, 2019 in Washington, DC. Trump is traveling to Atlanta, Georgia, where he plans to kick off his Black Voices for Trump Coalition, an effort to attract more African-American voters. (Photo by Chip Somodevilla/Getty Images)

Former Republican New Jersey Gov. Chris Christie suggested Trump was to blame for the riots by encouraging his supporters to reject the results of the 2020 presidential election. Republican Wyoming Rep. Liz Cheney claimed Trump “lit the flame” of the riot.