Eight Democratic governors are demanding that the federal government release doses of the coronavirus vaccine that have been withheld for a second round of inoculations, even though several of the states involved have large stockpiles of unused vaccine doses.

One of the states, New York, has seen hundreds of vaccine doses destroyed due to rigid guidelines limiting who can receive the vaccine. Kansas, another state whose governor signed the letter, is 48th out of 50 in terms of administering doses it was allocated, having used up just 19% of its stockpile.

Despite those struggles, the Democrats said that the federal government’s “failure” to distribute more vaccine doses was “unconscionable and unacceptable.”

The federal government has withheld half of the doses manufactured by Pfizer and Moderna in order to provide a second round of inoculations for people who have already received the vaccine.

There has been a growing push amid a slower-than-expected vaccine rollout to release the second round of doses in order to get the vaccine into the arms of more people. President-elect Joe Biden plans to release all of the available doses from the stockpile, in a break with the Trump administration’s policy of holding half of doses in reserve. (RELATED: Vaccine Distribution Run By Biden Transition Team Member Is One Of The Worst In The Country)

New York is faring best of any of the states whose governors signed the letter in terms of administering available vaccine doses. 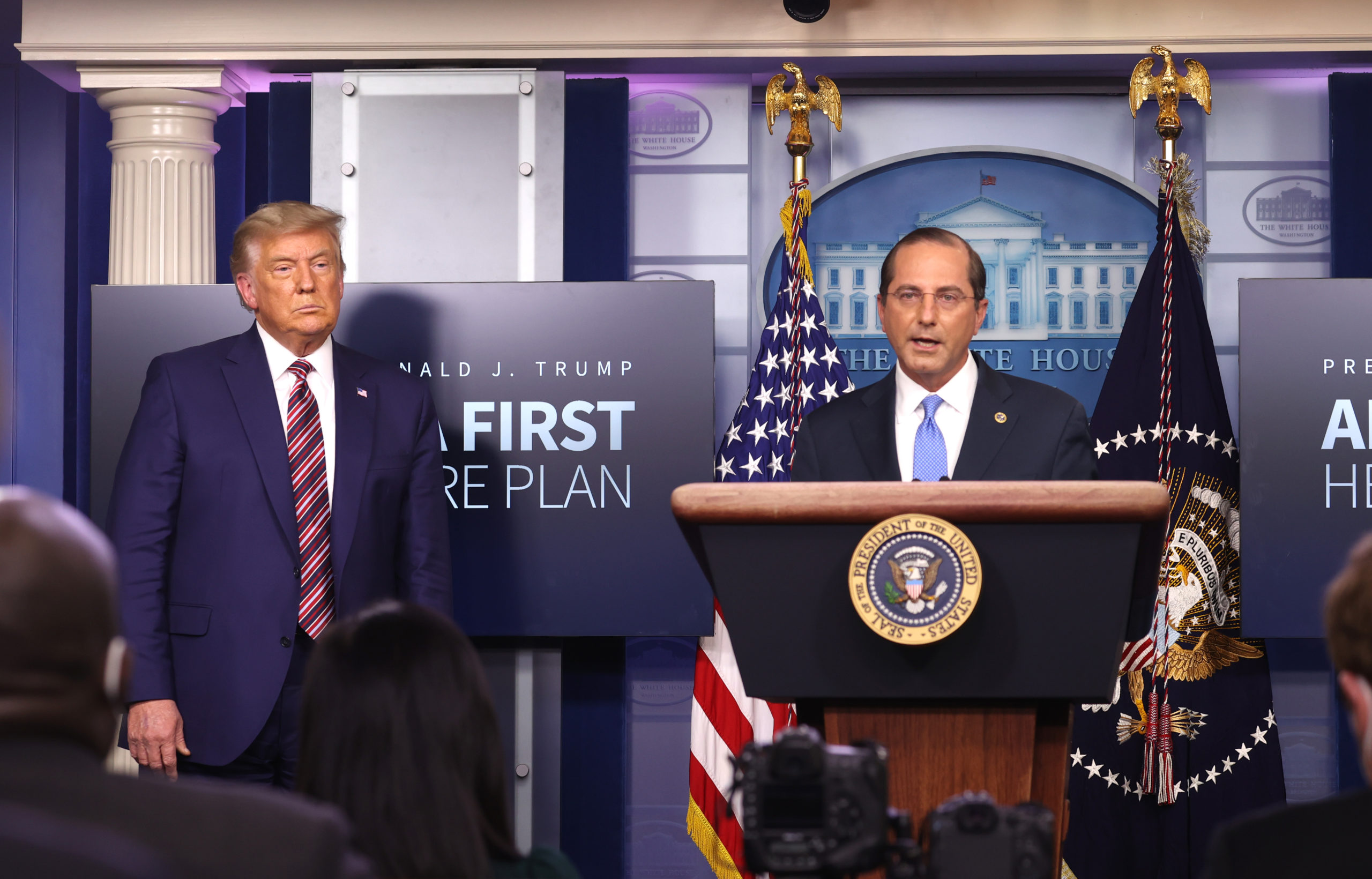 U.S. President Donald Trump looks on as United States Secretary of Health and Human Services Alex Azar speaks to the press in the James Brady Press Briefing Room at the White House on November 20, 2020 in Washington, DC. (Tasos Katopodis/Getty Images)

According to The New York Times, the Empire State has used 31% of its available doses, making it the 19th most efficient state in the union. The other states whose governors signed the letter rank from between 24th (Illinois) to 48th (Kansas) in terms of vaccine usage.

California and Michigan, whose governors have been among the staunchest critics of the Trump administration’s coronavirus policies, rank 39th and 44th respectively in terms of using their vaccine stockpiles, according to The Times’ data.

North Dakota, West Virginia and South Dakota, the top three states in terms of vaccine administration, have used more than 50% of their doses.

New York’s vaccination struggles have received perhaps the most attention of any state, thanks in part to a high-profile feud between Cuomo and New York City mayor Bill de Blasio.

De Blasio blasted state officials on Thursday, saying that they have prohibited giving the vaccine to people who are not in categories prioritized by the state.

He called on the state to allow people older than 75 to receive the vaccine. He said that doses are going unused because the supply of the vaccine is greater than the number of people in pre-approved categories who are willing to take it.

Under current guidelines, residents of long-term care facilities and health care workers are allowed to receive the vaccine.

The New York Times reported on Friday that a New York City hospital discarded 300 doses of Moderna’s vaccine because it expired. The story noted that Cuomo has stuck to rigid guidelines for who can receive the vaccine.

The mayor said on Friday that Cuomo fined the city of New Rochelle for administering the vaccine to first responders because that category of people are not in the state’s pre-approved list for vaccine recipients.

Azar, the secretary of HHS, has encouraged governors to open up their vaccine schedules in order to ensure that doses do not go unused.

A spokesperson for the agency reiterated that position in a statement to The Daily Caller News Foundation.

“We are encouraging jurisdictions to expand their priority groups as needed to ensure no vaccine is sitting on the shelf after having been delivered to the jurisdiction-directed locations,” the spokesperson said.

Gov. Cuomo and Gov. Kelly’s offices did not respond to requests for comment.