Perdue released a statement congratulating Ossoff, saying although he won the general election, he lost the runoff election. Perdue said him and his wife will continue to pray for Georgia and the U.S.

“Although we won the general election, we came up just short of Georgia’s 50% rule, and now I want to congratulate the Democratic Party and my opponent for this runoff win,” Perdue said in a statement. “Bonnie and I will continue to pray for our wonderful state and our great country. May God continue to bless Georgia and the United States of America.”

The Associated Press called the race with 98% of the vote Wednesday. Ossoff received 2,222,133 million votes, 50.3% of the total, while Perdue received 2,197,274 million votes, 49.7%, according to the New York Times. The Senate will now be divided 50-50 with Vice President-elect Kamala Harris serving as the tie-breaker for the Democrats. 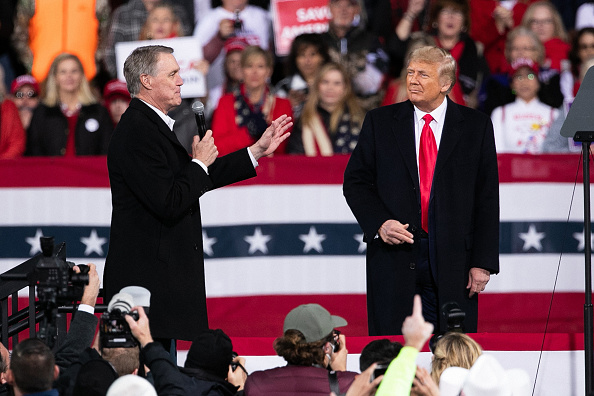 Perdue had been in quarantine since the Thursday before the election, after coming into close contact with a campaign staff member who later tested positive for coronavirus and was not able to campaign in person or travel throughout the state. (RELATED: Kelly Loeffler Concedes To Raphael Warnock In Georgia Senate Runoff Election)

One of Ossoff’s latest advertisements featured former President Barack Obama and singer-songwriter John Legend. In the video, Obama said Ossoff will work towards affordable health care, fixing the economy and to pass a new voting rights act if elected. Obama endorsed Ossoff earlier in the year and attended a virtual rally telling people to get out and vote, according to Ossoff’s campaign website.