Centers for Medicare and Medicaid Services administrator Seema Verma announced Friday that she will not leave her post early, as other senior Trump administration officials have done in recent days.

Verma, one of the top officials on Trump’s White House Coronavirus Task Force, made the announcement on a staff-wide conference call Friday morning, multiple Trump administration officials present on the call told the Daily Caller. All of the officials asked to remain anonymous, as they had not been cleared to discuss the topic publicly. (RELATED: Here Are All The Trump Administration Officials Who Resigned In The Wake Of The Capitol Riot)

“CMS exists to serve the American people, oversee the healthcare system and operate programs that are a lifeline for over 140 million beneficiaries,” she stated. “Our work does not and cannot halt in times of anxiety and unrest — just as the current COVID-19 pandemic has vividly demonstrated for almost a year.” 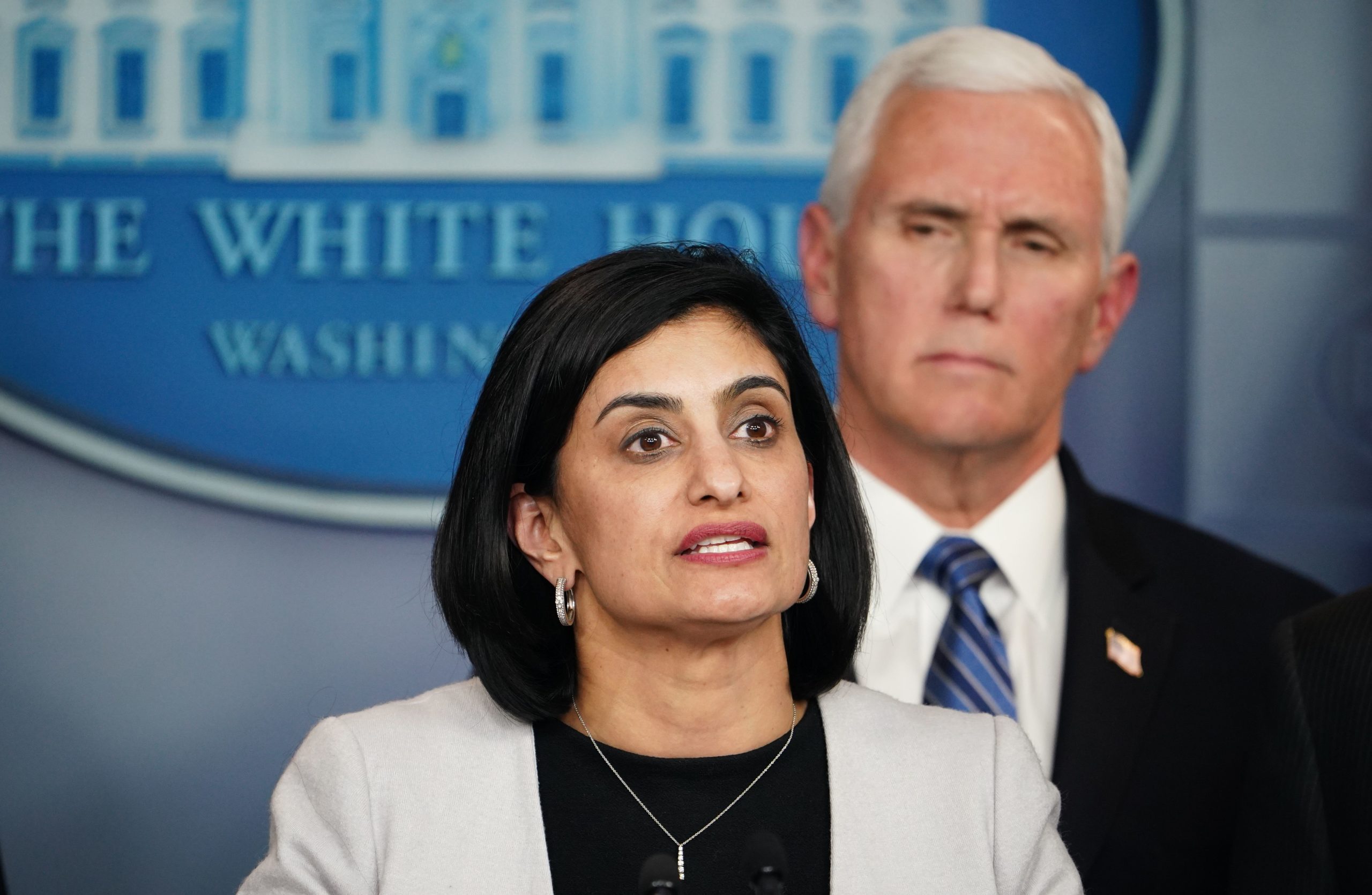 Seema Verma, administrator of the Centers for Medicare and Medicaid Services, and US Vice President Mike Pence (R) speak along with members of the coronavirus take force during a press briefing at the White House in Washington, DC on March 2, 2020. (Photo by MANDEL NGAN/AFP via Getty Images)

“For my part, I remain steadfastly committed to the oath I took when I assumed this role, to my responsibility to this agency, to the millions of people it serves, and to seeing our team through an orderly transition of power to the Biden Administration over the next two weeks.”

She also addressed the deadly riot carried out Wednesday by Trump supporters on Capitol Hill, saying the loss of life  and attacks on democracy left her “heartbroken.”

Verma is a close friend of Vice President Mike Pence. The pair worked together on health care issues when Pence was still governor of Indiana. A source close to her told Daily Caller that she was repulsed by the attacks against Pence for refusing to overturn the results of the 2020 election, including those from within the administration and said such rhetoric erodes faith in American democracy.

As the mob swarmed the Capitol on Wednesday, President Donald Trump himself effectively called Pence a coward for following the Constitution and not Trump’s personal directives.

“Mike Pence didn’t have the courage to do what should have been done to protect our Country and our Constitution, giving States a chance to certify a corrected set of facts, not the fraudulent or inaccurate ones which they were asked to previously certify,” Trump tweeted at the time. “USA demands the truth!”