Kyrgyzstan overwhelmingly elected a convicted kidnapper as its president in a snap election on Sunday.

Sadyr Japarov got nearly 80% of the vote, according to the country’s central election commission. He ran a populist campaign, but also on proposals that would shift power away from the Parliament and into the president’s hands, according to The New York Times.

Just four months ago, however, Japarov was still serving a jail sentence for orchestrating the kidnapping of a provincial governor. He has denounced the charges as politically motivated and capitalized on a disputed parliamentary election to launch his successful campaign. (RELATED: Kyrgyzstan Deploys Military To Quell Protests) 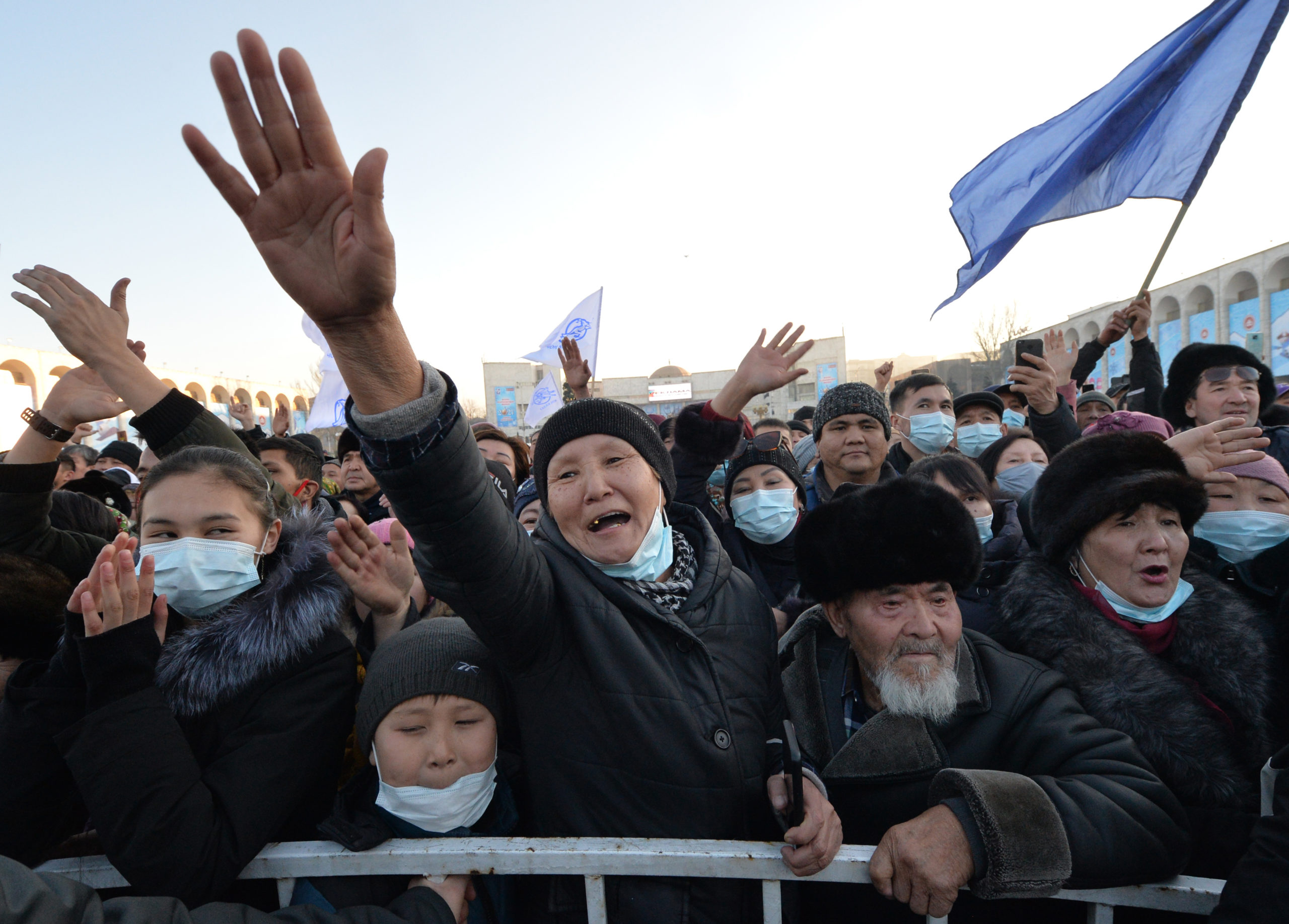 Supporters of Kyrgyz presidential candidate Sadyr Japarov attend a rally at Bishkek’s Ala-Too Square on January 11, 2021, a day after the presidential election. (Photo by VYACHESLAV OSELEDKO/AFP via Getty Images)

Though his critics have assailed him as a corrupt nationalist, the Times reported, Japarov campaigned on uniting Kyrgyzstan.

“I call on opponents to unite; the minority should submit to the majority,” he said during a news conference on Sunday. “I come to power during challenging times; there is a crisis everywhere.”

Japarov was described as a “Robin Hood” figure by Arkady Dubnov, an expert on Central Asia from Russia, but added that the election showed how delicate Kyrgyzstan’s balance of power was.

“The way how the whole system of power in Kyrgyzstan was whipped and uprooted in 48 hours shows how government institutions are unstable in this country,” he said.