The Democratic Socialists of America, Sunrise Movement and more than a dozen teachers’ unions will host a “day of resistance” to demand safety and equity in U.S. schools.

The coalition, called Demand Safe Schools, is comprised of progressive organizations such as the Democratic Socialists of America, Sunrise Movement, Action Now Institute and the Center for Popular Democracy as well as at least 13 teachers’ unions. The coalition will host events in more than 25 different locations around the country Tuesday as part of its “day of resistance.”

“We are a national collective of students, parents, educators, and community members for the safe and equitable reopening of schools,” the coalition said in a statement. (RELATED: Chicago Teachers Could Face Discipline, Termination If They Don’t Show Up To In-Person School Monday)

Demand Safe Schools is demanding governments provide personal protective equipment, testing and vaccines for all students, families and staff, according to its website. It also demands that cities hire more school staff including social workers, counselors and restorative justice coordinators. 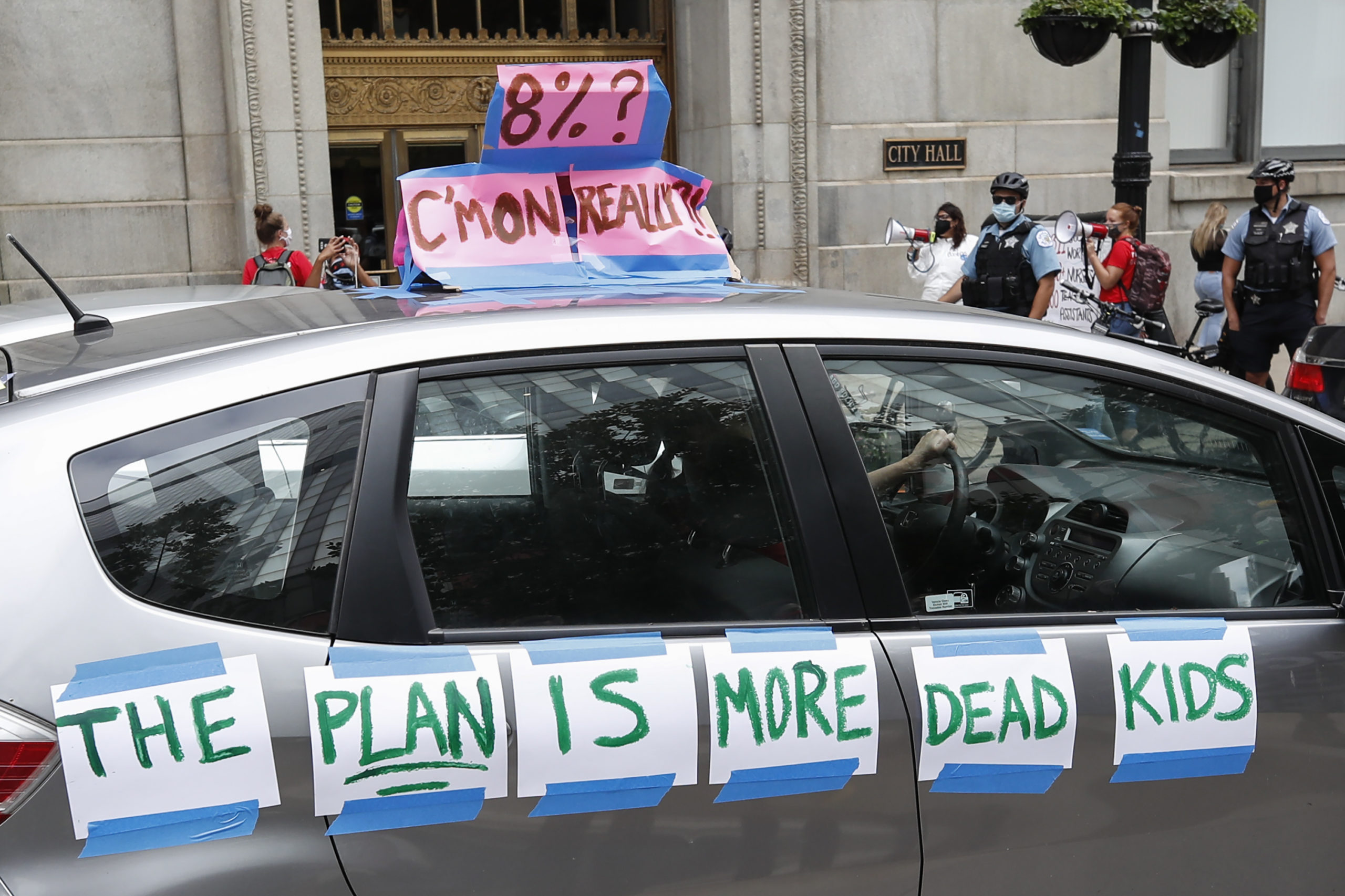 A protester drives during a protest organized by the Chicago Teachers Union in August. (Kamil Krzaczynski/AFP via Getty Images)

But, the coalition’s demands go beyond school-related measures despite its name. The coalition also wants police free schools, rent cancelation, unemployment benefits “for all” and a halt on budget cuts in all states and municipalities.

Teachers’ unions from Chicago, Boston, Los Angeles, Denver, Oakland and Milwaukee all signed onto the “day of resistance,” according to the coalition. (RELATED: We Asked Teachers Unions Nationwide Why They Oppose Reopening Schools. Here’s What They Said)

The Chicago Teachers’ Union has been outspoken against opposing Chicago’s plan to return to in-person class instruction. The union told its members to not “be bullied” by the city, according to a statement on its website.

The Boston and Los Angeles teachers’ unions have also been outspoken, advocating against in-person learning and have supported various economic shutdowns.

“In a move that reflects the desperation of teachers, nurses, healthcare, grocery and hotel employees, their influential unions are calling for a strict month-long Los Angeles County shutdown in January to control the raging COVID-19 pandemic,” United Teachers Los Angeles said in a statement in December.