Federal wildlife officials are investigating the harassment of a Florida manatee which had the word “Trump” carved into its back, according to the Citrus County Chronicle. 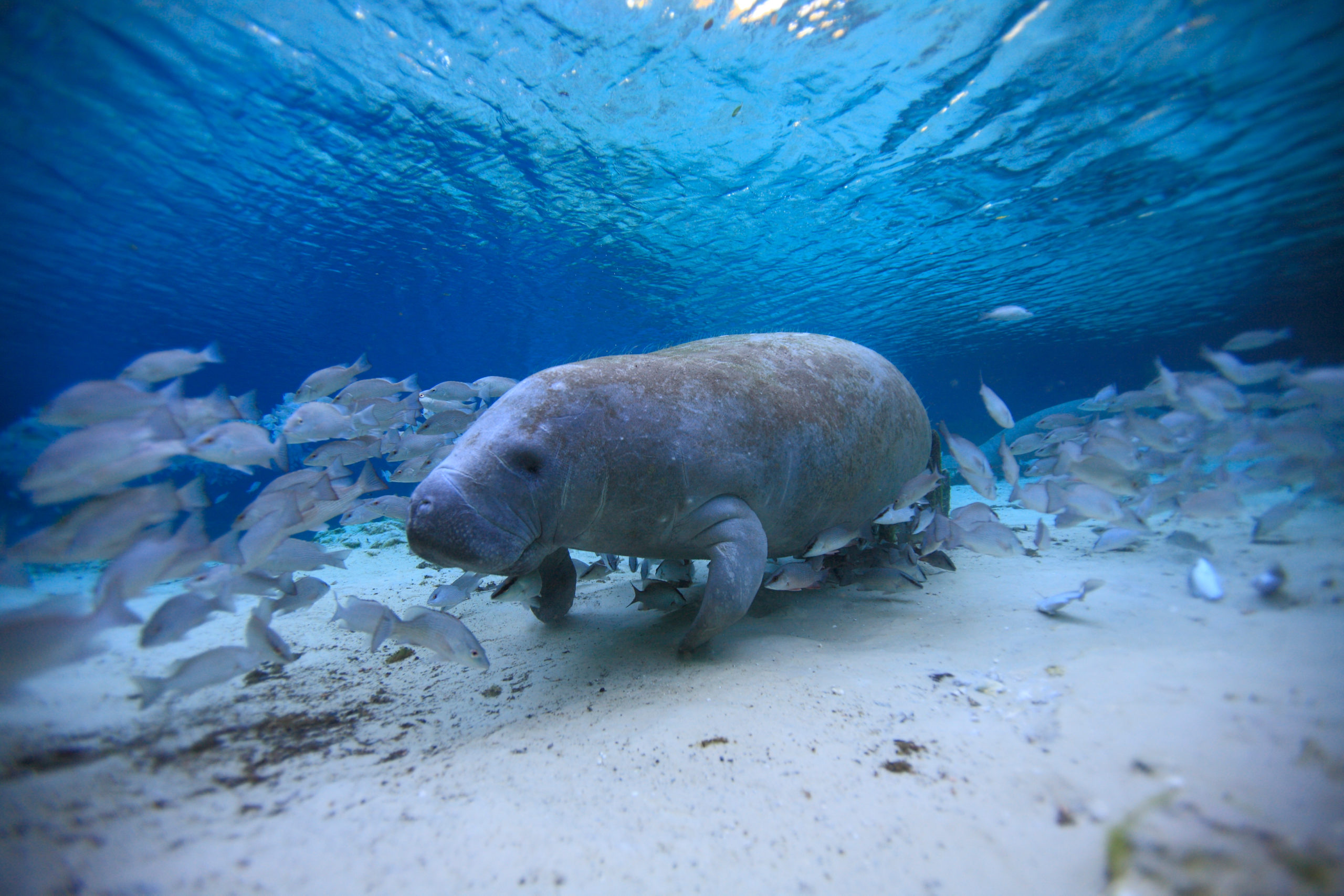 The slow-moving Manatee, known as the “sea cow,” is an easy target for harassment (Photo by Thierry Eidenwell/Shutterstock)

The injured manatee was spotted on Sunday swimming in the Blue Hole headwaters of Homosassa River, which was called into federal authorities, the Citrus County Chronicle reported Monday.

An investigation is being conducted by the United States Fish and Wildlife Service. They are also calling on anyone with any information to contact the Florida Fish and Wildlife Conservation hotline at 888-404-3922. In addition, the Center for Biological Diversity is offering a $5,00o reward for information leading to a conviction for the cruel and illegal mutilation of the manatee. (Related: Trump Signs Bill That Makes Extreme Animal Cruelty A Felony)

The manatee, which is nicknamed “sea cows,” is protected from harassment by the Endangered Species Act, according to the Fish and Wildlife Service’s website. Harassment is a Class A federal offense punishable by a fine of up to $50,000e and/or up to one-year in prison, according to Craig Cavanna, senior federal wildlife officer and current investigating office, who was quoted in the Citrus County Chronicle story.

“It’s been my experience that this is very out of character for this community,” Cavanna said. “Wildlife conservation is a core value in Citrus County. That’s why it’s called the Nature Coast.”

This is the time of the year when the slow-moving, warm-blooded West Indian manatee seeks sanctuary in the spring-fed waters along Citrus County’s coastline, which makes them accessible to swimmers and boaters, Cavanna explained.