Illinois House Speaker Mike Madigan has suspended his campaign to lead his caucus after his own members denied him the necessary votes.

His decision to suspend his campaign came only after he received only 51 of the 60 necessary votes to retain his post, Capitol Fax first reported. Madigan, a Democrat, has been the speaker since 1997 and served in the role from 1983-1995, making him the longest-serving state house speaker in U.S. history.

“This is not a withdrawal,” Madigan said Monday morning. “I have suspended my campaign for speaker. As I have said many times in the past, I have always put the best interest of the House Democratic Caucus and our members first.”

“The House Democratic Caucus can work to find someone, other than me, to get 60 votes for Speaker,” he added. 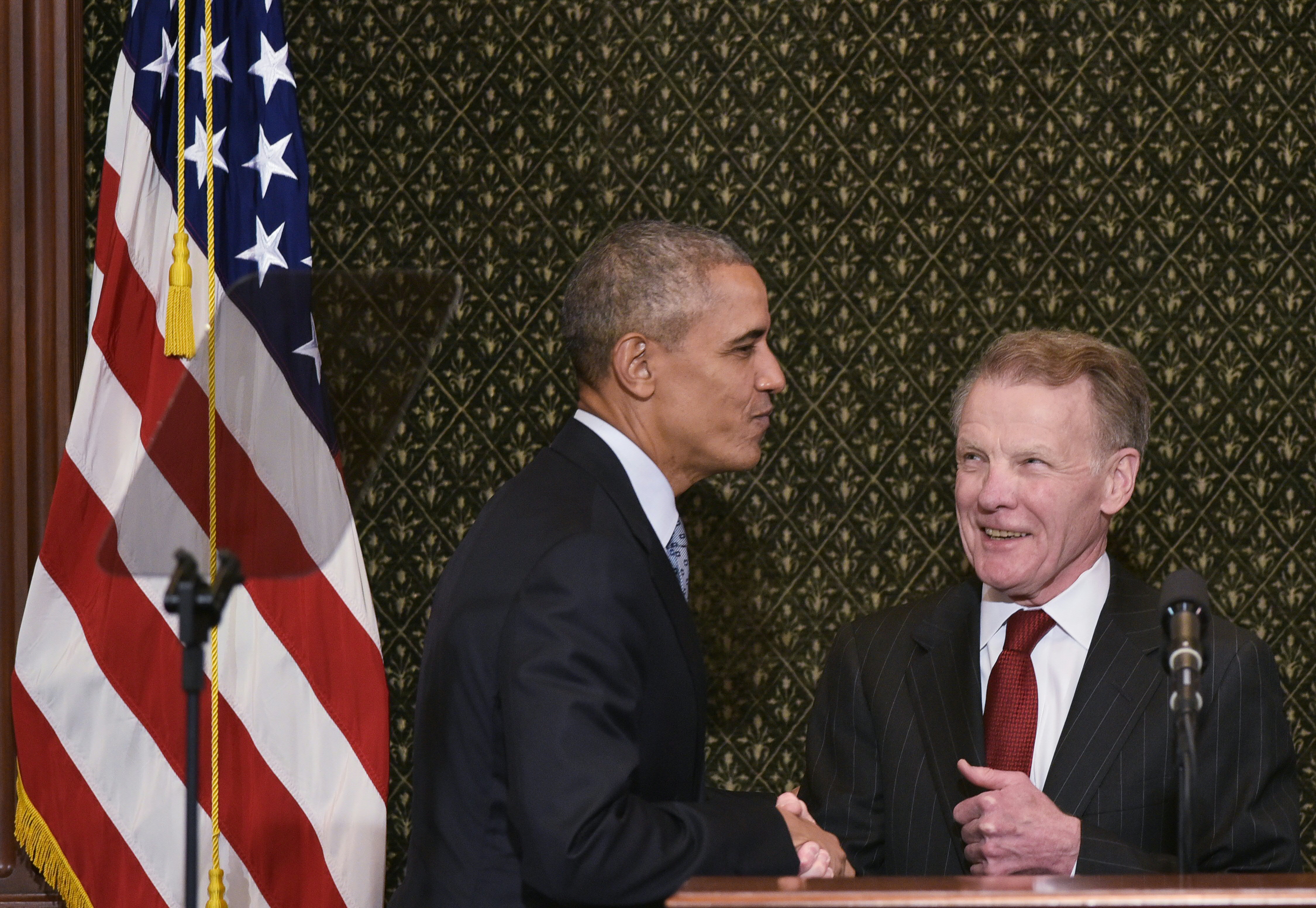 US President Barack Obama shakes hands with Illinois House Speaker Michael Madigan as he arrives to address the Illinois General Assembly at the Illinois State Capitol in Springfield, Illinois on February 10, 2016. (MANDEL NGAN/AFP/Getty)

Madigan’s tenure had become rockier in recent years as younger Democrats sought for new leadership, and was increasingly hobbled after he was tied to a federal corruption investigation that has already drawn charges against some of his political allies and friends.

One of his close confidants was one of four arrested last month. He pleaded not guilty to bribery charges, and Madigan himself was not charged with a crime.

Throughout his multi-decade career, Madigan was long regarded as the most powerful person in Illinois politics. (RELATED: Tension Rises Between Illinois’ Republican Governor, Democratic Legislature Over Education Bill)

“He controls whether or not legislation gets heard and usually whether or not it passes. He is central to state government and has been under both Democratic and Republican governors,” University of Chicago political scientist Dick Simpson told The Hill in December.