The NYSBA referred to Giuliani’s speech at last Wednesday’s pro-Trump rally, given hours before a group of rioters stormed the U.S. Capitol, in a press release announcing the move. 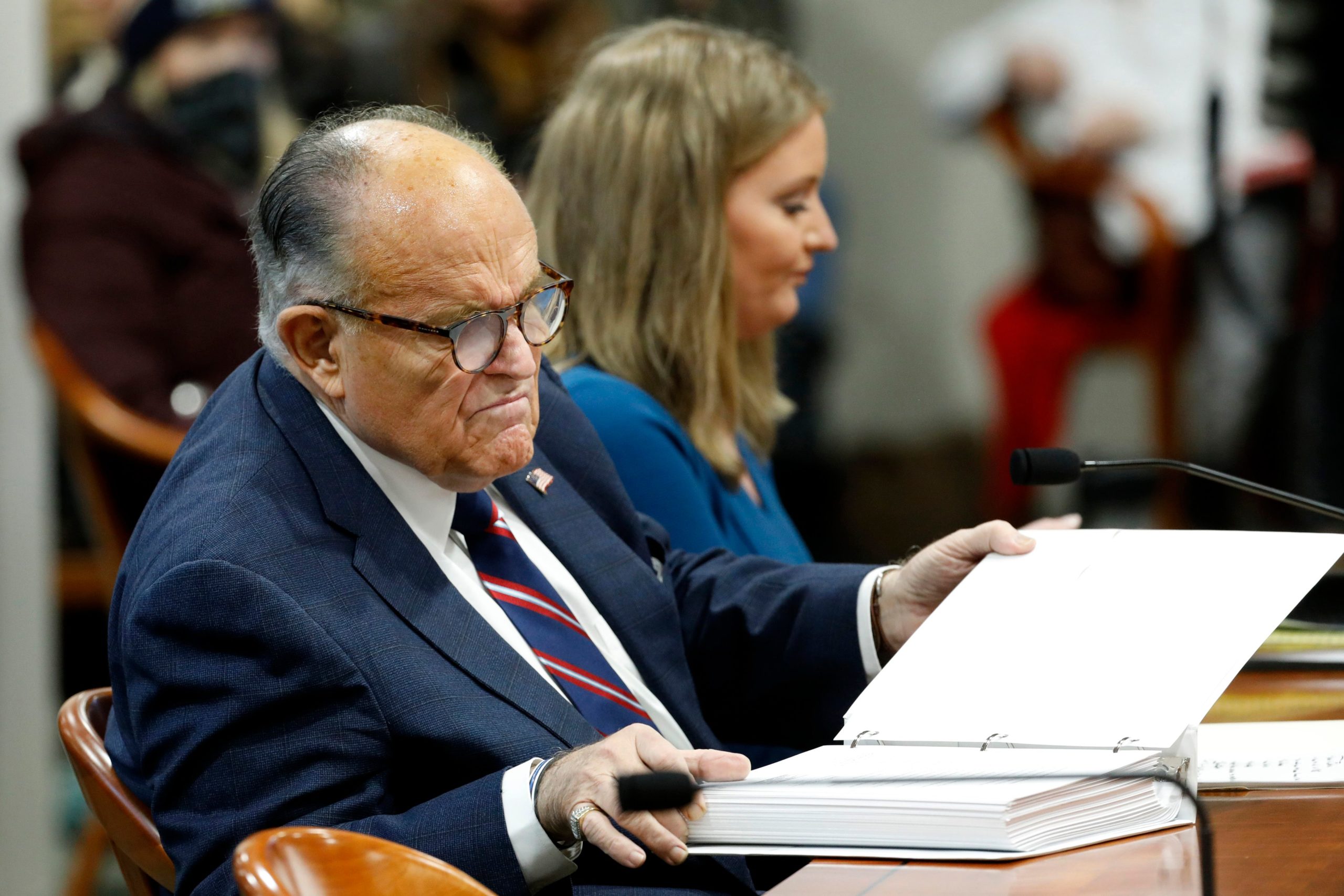 Rudy Giuliani, personal lawyer of US President Donald Trump, looks at documents as he appears before the Michigan House Oversight Committee in Lansing, Michigan on December 2, 2020. (Photo by JEFF KOWALSKY/AFP via Getty Images)

“NYSBA has received hundreds of complaints in recent months about Mr. Giuliani and his baseless efforts on behalf of President Trump to cast doubt on the veracity of the 2020 presidential election and, after the votes were cast, to overturn its legitimate results,” the organization wrote on its website. “As widely reported, these efforts included the commencement and prosecution of court actions in multiple states without any evidentiary basis whatsoever. In each and every instance, these actions were appropriately dismissed by the courts in which they were brought.”

The NYSBA went on to accuse Giuliani of intending to encourage Trump supporters “to take matters into their own hands.

NYSBA’s bylaws state that “no person who advocates the overthrow of the government of the United States, or of any state, territory or possession thereof, or of any political subdivision therein, by force or other illegal means, shall be a member of the Association.” Mr. Giuliani’s words quite clearly were intended to encourage Trump supporters unhappy with the election’s outcome to take matters into their own hands. Their subsequent attack on the Capitol was nothing short of an attempted coup, intended to prevent the peaceful transition of power.

The release concluded by stating that Giuliani will “be provided due process” and will be given an opportunity “to explain and defend his words and actions.” (RELATED: Bill O’Reilly Says Trump ‘Destroyed His Legacy,’ Lost ‘All Perspective And Personal Discipline’)