Ryan, who chairs chair of the House Appropriations subcommittee overseeing the investigation into the Capitol riot’s police response last week, also noted that 10 to 15 officers are under investigation for their behavior during the siege but did not get give specific details, according to CNN.

The Ohio Democrat told reporters the one officer took a picture with the rioters while the other suspended officer wore a “Make America Great Again” hat during the Capitol siege, the Associated Press reported. “You need to make sure the press understands what’s going on here because it’s important the American people know you’re cleaning house,” Ryan reportedly told the interim capitol police chief.

“I know that there were two people that were suspended,” the lawmaker said, CNN reported. “One was the selfie officer and another was an officer that put a MAGA hat on that started directing some people around.” 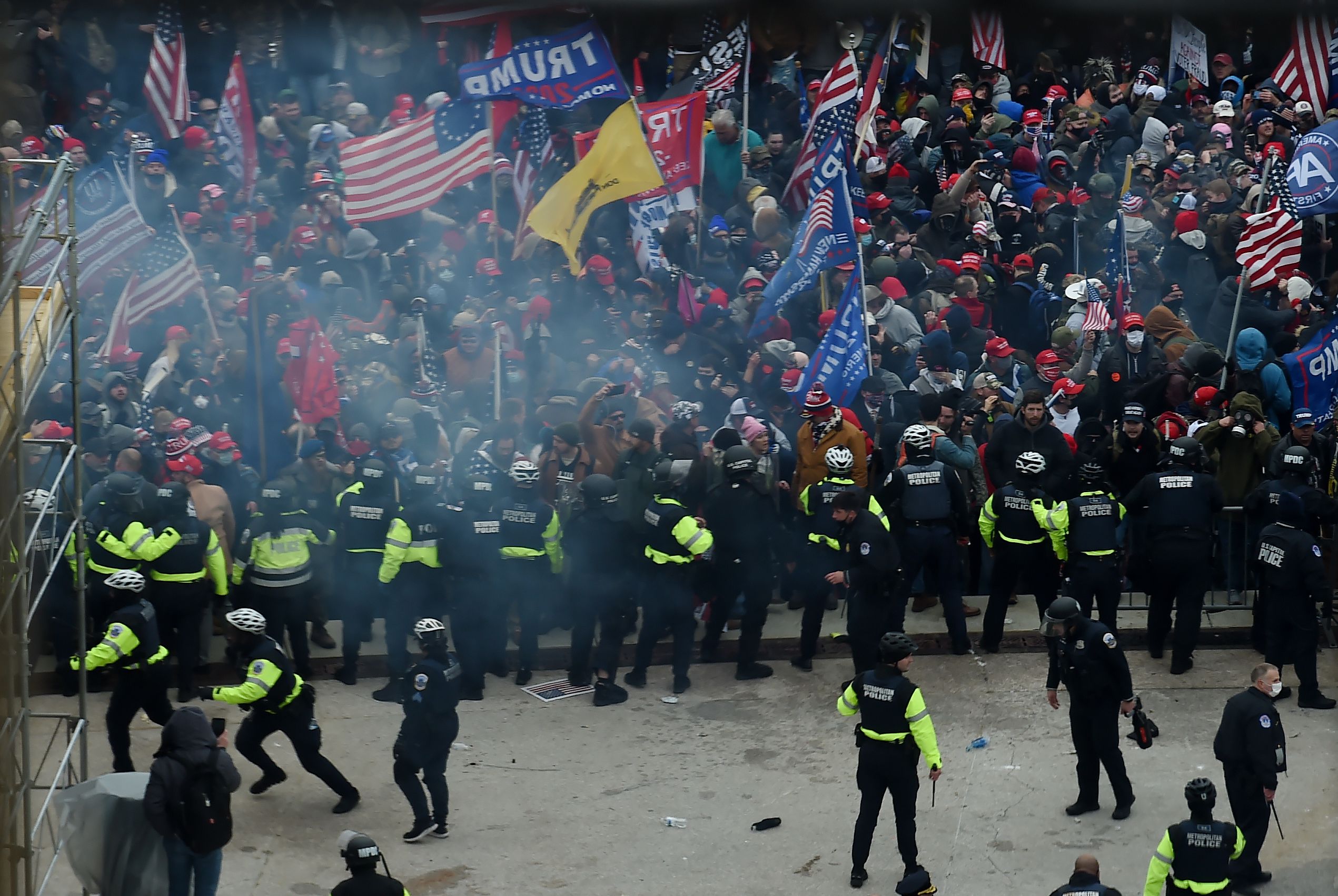 TOPSHOT – Police hold back supporters of US President Donald Trump as they gather outside the US Capitol’s Rotunda on January 6, 2021, in Washington, DC.  (Photo by OLIVIER DOULIERY/AFP via Getty Images)

The Capitol riot in D.C. last week started after a mob of President Donald Trump supporters rushed the Capitol Building in an attempt to stop the congressional certification for President-elect Joe Biden’s electoral November victory.

Five individuals died due to the riot, including Capitol Police Officer Brian D. Sicknick, who died after reportedly being injured “while physically engaging with protesters.” (RELATED: FBI Says Armed Protests Planned In All 50 State Capitols Before Biden’s Inauguration)

Both Ryan’s office and the United States Capitol Police did not immediately respond to the Daily Caller’s request for comment.