The Articles of Impeachment were introduced by Representatives David Cicilline of Rhode Island, Ted Lieu of California, and Jamie Raskin of Maryland on Monday. They consist of one article, “incitement of insurrection.”

Just passed 200 cosponsors on our article of impeachment. We are going to hold Donald Trump accountable for last week’s assault on the Capitol.

These efforts are complicated by the fact that Trump has less than two more weeks in office before Biden is sworn in as the nation’s 46th president. Removal would thus seem to be moot, since Trump was not elected for a second term.

However, Trump’s impeachment could prevent him from holding elected office again. The punishment for impeachment may include “removal from Office, and disqualification to hold and enjoy any Office of honor, Trust or Profit under the United States,” according to Article I, Section 3 of the Constitution.

The Constitution is not clear on whether or not an official can be impeached after he or she leaves office, Georgetown University Government Professor Joseph Hartman told the Daily Caller. “The constitutional text… seems to apply only to current office holders,” Hartman said.

However, Hartman pointed to the 1876 impeachment of William Belknap as a counter to his argument. Belknap, the Secretary of War under Ulysses S. Grant, resigned rather than face a Senate trial for corrupt distribution of government contracts. House impeachment managers argued at the time that Belknap’s resignation should not allow him to avoid impeachment proceedings, according to Politico.

The Senate voted that it did have jurisdiction over Belknap’s activities, although it ultimately acquitted him of the corruption charges. However, that move “seem[ed] to be in conflict with the constitutional text,” since the Constitution does not mention the impeachment of former officials, Hartman added.

Disqualification is not inherent to the impeachment proceedings. For instance, Florida Democratic Congressman Alcee Hastings was impeached and removed from his position as a federal judge in 1989 after he attempted to solicit a bribe from a defendant in a case he heard, according to the Washington Post. Hastings’ impeachment and removal from the bench did not prevent him from being seated in Congress. It was a key political issue during Hastings’ 1992 primary against then-state representative Lois Frankel, the New York Times reported at the time. (RELATED: Flashback: Democratic Vice Chair Who Rambled Through Impeachment Hearing Was Himself Impeached And Removed From Office) 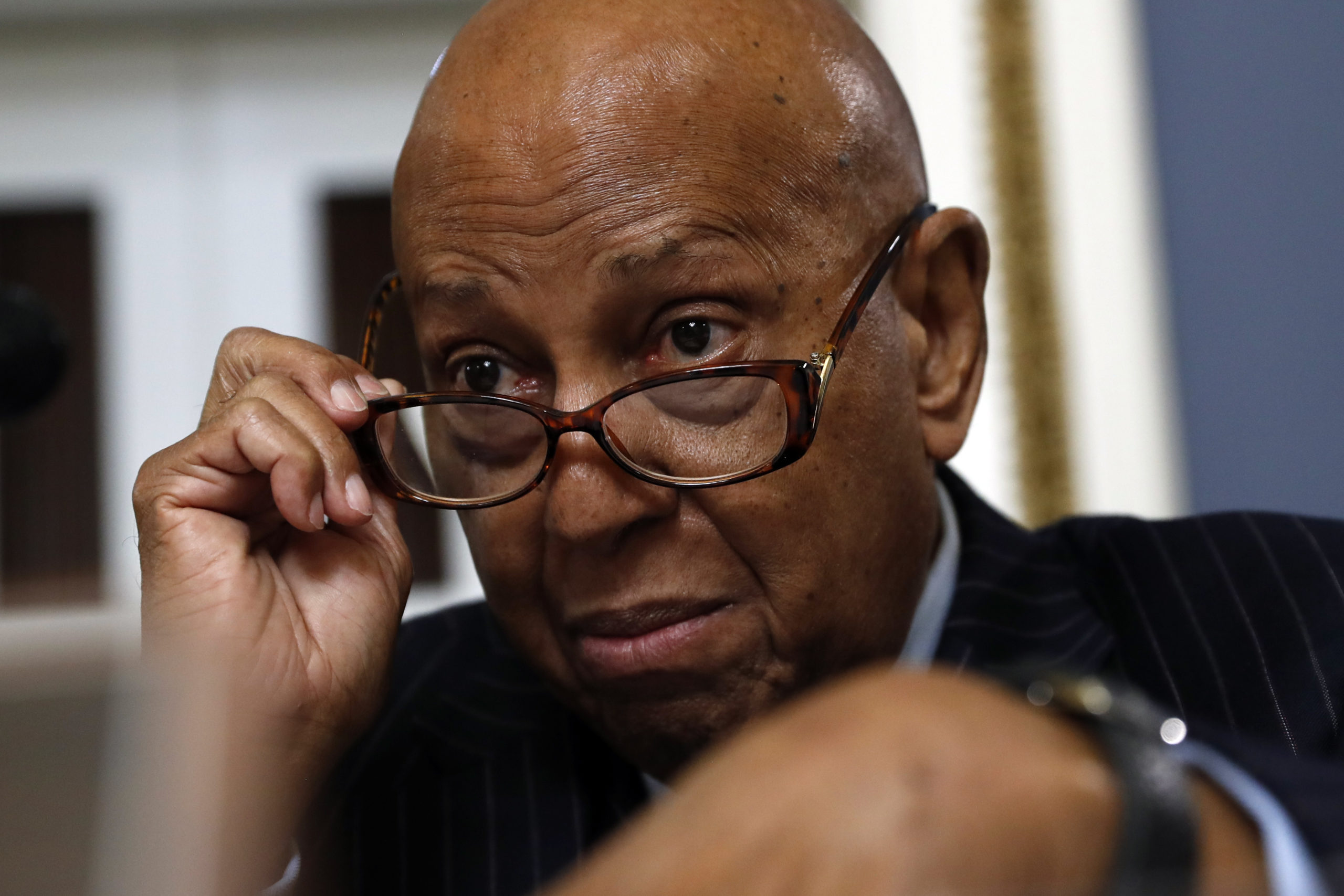 Michigan State College of Law Professor Brian Kalt disagrees. During the Founding Period and in late colonial England, “impeachment was more about creating a culture of accountability than it was about removing bad men from office,” he wrote in a 2001 Texas Law Review article.

Kalt mentions the case of Revolutionary Era Vermont Assemblyman Jonathan Fassett as one such example. Fassett was impeached by the Vermont State Assembly and barred from holding future office in 1787 “for participating in a rebellion.” Fassett did not hold office at the time he was impeached, so Kalt argues that this example of so-called late impeachment is a key precedent for American government. That case was under Vermont state law, but the Founders would have been aware of it and were working under similar assumptions, Kalt explained.

Kalt told the Daily Caller that courts could get involved in a late impeachment. “Congress ha[s] unreviewable authority within the bounds of its constitutional power,” but courts have a role in defining where the bounds are, he said. Kalt explained in his book Constitutional Cliffhangers: A Legal Guide For Presidents And Their Enemies that “the question… is whether late impeachment is within the powers granted to Congress in the Constitution.” Courts would have to answer that question.