An FBI report allegedly sent one day before the Capitol riot warned of potential violence, contradicting original claims that the bureau had no information suggesting harmful acts might occur, The Washington Post reported Tuesday.

An FBI office in Virginia issued the warning, The Post reported, citing an internal document it reviewed. This alleged document noted that extremists were prepping to descend on Washington, D.C., and enact a “war,” according to The Post. (RELATED: REPORT: Trump Is Privately Blaming Antifa After His Supporters Stormed The Capitol)

“As of 5 January 2021, FBI Norfolk received information indicating calls for violence in response to ‘unlawful lockdowns’ to begin on 6 January 2021 in Washington. D.C.,” the document reads according to The Post. “An online thread discussed specific calls for violence to include stating ‘Be ready to fight. Congress needs to hear glass breaking, doors being kicked in, and blood from their BLM and Pantifa slave soldiers being spilled. Get violent. Stop calling this a march, or rally, or a protest. Go there ready for war. We get our President or we die. NOTHING else will achieve this goal.'” 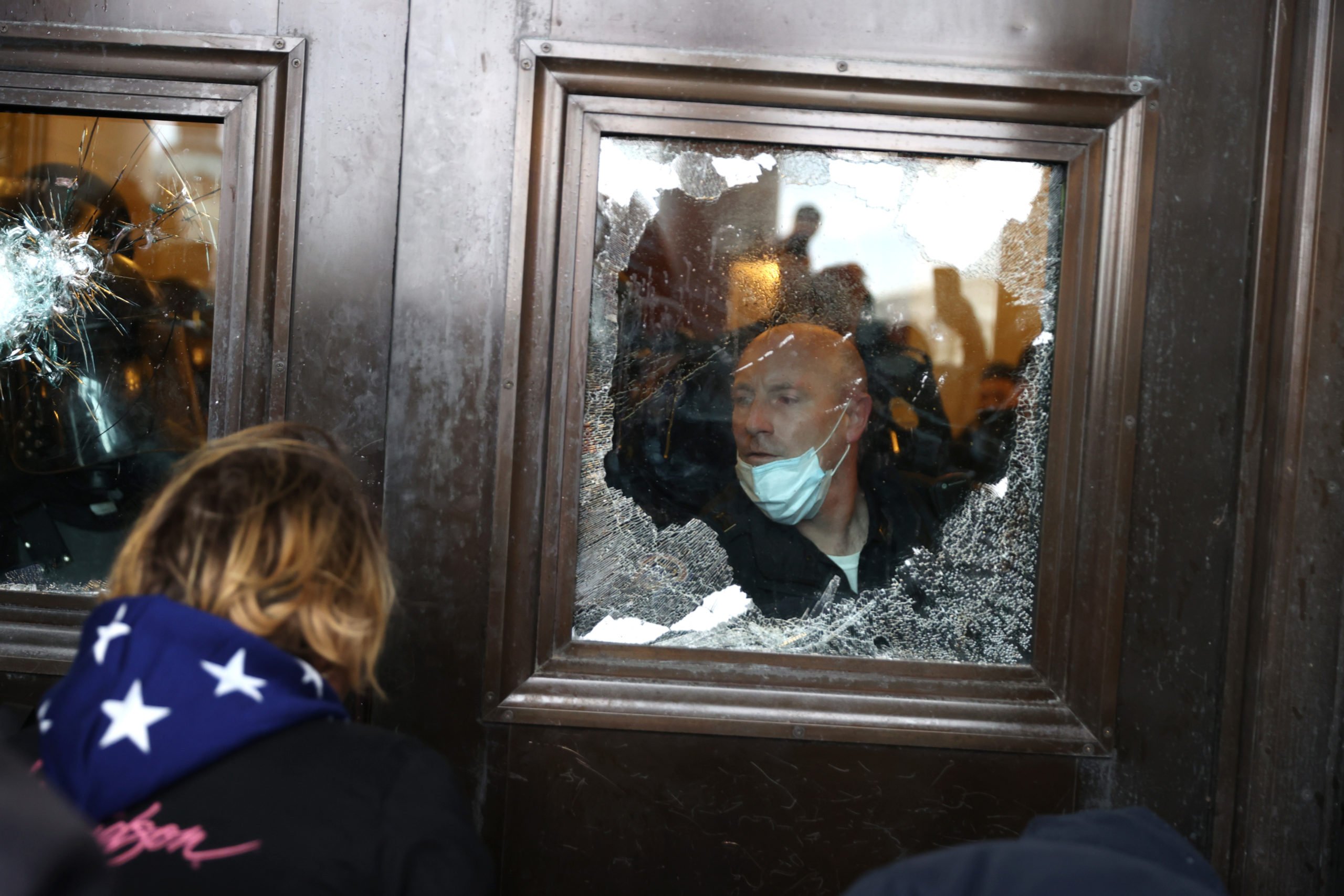 A Capitol police officer looks out of a broken window as protesters gather on the U.S. Capitol Building on January 06, 2021 in Washington, DC. (Tasos Katopodis/Getty Images)

Steven D’Antuono, the head of FBI’s Washington Field Office, said Friday that “there was no indication” of planned violence at Wednesday’s Trump rally. Officials also spent weeks before the Jan. 6 riot dismissing suggestions that the event could become “a security threat,” The Post reported.

The memo was first reported by ABC News and not all of it is verified or corroborated, according to The Post. The section noting a “war” seemed to come from one thread online, The New York Times reported.

Information in the document allegedly includes suggestions that individuals “might storm government offices, or stage an uprising where were Trump to be removed from office,” The Post wrote.

Since the storming of the Capitol, the FBI has been working to identify and arrest individuals that took part in the incident. In addition, the FBI has sent out warnings for future potential violence as the country prepares for President-elect Joe Biden’s inauguration. (RELATED: FBI Seeking Tips To Identify Members Of Pro-Trump Mob Who Stormed Capitol)

“Our efforts are focused on identifying, investigating, and disrupting individuals that are inciting violence and engaging in criminal activity,” the FBI said in a statement according to The Post. “As we do in the normal course of business, we are gathering information to identify any potential threats and are sharing that information with our partners.”

“The FBI respects the rights of individuals to peacefully exercise their First Amendment rights. Our focus is not on peaceful protesters, but on those threatening their safety and the safety of other citizens with violence and destruction of property,” the statement continued.