Rep. Lauren Boebert of Colorado responded to Democrats in a statement Monday after being urged to resign since the riots that took place at the Capitol on Jan. 6.

Boebert faced criticism for tweeting during the riot saying, “The Speaker has been removed from the chambers.” Critics have said this tweet was irresponsible and could have put Speaker of the House Nancy Pelosi in potential danger. While Pelosi has not personally commented on the matter, some have urged Boebert to step down and resign, reports Newsweek.

The Speaker has been removed from the chambers.

The new Congresswoman fired back at those calling for her resignation, pointing out what she described as hypocrisy on the left and even with some  Hollywood stars, in the statement issued Monday on Boebert’s Congressional website.

“We should take Democrats at their word when they say never let a crisis go to waste. Their hypocrisy is on full display with talks of impeachment, censure, and other ways to punish Republicans for false accusations of inciting the type of violence they have so frequently and transparently supported in the past,” the statement reads. “And, once again, their false attacks go unchallenged. They accuse me of live-tweeting the Speaker’s presence after she had been safely removed from the Capitol, as if I was revealing some big secret, when in fact this removal was also being broadcast on TV.”

Democrats did have some objections in the years noted by Boebert, however, they were more limited in scope, according to Newsweek.

Boebert went on to talk about a statement Pelosi made in 2018 about the family separation policy, as well as Joe Biden and Kamala Harris with the violence that occurred over the summer. “The reality is that Joe Biden didn’t condemn Antifa when he had a chance to, Kamala Harris spent much of the summer helping those arrested for violent behavior post bail and get back on the streets as quickly as possible, and Speaker Pelosi encouraged uprisings all over the country.” 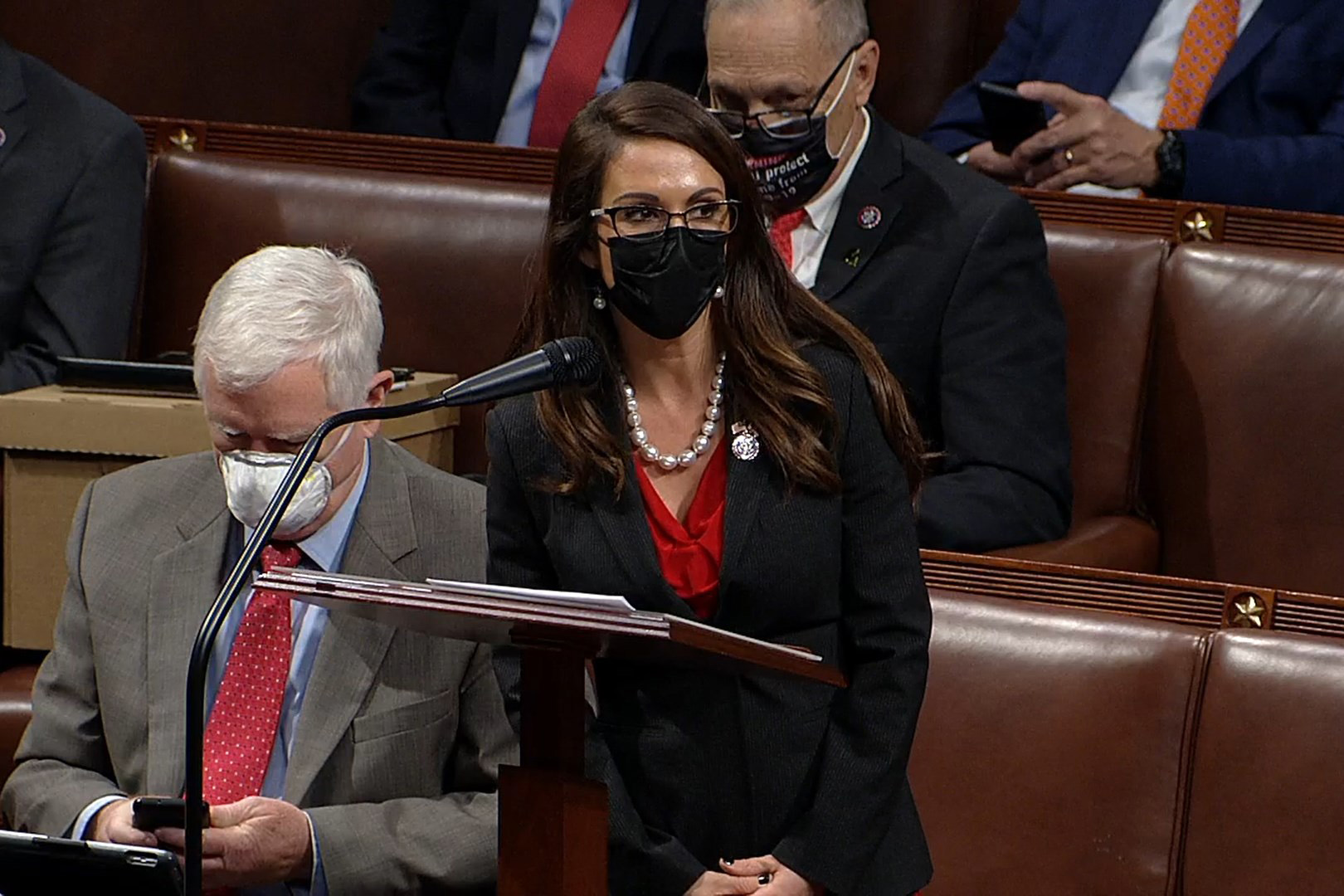 WASHINGTON, DC – JANUARY 06: In this screenshot taken from a congress.gov webcast, Rep. Lauren Boebert (R-CO) speaks during a House debate session to ratify the 2020 presidential election at the U.S. Capitol on January 6, 2021 in Washington, DC. (Photo by congress.gov via Getty Images)

“I denounced the violence over the summer just as I did the recent events at the Capitol. I defended our Constitution and I always will. America will persevere because freedom always prevails. But let’s get real—the far-left and their policies are causing harm to our country. I refuse to let their political machine write a narrative that millions of Americans know is false,” Boebert said in the statement. (RELATED: 84 Reps Want To Keep Ability To Carry Guns In Capitol, Say DC Is Unsafe)

There is also list of quotes from Democrat politicians and Hollywood celebrities that, according to Boebert, “encourage mob violence.” The names on the list range from Barack Obama and Nancy Pelosi to Johnny Depp and Madonna, reports Newsweek.

An activist group out of the Congresswoman’s home state, Rural United Colorado, asked for her Congressional colleagues to expel her in a statement given last week. “Lauren Boebert has betrayed the American people and is a conspirator in the insurrection that occurred at Capitol Hill on January 6th,” the statement said. “As the citizens she represents in Congress, we cannot recall her and we cannot impeach her, but we do not accept that she is fit to represent the people of Colorado District 3 in Congress. We can only hope that her colleagues in Congress expel her.”