Vice President Mike Pence rejected calls for him to remove President Donald Trump from office using the 25th Amendment and urged Congress not to impeach the president Tuesday.

The comments represent the first time Pence has addressed calls from Democrats and many Republicans to remove Trump from office over accusations he incited the pro-Trump mob that stormed the U.S. Capitol last week. Pence explained to House Speaker Nancy Pelosi in a Tuesday letter that he did not believe the removal of Trump via either method was the right move. (RELATED: Is There A Chance Trump Is Impeached And Convicted Before The End Of His Term?)

“I do not believe that such a course of action is in the best interest of our Nation or consistent with our Constitution,” Pence said in the letter. He added that the text of the 25th amendment implied it was only to be used if a president was mentally incapable of carrying out the duties of his office. He argued it would “set a terrible precedent” to use the amendment to remove a president for bad action.

Pence’s letter added that he had felt “pressure” from the president to “exert power beyond my constitutional authority” and refuse to certify the states’ electoral votes. 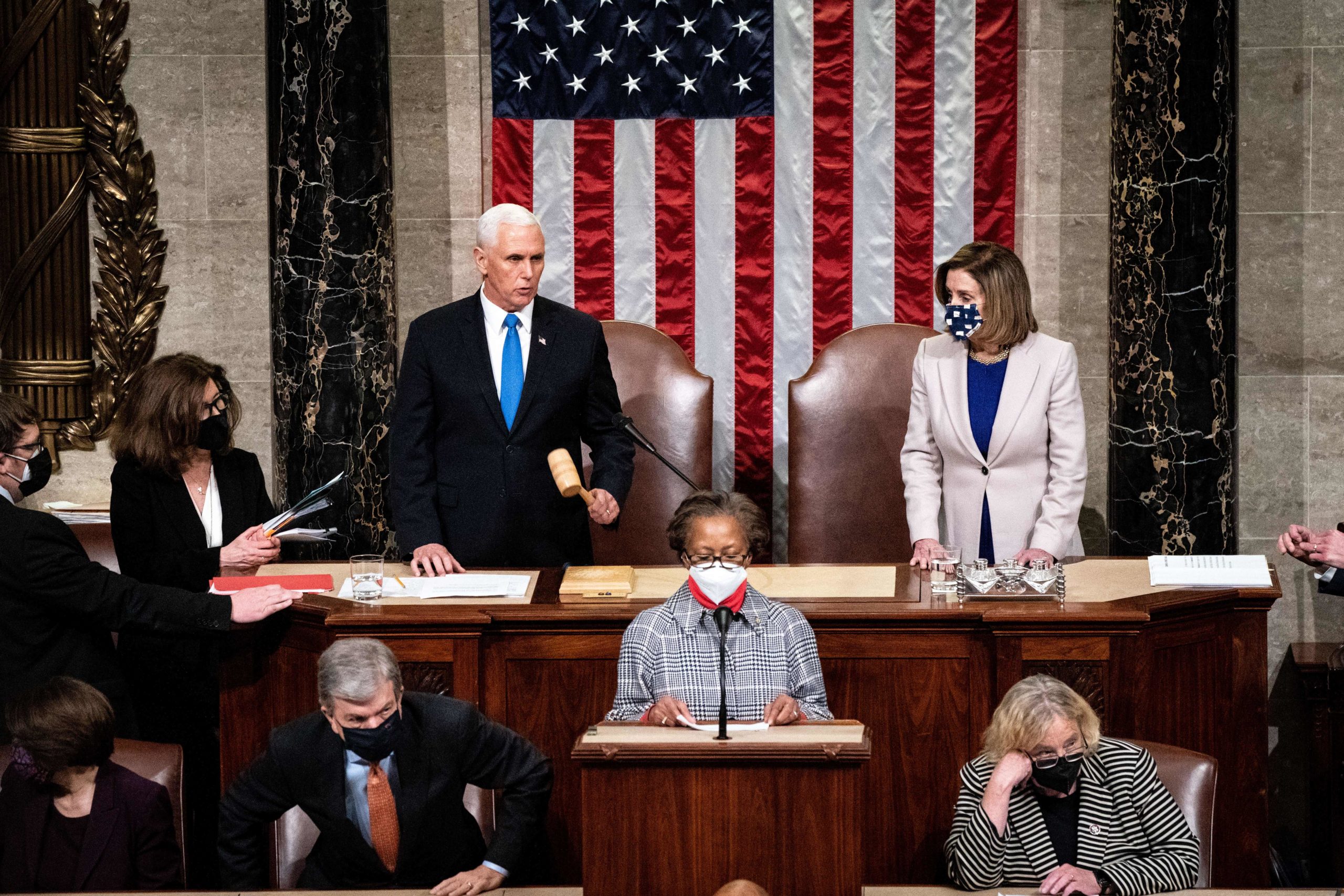 TOPSHOT – Vice President Mike Pence and House Speaker Nancy Pelosi preside over a Joint session of Congress to certify the 2020 Electoral College results after supporters of President Donald Trump stormed the Capitol earlier in the day on Capitol Hill in Washington, DC on January 6, 2021. – Members of Congress returned to the House Chamber after being evacuated when protesters stormed the Capitol and disrupted a joint session to ratify President-elect Joe Biden’s 306-232 Electoral College win over President Donald Trump. (Erin Schaff AFP/ Getty images)

The Democratic-held House is poised to vote on Trump’s impeachment Wednesday, a measure many Republicans have joined with. What happens after the impeachment vote is up in the air, however.

Some Democrats have suggested pressing forward for immediate conviction in the Senate. The possibility seemed to be a long shot during Trump’s first impeachment trial, but the prospect is now plausible thanks to many Republicans’ horror at Trump’s role in the storming of the Capitol on Jan. 6. One unexpected obstacle to that plan, however, is President-elect Joe Biden. He said Monday that Congress needs to be ready to handle the legislation his administration will propose on day one, and not be distracted with impeachment proceedings.