Sheldon Adelson, the Las Vegas casino mogul and Republican megadonor, passed away from complications related to non-Hodgkin’s Lymphoma, his company announced on Tuesday.

Adelson, 87, was raised in a Boston tenement by Jewish immigrants and rose throughout his life to become a multi-billionaire, the company said, at one point making him the third-richest person in the world. He and his wife, Miriam, were President Donald Trump’s largest donors, and donated $525 million to federal political campaigns and committees throughout the past decade.

In addition to the Las Vegas Sands casino, Adelson owned the Las Vegas Review-Journal and two Israel newspapers. He was a staunch ally of Israel and Prime Minister Benjamin Netanyahu.

Trump awarded Miriam Adelson the presidential medal of freedom in 2018 for her philanthropic work. The president lashed out at the Adelson in August for not donating more to his campaign, worrying GOP officials who thought that the president risked alienating the party’s largest donor. (RELATED: Sheldon Adelson Donated $5 Million To Trump’s Inaugural Committee)

Adelson said days later that he was “110% percent behind the president,” and campaign finance records show that he and his wife gave $218 million to Republicans throughout the 2020 cycle, according to the Center for Responsive Politics. 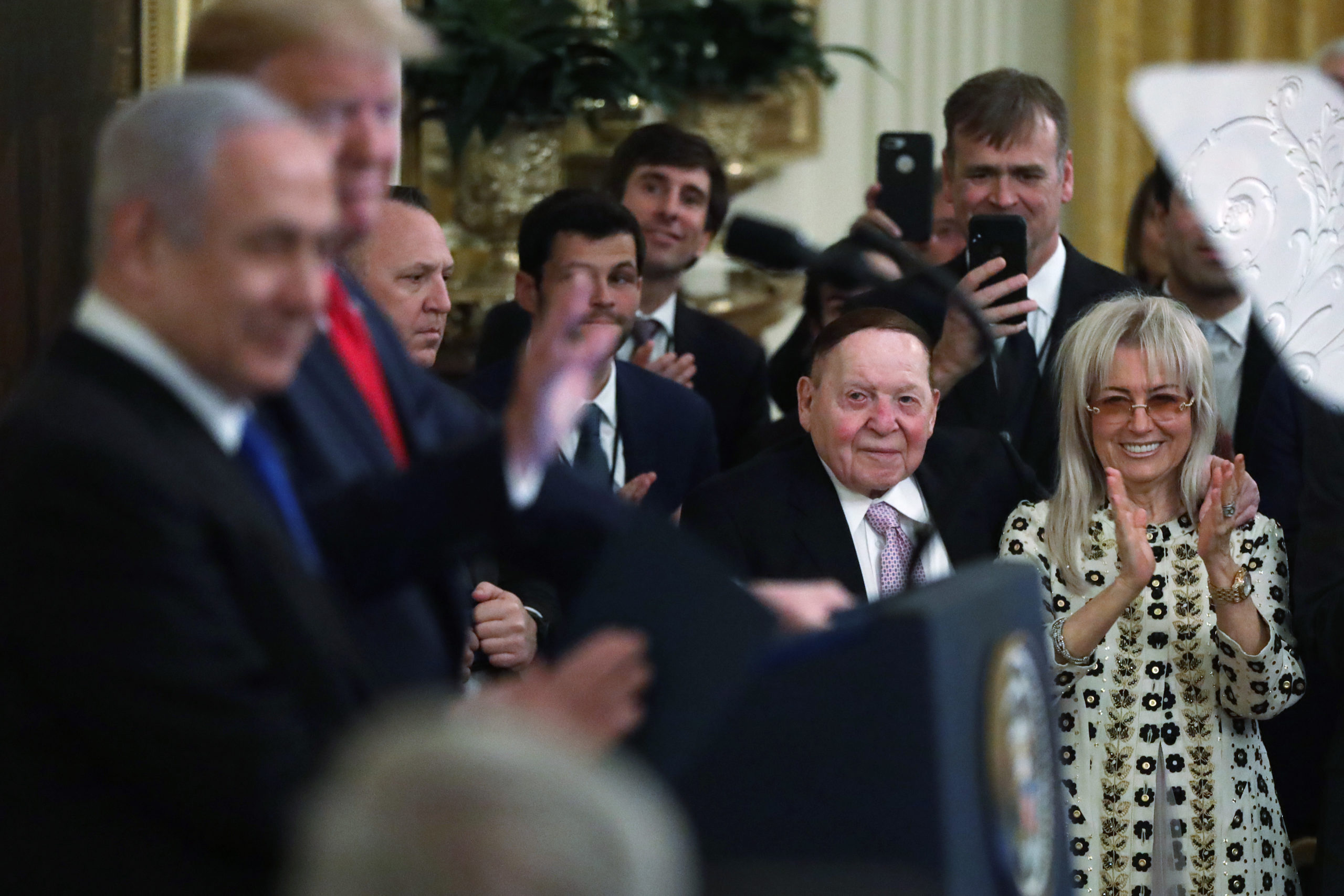 “While his business credentials — having started or been involved in more than 50 different enterprises — are unquestioned, his dedication to philanthropy and commitment to his family will truly be his legacy,” his company said.

House Minority Leader Kevin McCarthy also praised Adelson following his death, saying in a statement that his legacy “will last many lifetimes.”

“We will always remember how he helped improve the nations he loved, advance the democratic values they stood for, and support the people who called them home. He was freedom’s greatest friend,” McCarthy said.