House Democrats have vowed to vote to impeach President Donald Trump as early as Wednesday, but what happens after that is up in the air.

Some Democrats have suggested pressing forward for immediate conviction in the Senate. The possibility was laughable during Trump’s first impeachment trial, but the prospect is now plausible thanks to many Republicans’ horror at Trump’s role in the storming of the Capitol last week. One unexpected obstacle to that plan, however, is President-Elect Joe Biden. He said Monday that Congress needs to be ready to handle the legislation his administration will propose on day one, and not be distracted with impeachment proceedings.

House Majority Whip and South Carolina Democratic Rep. Jim Clyburn has suggested a different route that may appease both factions within his party: impeach now, convict later. He suggested that House Speaker Nancy Pelosi lead the House to impeach Trump, but to not deliver the article of impeachment to the Senate until 100 days after Biden is inaugurated, giving the administration time to “get his agenda off and running.” (RELATED: Is There A Chance Trump Is Impeached And Convicted Before The End Of His Term?)

But 100 days is a long time, perhaps long enough that the current anger over the Capitol riots won’t then be able to sway enough Republicans to jump party lines and vote to convict Trump. Even today, the vote would be a tough sell as it requires a two-thirds majority to convict and remove a president from office. 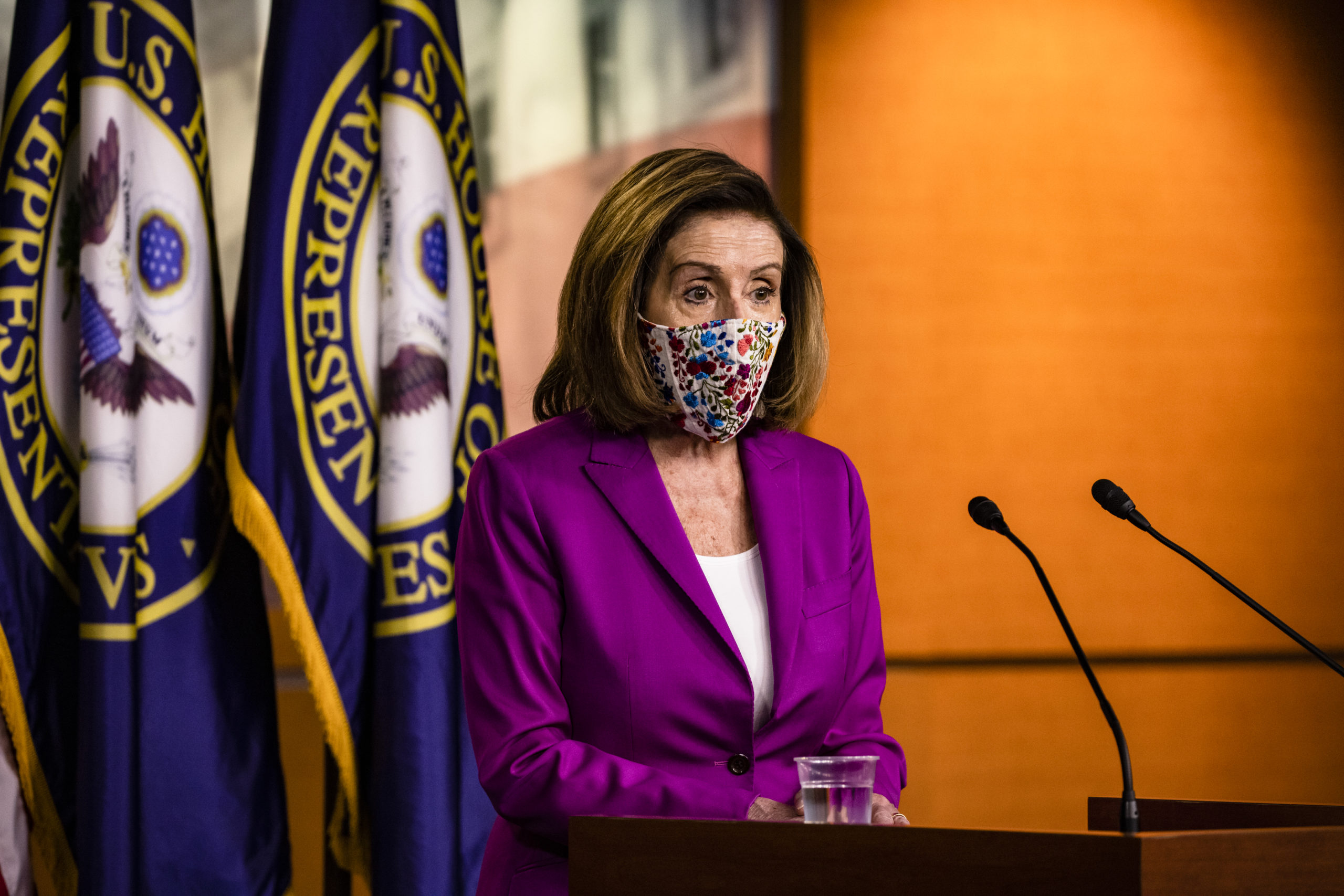 WASHINGTON, DC – JANUARY 07: Speaker of the House Nancy Pelosi calls for the removal of President Donald Trump from office either by invocation of the 25th Amendment by Vice President Mike Pence and a majority of the Cabinet members or Impeachment at the U.S. Capitol on January 7, 2021 in Washington, DC. (Photo by Samuel Corum/Getty Images)

“I think the timing really creates a problem,” one GOP Senate aide told the Washington Post. “If we somehow voted on impeachment [on the night of the riots], we could have gotten 80 votes.”

“I can’t imagine a world where we get through the 100 days and think, you know what we really need to tackle is? Impeaching Trump. Democrats should have stuck to it through the weekend and voted it for it ASAP. I think it was a huge tactical error on their part,” the aide added.

For those who seek to impeach and remove the president, delay is fatal but speed poses the risk of a disastrous acquittal for Trump on the lowest point of his presidency.

Polls show that just 33 percent of Americans currently approve of the president, and that in itself may be enough. Prior to the storming of the Capitol, Trump was on the path toward maintaining his grip over the Republican Party even while out of office. He planned to run again in 2024, which — if his health allows — would have been entirely plausible.

Now that his supporters have violently stormed the Capitol, however, Trump’s influence over the party’s politics appears to be waning. Republican South Carolina Sen. Lindsey Graham, one of Trump’s closest supporters, condemned the president’s attempts to overturn the election results last Wednesday, saying it was time for Trump to face reality.