The U.S. will ban imports of cotton and tomato products from the Xinjiang region of China in an effort to eliminate slave labor from domestic supply chains, the Department of Homeland Security announced Wednesday.

An ongoing investigation found that forced labor is being used in the Xinjiang Province of China where the Chinese government has detained over one million Uighurs and other minorities in “re-education” internment camps because of their ethnic and religious affiliations, Acting Deputy Secretary of the Department of Homeland Security Ken Cuccinelli said in a press briefing Wednesday.

The investigation found that goods in the region are produced using forced labor and by detainees and prison labor in the area, Customs and Border Protection (CBP) Acting Commissioner Mark Morgan said on the call.

“Made in China does not just indicate a country of origin — it’s a warning label,” Cuccinelli said.

“It’s clear, it’s crystal clear, that the Chinese government is executing a campaign of oppression targeting the Uighur people and other ethnic and religious minority groups,” Morgan said. 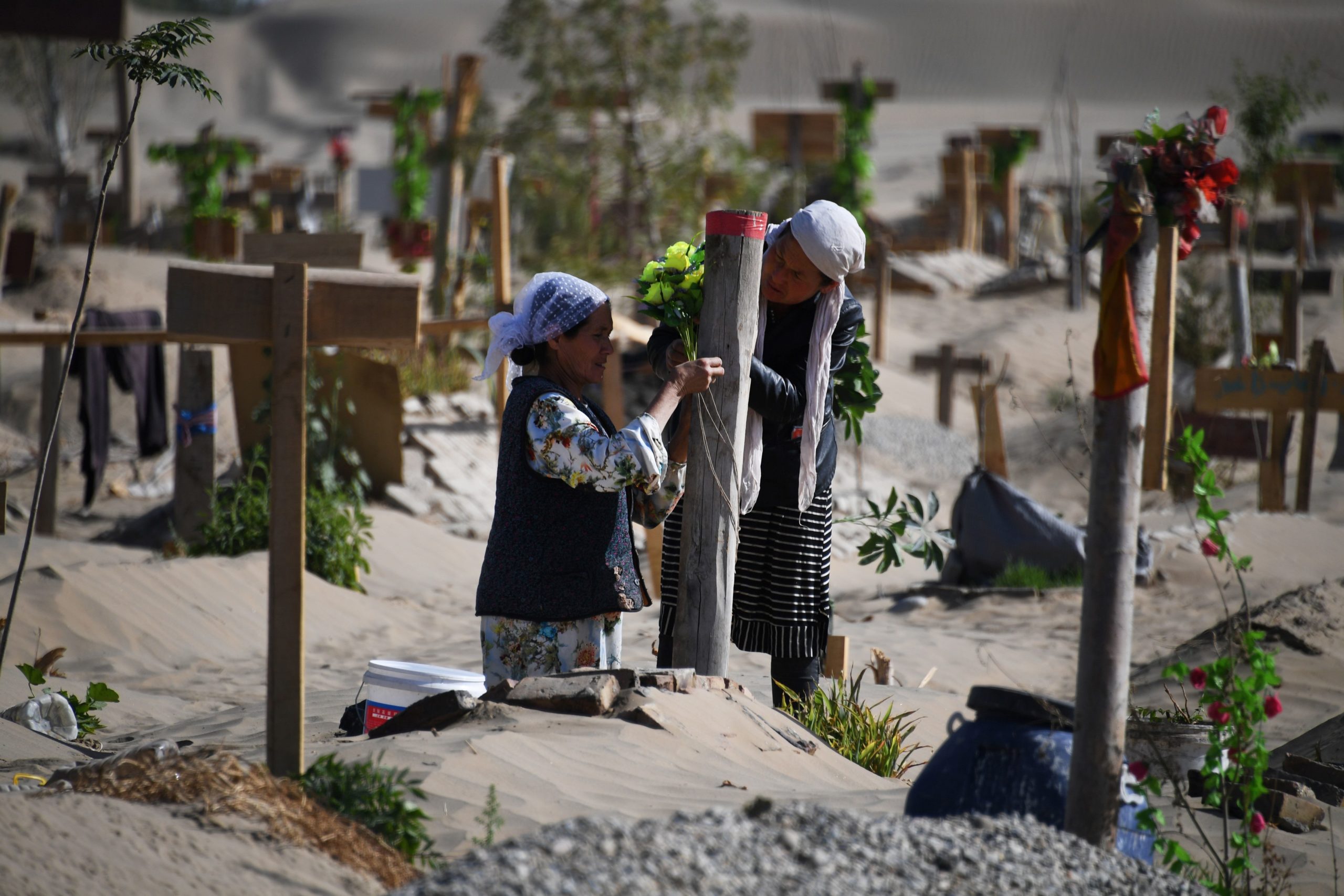 China has enforced a massive security crackdown in Xinjiang, where more than one million ethnic Uighurs and other mostly Muslim minorities are believed to be held in a network of internment camps that Beijing describes as “vocational education centres” aimed at steering people away from religious extremism. (GREG BAKER/AFP via Getty Images)

The new Withold and Release Order (WRO) allows and authorizes all CBP personnel to detain shipments containing certain goods at every point of entry, according to Morgan. The WRO applies to all products shipped from other countries that might be made from products that originated in Xinjiang, including processed items such as apparel made of cotton, tomato sauce and canned tomatoes.

“Consumers have a right to know where these products are coming from and how they are produced,” Morgan said. (RELATED: US To Block Cotton And Tomato Imports From China’s Xinjiang Region Amid Forced Labor Concerns)

The goal of the WRO is that the shipments completely stop and that China abandons the harmful practice of slave labor, Morgan said. The WRO targets an entire area instead of one specific company which broadens the scope CBP can work under.

Over 300 shipments containing $50 million worth of goods made by forced labor were seized by CBP last year, according to Morgan.