House Minority Leader Kevin McCarthy said in his speech during the impeachment debate Wednesday that President Donald Trump should not be impeached but harshly criticized him for inciting the Capitol Hill riot and failing to adequately condemn the violence.

“Some say the riots were caused by antifa. There is absolutely no evidence of that, and conservatives should be the first to say so,” McCarthy stated. “We saw mob violence met by courage, sacrifice and heroism from the brave men and women who protect this institution every day.” (RELATED: McConnell Confirms The Senate Won’t Hold Trump’s Impeachment Trial Before Biden’s Inauguration) 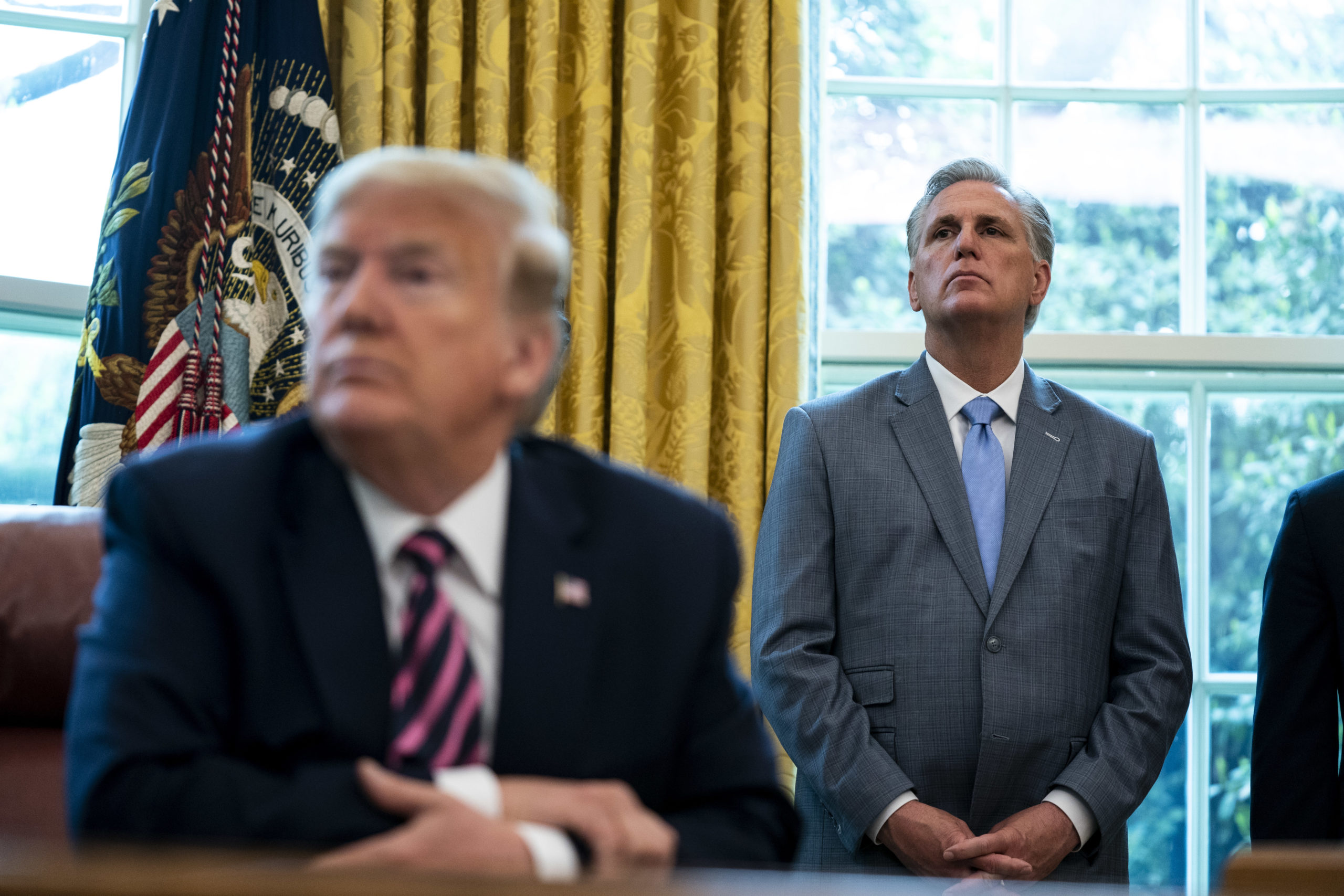 WASHINGTON, DC – APRIL 24: House Minority Leader Rep. Kevin McCarthy (R-CA) and U.S. President Donald Trump attend a signing ceremony for H.R. 266, the Paycheck Protection Program and Health Care Enhancement Act, in the Oval Office of the White House on April 24, 2020 in Washington, DC. The bill includes an additional $321 billion for the Paycheck Protection Programs forgivable loans to cover payroll and other costs for small businesses. Hospitals and other health care providers will receive $75 billion and another $25 billion is allocated for COVID-19 testing. (Photo by Anna Moneymaker/The New York Times/POOL/Getty Images)

McCarthy added, however, that while Trump does bear “responsibility for Wednesday’s attack on Congress,” the timing for impeachment doesn’t make sense and that removing Trump from office when he only has days left in his term would “further divide this nation.”

“No investigation have been completed, no hearings have been held. The Senate has confirmed no trial will begin until after President-Elect Biden is sworn in,” he stated. “A vote to impeach will further fan the flames of partisan division. Most Americans want neither inaction nor retribution. We want durable, bipartisan justice.”

Shortly after McCarthy concluded, Trump issued a statement via the White House press office condemning any future violence taken on his behalf.

“In light of reports of more demonstrations, I urge that there must be NO violence, NO lawbreaking and NO vandalism of any kind,” the statement reads. “That is not what I stand for, and it is not what America stands for. I call on ALL Americans to help ease tensions and calm tempers. Thank You.”