Following the riots at the U.S. Capitol Building in Washington, D.C. last week, Major League Baseball (MLB) announced it is suspending all political contributions and will be reconsidering its lobbying strategy.

MLB made this announcement as an exclusive to The Associated Press today. They will join an increasing number of companies which have decided not to continue with lobbying efforts in the U.S. Capitol.

“In light of the unprecedented events last week at the U.S. Capitol, MLB is suspending contributions from its Political Action Committee pending a review of our political contribution policy going forward,” the league said in a statement to the AP.

Whereas many companies have stated they will refrain from making donations to those members in the House and Senate who opposed certifying the election for President-elect Joe Biden, MLB has postponed all financial support to both political parties completely. 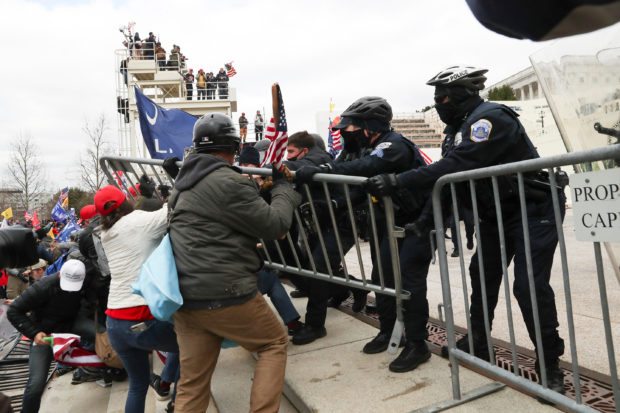 The riots at the U.S. Capitol have led Major League Baseball to ban political donations to all members of the U.S. Congress (Photo by Alex Gakos/Shutterstock)

Of the four major professional sports leagues, MLB is the first to publicly state that it will change its lobbying strategy as a result of the violence at the Capitol Building on January 6 following the rally held by President Donald Trump, the AP reported. (RELATED: Trump To Supporters: ‘NO Violence, NO Lawbreaking’ At Inauguration Protests)

Since 2016, the Office of The Commissioner of Major League Baseball Political Action Committee has donated $669,375 to candidates in the Senate and House with 52.4 percent of those donations going to Republicans, according to The Center for Responsive Politics.