President-elect Joe Biden is abandoning his plan to take the Amtrak train to Washington for his inauguration Jan. 20 due to heightened security concerns, according to CNN.

The change in plans was partly in response to his final stop at Union Station in Washington, D.C., which raised concerns because of its proximity to the Capitol building, according to CNN.

Biden previously told his team last week to keep his plan to take the Amtrak to his inauguration, despite the Jan. 6 violence at the Capitol, CNN reported.

Riding the Amtrak was a large part of Biden’s public image during his Senate career. He rode the Amtrak home after leaving office as vice president and also conducted a train tour through Pennsylvania and Ohio during his 2020 presidential campaign, according to the Associated Press.

The President-elect’s transition team released a statement saying that Biden was briefed by senior intelligence officials as well as members of his own national security team on the possibility of violence on Jan. 20, according to CNN. (RELATED: National Guard To Deploy ‘At Least’ 10,000 Troops To DC Ahead Of Inauguration.)

“In the week since the attack on Congress by a mob that included domestic terrorists and violent extremists, the nation has continued to learn more about the threat to our democracy and about the potential for additional violence in the coming days, both in the National Capital Region and in cities across the country,” the statement said. “This is a challenge that the President-elect and his team take incredibly seriously.” (RELATED: Two Off-Duty Cops Charged In Capitol Riots; One Allegedly Bragged He ‘Attacked The Government’) 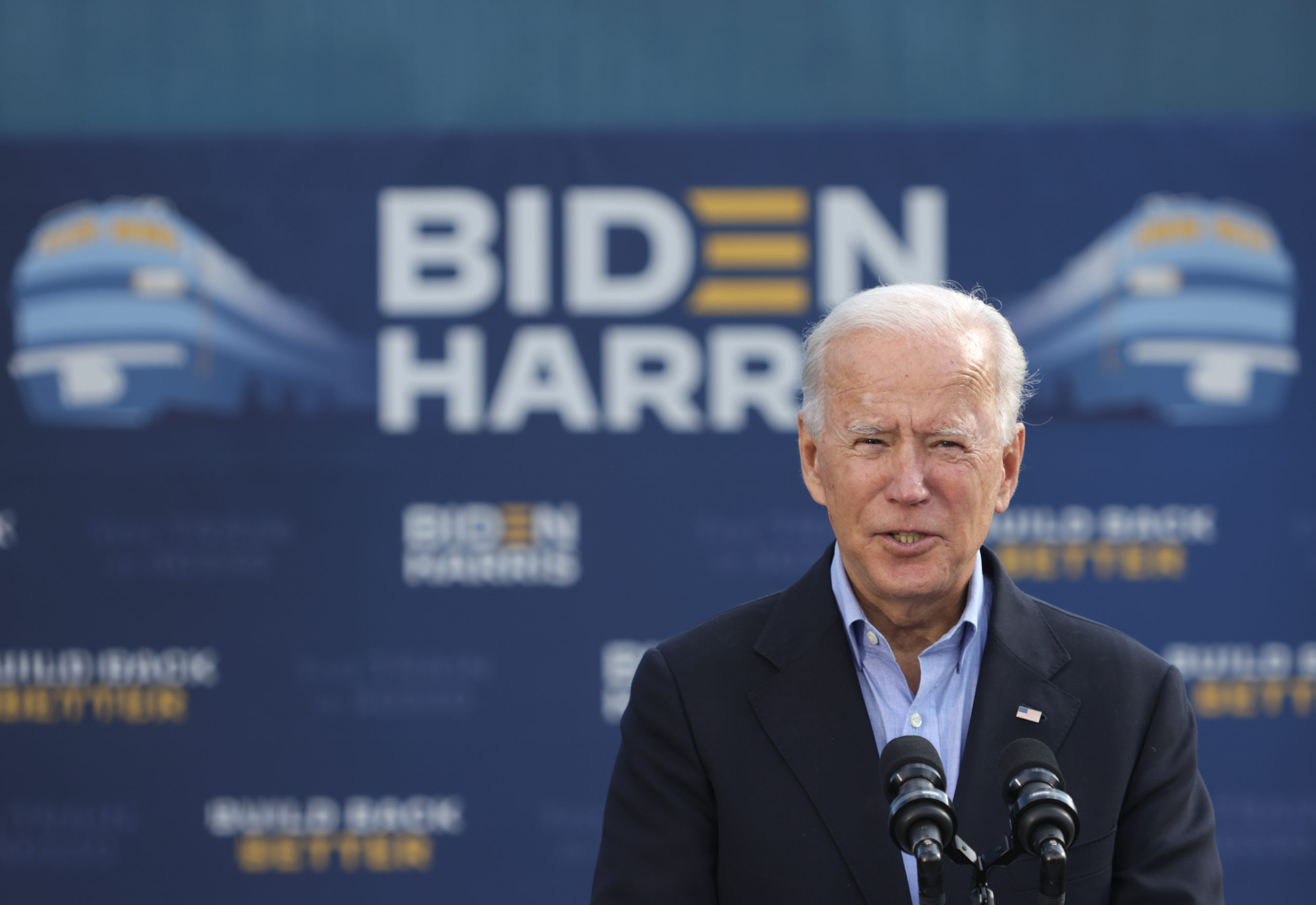 Joe Biden speaks before embarking on a train campaign tour at the Cleveland Amtrak Station in Ohio. (Photo by Alex Wong/Getty Images)

On Monday, Democratic D.C. Mayor Muriel Bowser requested that President Donald Trump and various federal agencies assist in preparing for the inauguration of President-elect Joe Biden and asked that Trump declare a pre-emergency disaster for Washington, a measure taken before former President Barack Obama’s inauguration in 2009.

Washington Police Chief Robert Contee said that over 20,000 National Guard troops are expected in Washington to prevent any violence during Biden’s inauguration ceremony and that the terrorism threat level could be raised, sources told CNN.